A sunny Saturday in NYC's Central Park and another round of photographers are taking photos.

In front of their lenses, engaged couples wanting a nice engagement photo of themselves.

And you hear the photographers call out to them from behind their cameras, saying, "Now look at me and smile! Now look at each other and smile!"

And on command the couples mug for the camera, plant their lips together and kiss.

When it comes to photos of couples in love, these "smile and kiss" shots make up the bulk of standard snapshots of their lives.

But let's slow time down for a moment. And smell the roses.

Because there's something great and wonderful here, but you haven't seen it, yet.

It's being missed by everyone.

Because it's not in those poses I mentioned above. Though it's found in-between them.

This is what I've discovered from photographing couples in love:

When two lovers are about to kiss, they first look downward upon each others lips. It's almost instinctive. 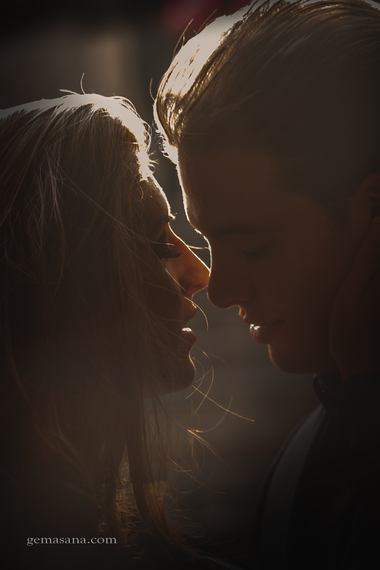 Then as they draw closer, their breathing changes. When they focus on each other rather than on performing for the camera, there's a shift in their mood. They go into a different, more private, zone. And the camera's no longer there.

It's as if we're allowed a little peek into their feelings.

Their lips part slightly, softly, the moment before they kiss.

And in that one moment, there's anticipation.

There's a certain freedom, a grace, a beauty, in willfully abandoning themselves to their love. 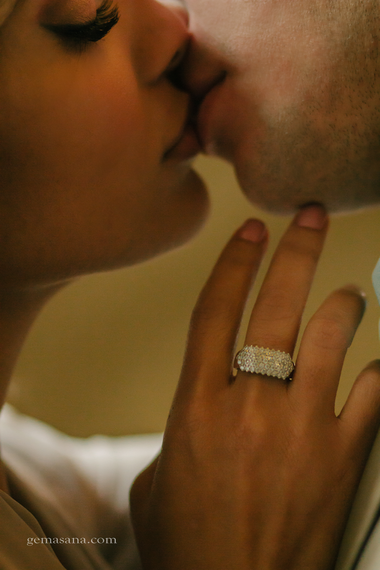 There's so much heart and soul in that one moment because it's so real and genuine, coming from their hearts - because it's not a photo resulting from a photographer's scripted cue.

It happens when you let the couple act freely. In fact, you can't pose unscripted expressions even if you tried.

It's not even about us seeing something tangible, like a picture of a kiss would be. It's a portrait showing the invisible, what's unseen, what's unspoken.

You sense their sensitivity. Their serenity. You feel their passion. Their desire.

All that, proceeds from their love. 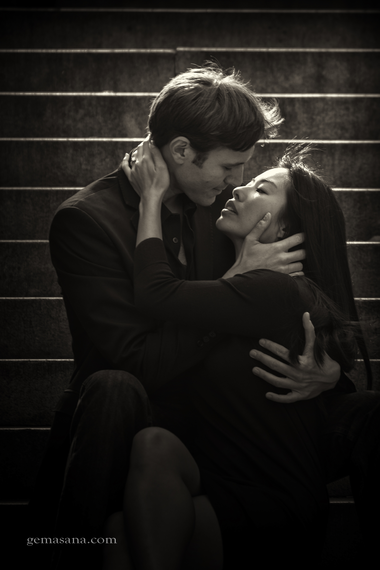 You're seeing something speaking to how they feel deep inside, beating in their hearts.

It manifests differently with everyone. Each couple is unique.

For a slight second, it resonates across their expressions. Which is why it's the exact moment in time I want to grab with my camera to have forever.

In this digital world of ours where so many "smile and kiss" images are added virtually every day, a portrait that also captures what's happening inwardly, in that very instant, to that engaged couple at this time in their lives? 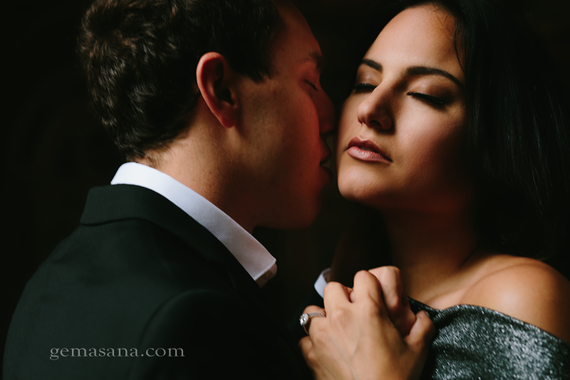 Maybe it's just sentimental me, but a portrait with that dimension embedded into it, transcends the ordinary and speaks to me like a lasting tribute, an enduring testament of love. 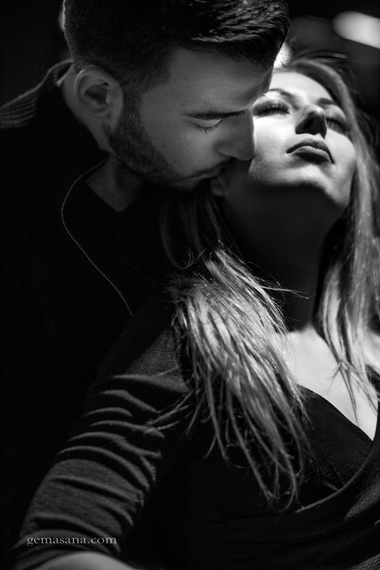 More:
portraitureweddingsengagementsengagements and proposalsengagement photos
Newsletter Sign Up
A weekly guide to improving all of the relationships in your life
Subscribe to HuffPost’s relationships email
Successfully Subscribed!
Realness delivered to your inbox