With research by Jeff Irvine M.P.A. Candidate in Environmental Science and Policy at Columbia University

The saying goes that you can't hold up a torch to light another's path without brightening your own. But when that torch is Luci, the reverse also holds true. Luci is an inflatable, waterproof, solar-powered light that was recently featured as one of the top ten coolest gadgets by Women's Day Magazine. And every time you purchase one to glitz up your ballroom, illuminate your camping tent, or serve as an emergency light in case of a power outage, another Luci will be distributed to someone who lives without electricity every day.

When this someone is a woman, the light Luci provides is especially important.

The concept behind Luci, created by New York-based Benefit Corporation MPOWERD, lies at the intersection of safety, health, and education. Over 1.6 billion people around the world lack access to electricity, the majority of whom live in Sub-Saharan Africa and Southeast Asia. An additional 1.5 billion have irregular access to energy or cannot afford the grid. This means that nearly half the world's population lives in virtual darkness.

For women everywhere, light is often equated with safety. I'm thinking about how when I travel -- even if it's to a fairly safe region -- I prefer to arrive in the morning versus the middle of the night. And like many other women, both in New York City and abroad, I always intuitively walk on the well-lit side of the street. Light provides us with the ability to see when someone is approaching, and allows for a greater likelihood that someone else might bear witness if a crime is attempted. 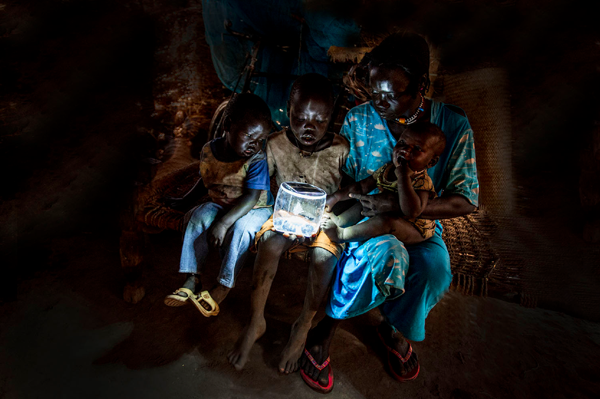 This is particularly relevant in areas plagued by sexual violence. Look, for example, at the tragic case of a young, female student who was brutally gang-raped last December in Delhi. In response, men and women gathered to "Take Back the Night" on the streets of Delhi, protesting against the danger of sexual assault that has become commonplace for female residents. MPOWERD is partnering with Indian NGO Chintan in order to provide these women with a way to see and be seen.

In a Delhi slum, even when there is erratic electricity supply, there are no lights near the only available public toilets, subjecting women to a potential attack when she has to head out in the darkness. Solar-powered lighting like Luci can help ensure safety of young girls and women in slums and IDP camps where the incidence of rape and violent crime increases by over 50% in the absence of light. In fact, field experience has demonstrated that the number of cases of rape in a camp decreased from 57 per week to just 2 after lights were installed.

Women and children who live off the electricity grid also must spend valuable time collecting water and fuel for lighting and cooking, which is time-consuming, exhausting and risky work. Common injuries include back and foot damage, wounds, cuts, sexual assaults, and exposure to extreme weather. And the large number of daily hours women need to collect and use solid fuel leaves them with no other option than to take young children with them, exposing them to the same health impacts.

In some developing countries, girls spend more than 7 times as many hours collecting wood and water than adult males, and 3.5 times as many hours compared to boys the same age. In India, for instance, the typical woman spends 40 hours collecting fuel per month during 15 separate trips, many walking more than 6 kilometers round trip (Sangeeta, 2008). This amounts to 30 billion hours spent annually (82 million hours per day) collecting fuelwood, with an economic burden (including time invested and illnesses) of $6.7 billion (300 billion rupees) per year (Reddy et al., 2009).

The time women and girls spend collecting fuel, water, or other means of livelihood is also time that they're not spending in education. One study in Malawi noted that literacy levels were lower in fuelwood stressed regions of the country, and it also found a strong correlation between the time children spend collecting fuel and reduced school attendance (Gaye, 2007). Furthermore, one study of Mali found that the expansion of energy access improved girl to boy ratios in school, doubling the ratio in some districts.

Luci seeks to remedy this one light at a time. It's a clean, affordable, and sustainable solution to the energy poverty challenge. And it's different from other solar powered lanterns on the market: incredibly lightweight, 3.8oz and compact, durable, user-friendly, and most importantly, affordable for the world's poorest households.

But lighting up the world is no easy task.

We launched an Indiegogo campaign that is allowing us to scale-up our current work and invest in continued research and development for new innovative products. We have just a few days left so please visit our campaign page and support our efforts to light up the world indiegogo.com/mpowerd. 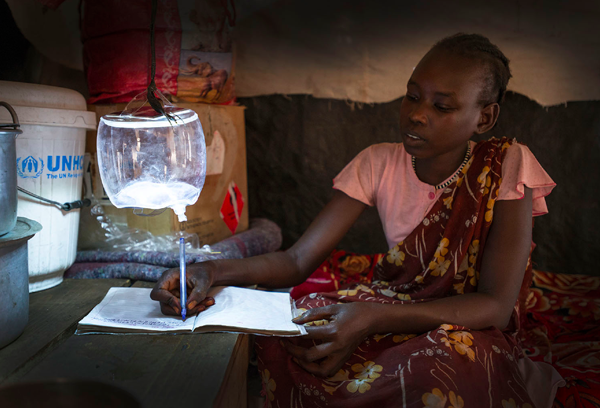 We've also launched a Buy One Give One model in order to get Lucis to those in communities that need it most. Recognizing the unique impact of energy poverty on women, we selected Seattle-based nonprofit A New Course to be our first partner in this effort - an organization committed to providing women with the support and resources they need to spearhead conservation efforts and sustainable development. Now when you buy a Luci to light up your life, MPOWERD will send Luci to women living in Kenya's Rift Valley and the Eastern Arc of Tanzania.

On this International Women's day, I am reminded of the courageous young girls I have encountered in my travels and humanitarian work like Christine, who lived in a refugee camp in Haiti after the earthquake and quoted Plato to me as her motivation for wanting an education because "the unexamined life is not worth living". Again, I turn to his wisdom to pay homage to these visionaries. "The souls of people, on their way to Earth-life, pass through a room full of lights; each takes a taper-often only a spark-to guide it in the dim country of this world. But some souls, by rare fortune, are detained longer-and have time to grab a handful of tapers, which they weave into a torch. These are the torch-bearers of humanity- it's poets, seers, and saints, who lead and lift the race out of darkness, toward the light. They are the law-givers and saviors, the light-bringers, way-showers and truth -tellers, and without them, humanity would lose its way in the dark."

I solemnly dedicate this day to each of them and to our little Luci who I hope will leverage the power of business for real social impact. Truly, Luci provides much more than her compact stature would indicate. So go ahead, this International Women's Day buy yourself a stunning and useful new light - you'll brighten up another path in the process.