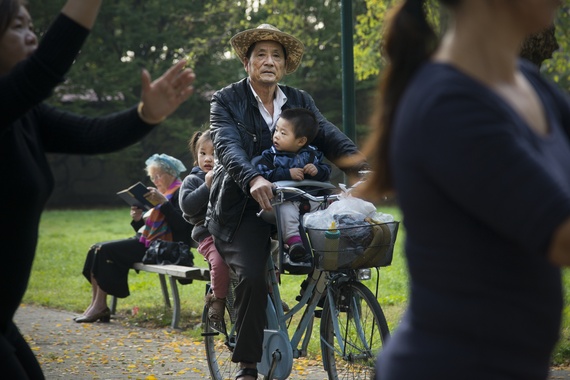 A normal day in Prato, home to one of the largest Chinese communities in Europe "This is China, Not Italy" was written on a banner during a protest staged by 600 Chinese illegal migrant workers in Prato, Italy in early July 2016. The clashes between protesters and Italian forces escalated to the point anti-rioting measures were put in place using tear gas to re-establish order (see article on the South China Morning Post) One of the demonstrators, sweating heavily after confrontation with local police, voices his plea: "All we get is inspections. We are assaulted and robbed. The inspectors only want to get paid, but nobody protects us." On the other hand, Enrico Rossi, the regional governor known for his social engagement offers a different point of view. According to him, many of these businesses are not paying taxes and operate illegally. Rossi sees inspections as a way to monitor working conditions are up to standards and to formalise these production centres which operate on Italian soil.

One major issue and two visions.

Chinese Advantages with (Almost) No Flaws Conversely, this event also reveals something about migration and economic development in general. Three decades ago, large waves of migrants from China started flocking to Tuscany along the Prato to Florence stretch. Most of them were employed as tailors by the local textile and garment industry that, in its heydays, employed 40,000 people and was an important source of income for a very wealthy community. Very quickly, the most entrepreneurial of these new immigrants started incorporating their own companies, offering the same services at a cheaper price. Cheaper because they breached employment and safety laws, and often dodged tax obligations. The Italian businesses sourcing from them turned a blind eye, as these manufacturers were not competitors: they were supplying cheap production inputs as local suppliers. No need to go to China or India anymore: Asia was here, at hand.

By the end of the nineties, the textile industry crisis hit Prato severely and companies started closing down. Yet, the Chinese community kept growing. They started connecting to mainland China, offering the prized Made in Italy label. They diversified production by launching into garmenting and accessories. They enlarged the boundaries by reaching the frontiers of Florence (where the above mentioned protest took place) and entering the lucrative business of leather goods. Of course, most of them kept working illegally. The Chinese triad saw a business opportunity in this for human trafficking and launched a scheme whereby they sponsored workers to travel to Italy and work with no pay: a form of modern slavery. Participants were allowed to leave the system after working a certain number of years to launch their own activity. Many people were incentivized to come from China and work in awful conditions and soon enough, this created a small Chinese town in Italy. Today in Prato, you have 50,000 Chinese people out of which no more than 16,000 are registered (Guardian, July 2016.) Officially, the others don't exist!

Despite this, plenty of European distributors and brands carried on working with the Chinese community. Why? Because things were cheaper. As an example, over the ten years this has been taking place, the cost paid by a fashion brand to manufacture a luxury leather bag went from €28 to €19, and today it is around €13, excluding the cost of materials. Knowing a bag requires at least 2 hours of labour to accomplish, once you add the production overheads, what is the hourly remuneration of workers?

Clearly, this scheme created a competitive business. I recognise a few of these businesses adhered to local laws and respected employment conditions, thus revitalising the local community. Unfortunately, these are a minority. And everybody remained silent, until 2015 when one of those ghost companies - usually hidden in the back of formal factories or in an old warehouse - burnt down. Those inside perished, unable to escape from a building that didn't have any safety provisions for workers. This horrific accident triggered a big debate, leading the local police to inspect and close factories. Tensions increased and were brought to a head at the last showdown, two months ago.

Beyond the breach of responsible manufacturing, this clearly reveals a lesson on migration and economic development. If migrants are enabled to work and enter a system of employment and business based on respect and law enforcement, they can become a resource. When not formally integrated into the workforce, migrants are exploited by somebody who wants to make money on their backs, until the problem becomes something too big and bad to be managed.

Those who arrived from China migrated to Italy over a long period of time and settled in specific locations. Today, the same number of people reach Europe every six months. Unless we do something to frame these human beings emerging from the migrant crisis into a formal channel of life and work, we are going to pay a huge price in the future. Education, vocational training and employment are some of the solutions for the crisis caused by the biggest displacement of people in modern history. Not walls. This is something we need to take action on, now. 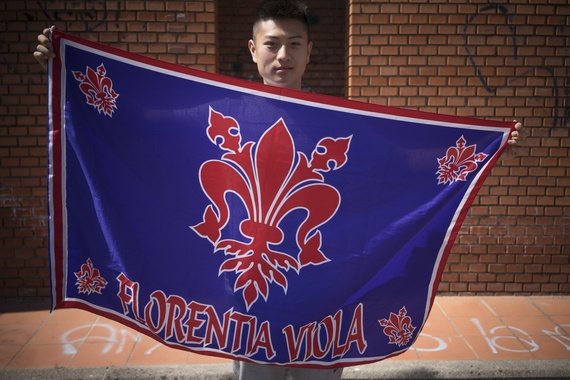 Photos courtesy of Francesco Arese Visconti as part of his Hidden Identity work.