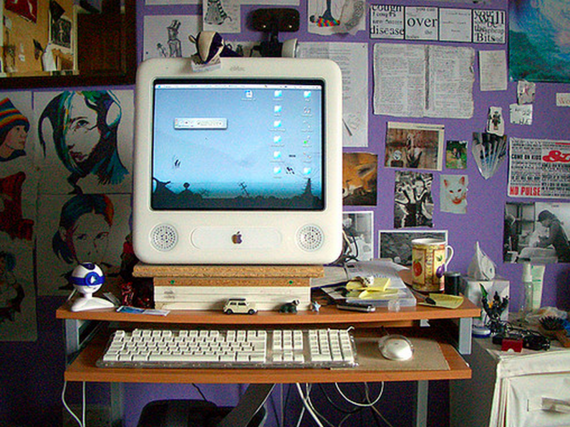 On October 16, 1995, back before America Online became AOL, the Pew Research Center published a survey of Americans online. "Americans Going Online...Explosive Growth, Uncertain Destinations" has been preserved for posterity on Pew's website, which is great because digital artifacts have a way of vanishing and because the survey is hilarious reading.

In '95, the average American was just starting to realize email's potential, but most people only received five emails a day and sent just three; 29 percent checked their email once a day. Today, we pop into our inboxes 15 times over the course of a day.

People Preferred CD-ROMs to the Internet

"The survey found that nearly half of all computer users surveyed (48%) had a CD-ROM drive. Patterns of usage and attitudes toward this feature indicate that CD-ROMs have been better received than online services."

"The public favors laws to bar pornography from the Internet, 52% to 41%."

People genuinely thought they could censor the Internet. They were so naive!

By 1995, the first website was five years old, but people weren't really sure what to do with the web yet. They were chatting and emailing, but there wasn't much surfing going on.

"Only one in five of all online users (3% of Americans) have ever signed onto the Web."

For the average 2015 dweller, the distinction between the Internet and the web is probably immaterial. Sorry CompuServe.

Security Was a Problem

"Half of the public worries either a lot (20%) or some (30%) that computers are being used to invade their privacy."

Alarm about Internet privacy was trending down by 2010. But when Pew asked similar questions again, in 2014 -- our "post-Snowden era," as the research center called it -- Americans expressed their fears about government and commercial data collection: Nine in 10 Americans think the way businesses use personal information is out of their hands, and 70 percent are at least somewhat concerned the government has access to social media info.

25 People The Internet Thought Were Dead At The Wrong Time