Cities now have a chance to smile for the camera, even if their residents don't really want to.

New website This is Now streams Instagram pictures from five different cities by using geo-location tags to highlight what's happening around the world. For example, if you lived in Brooklyn and snapped a photo of the Manhattan skyline, your image would soon scroll across This is Now's New York page.

Australian company Lexical Gap is behind the project. "The tool streams photos instantly as soon as they are uploaded on Instagram and captures a cities movement, in a fluid story," the business told the Daily News.

And apparently many people wanted to see those stories: More than 50,000 viewers checked out This is Now on Thursday night, per the Daily News.

(At the time of publishing, This is Now was loading quite slowly, presumably overwhelmed with traffic.)

The designers behind the project are Marcio Puga, Mauricio Massaia and Per Thoresson. Currently New York, London, Sydney, Tokyo and San Paulo are the only cities available for viewing, though the developers hope to include more cities soon, according to a recent tweet by Puga (below):

@nextflownet there are more coming :)

But this new site has some Instagram users feeling as though their privacy has been invaded. Digital Trends points out that by clicking on any of the streaming photos, internet viewers are taken to personal Instagram profiles. While this information is already public, users may not have realized how available their data is to the digital world.

Instagram, the popular photo-sharing app founded by Kevin Systrom, is set to be acquired by Facebook, pending regulatory approval. AllThingsD reported in April that more than 5 million photos are uploaded with the service each day, and an average of 81 comments are posted per second.

Do you think This is Now is an awesome way to view the happenings of a city or an invasion of Instagram users' privacy? Let us know in the comments section, or tweet us (@HuffPostTech). You can also check out our Instagram feed on the web (here).

Flip through the gallery (below) to see streaming images from around the world, courtesy of This is Now.

PHOTO GALLERY
This Is Now: Instagram Photos From Around The World
Download
Calling all HuffPost superfans!
Sign up for membership to become a founding member and help shape HuffPost's next chapter
Join HuffPost 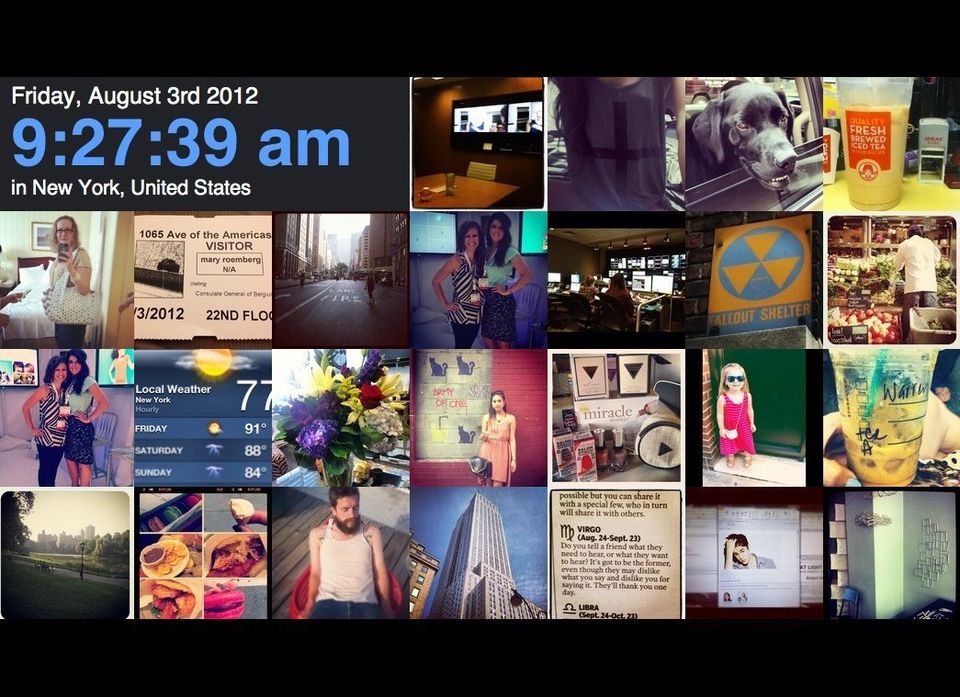