The strength of America's economy as well as our political prowess in the world are inextricably linked to the success of our cities and their "smart city" initiatives. The time to implement these initiatives is now.

It is also time to admit that nothing gets done in our nation's capital, and gridlock seems to permeate every legislative or executive proposal, every initiative in Washington, DC. The city, in contrast, is and has been the crucible of civilization; the center of commerce, and in this new age of technology, can and must be the incubator of creativity; the place where people and cultures and ideas wash against one another producing the inventions and innovations the world needs and wants, and the finance and marketing plans to support them.

Cities are more important than ever as nations enter headlong into the Flat World, as Thomas Friedman has written. It is a new age of creativity and innovation; an age when technology has shrunk the world and where every nation, every community, every individual is suddenly competing with every other. 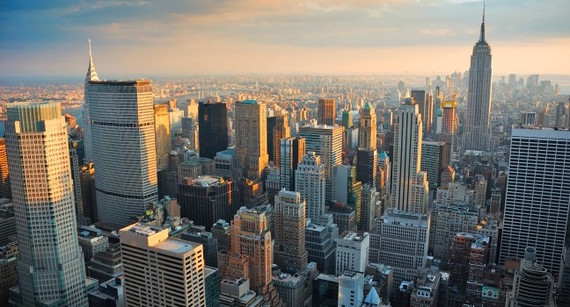 Maybe that is what globalization 3.0 is all about as power devolves around the world. Indeed, Wellington Webb former Mayor of Denver and past president of the U.S. Conference of Mayors once said: "The 19th century was a century of empires, the 20th century, a century of nation states. The 21st century will be a century of cities."

By most estimates more than half the world's population lives in cities and, in the U.S., the top 100 metropolitan areas include about two thirds of the nation's population and an even larger share of the U.S. gross domestic product. In a nutshell, it is why cities must use technology to ensure safer cities, better transportation, health care, energy and water conservation, clean air, and other environmental services. By installing the broadband necessary for the Internet of Everything (IoE) cities, where almost everything is connected to everything else, are also building the platform for innovation. 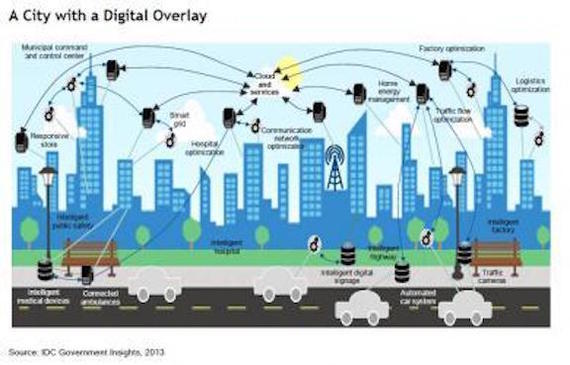 According to Cisco Systems, IoE could generate $4.6 trillion in value for the global public sector by 2022 through cost savings, productivity gains, new revenues and improved citizen experiences ... Cities have the potential to claim almost two-thirds of the non-defense (civilian) IoE public sector value. Cities, they believe, will capture much of this value by implementing killer apps in which "$100 billion can be saved in smart buildings alone by reducing energy consumption."

To meet the challenges of the global economy, as President Obama has said before a joint session of Congress, "We need to out-innovate, out-educate, and out-build the rest of the world...We have to make America the best place on earth to do business."

Increasingly, cities across America are starting to change the focus, deploy technology and prepare our citizens to out innovate, out educate and out build every other community and thus every other nation in the world.

The new broadband infrastructures coupled with Big Data analysis can serve to make city government more transparent and also encourage individuals and companies to develop innovative products and services while engaging the general public to help create, as former Mayor of Indianapolis and Deputy Mayor of New York, Stephen Goldsmith and Susan Crawford, co-director of the Berkman Center for Internet and Society at Harvard, write in The Responsive City: Engaging Communities Through Data Smart Governance, "efficiencies" that save taxpayer money and "build trust in the public sector."

A New Cities Foundation is helping cities compare notes, and publishes its conferences held around the world. In Washington D.C., a think tank and organizer called The Smart Cities Council advocates IoE for cities and envisions "a world where digital technology and intelligent design have been harnessed to create smart, sustainable cities with high-quality living and high-quality jobs." Next Century Cities out of Boston also advocates for cities and stresses "The importance of leveraging gigabit level Internet to attract new businesses and create jobs, improve health care and education, and connect residents to new opportunities."

The movement to acknowledge how vital our cities are to our health and prosperity has clearly begun.