As #shoutyourabortion trends on social media, encouraging women to shed their shame over having chosen abortion, I have my own story to tell.

A little over a year ago, my husband, Randy and I were all smiles as the nurse in the perinatologist's office called my name and then ushered us into an exam room. We were there for an anatomy ultrasound. I was 21 weeks pregnant. I already knew I was having a little girl. We were throwing around names like Madison and Lexi.

I don't remember the technician's name, but when she came into the room, Randy and I were chit-chatty and excited. I told her my dad was an OB/GYN, as she covered my belly in cool gel and then before I knew it, our little girl was projected onto the screen on the wall across from us. Cheerful and pleasant, the technician pointed out our baby's details as she snapped frozen ultrasound pictures.

A photo to record the moment we found out I was pregnant.

The tech pointed, "Ooh. There's a little hand." As an obstetrician's kid, I'd seen my fair share of ultrasounds, but nothing could prepare me for this one. I looked to Randy -- total rapture, smiling ear to ear. The tech pointed again, "Her feet."

And then there was a shift. I felt it. The tech was measuring and re-measuring the baby's head. It was taking too much work. She asked me to shift positions. She firmly pressed the transducer into my belly -- so deep that it hurt.

"How many weeks are you?" she asked.

The ultrasound tech finished the scan and the machine printed out a series of pictures for us to take home. She handed them to Randy, smiled and said the doctor would be in to see us in a few minutes.

When were alone, I started babbling.

"We already ruled out all the really bad stuff," I said.
"It's nothing, right?" I looked to Randy. He nodded reassuringly, cradled the photos in his arms and tenderly rocked them.

Her brain wasn't fully formed and there was also something wrong with her heart. As the doctor explained, I stayed solid. I asked questions - clinical, doctor's kid questions - and then my voice started to shake as I asked, "So, there is no chance that this baby is healthy?" Then I apologized for getting upset. Ridiculous.

In true doctor speak he replied, "Well, there is always a chance -- but if I had to make the call, I'd say this development is not normal."

We left the doctor's office in a haze. Within hours, I was surrounded by my family, and I had spoken to my OB/GYN, my father, and a neonatal neurologist. All of these people had looked at my ultrasound images and the consensus was nothing good. No one could or would give me details, but everyone kept saying that my baby - the baby I could literally feel moving in my belly - would not be anywhere near okay.

Together, Randy and I made the decision to not bring our daughter into the world.

Getting an abortion at 21-plus weeks in South Florida isn't so easy. There is a clinic about an hour from my house that is surrounded by pro-life picketers daily. Devastated, heartbroken and every other word you can think of that means emotionally crushed, I couldn't imaging crossing a picket line and hearing people scream hate at me.

Also, the procedure at this point in a pregnancy is a long process, complicated and potentially life-threatening. I wanted to be in a hospital, just in case. No such thing exists in the sunshine state.

I am lucky. I have the money to afford choices and people I could call, people in Connecticut and New York, doctors and friends. We made a plan. Within twenty-four hours, I had an appointment to begin the procedure at 1pm six days later at Mt. Sinai Hospital in New York, and a plane ticket to get there.

I tried to say goodbye to the baby in my belly and accept my choice, but I couldn't sleep. I couldn't eat. Sometimes it felt hard to breathe. Randy had the opposite reaction. He couldn't stop sleeping. We were a mess. We went to the movies -- we saw "Chef." I was angry that it was happy.

The days passed, and I felt like my body failed her. I failed her. I felt like I was making an uninformed parental decision -- and it was killing me. I had so much fear. I couldn't stop searching the internet for statistics. How many people got a diagnosis like mine and went on to have a healthy baby? Was there a possibility that the doctors were wrong? Online there were testimonials. There were people who had frightening ultrasounds at twenty weeks and made the other choice and their babies were okay.

My mother was sleeping at my house - we were both getting on a plane to go to New York in a few hours, and I was crazed. There was no way I was having the procedure without a second opinion. I made another call, this time to my father - and with help from the Maternal Fetal Medicine doctor (MFM) at my dad's hospital, I went to the best MFM at NYU at 7am on the day of the procedure for a second opinion.

The doctor in New York was certain. Part of my baby's brain was missing, all the vessels into her heart were fused. She didn't have a nose and her potential for life after birth was called both limited and painful. 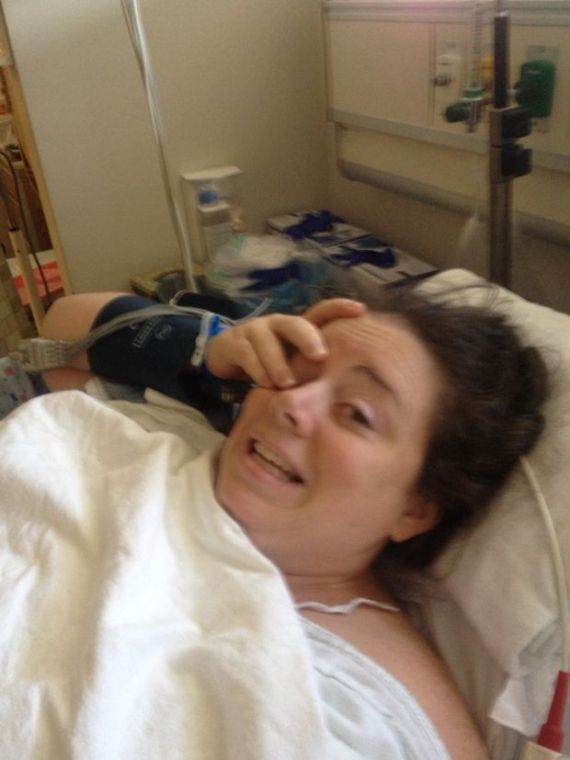 Relieved the procedure was over and I was safe.

It was also a choice that I had access to only because of my privileges as the daughter of upper middle class, educated people and the personal economic advantages that such a life affords me. I was always pro-choice, but before this experience I was wishy-washy about late-term abortion -- even with my adjacent medical knowledge. I wasn't sure I agreed, but I could understand how people believed that late-term abortions were uncivilized.

I now find that I know the opposite to be true. I will forever be a voice willing to fight for why late-term abortions must remain legal.

Letting her go still hurts. And so far there is not a happy ending here -- we haven't gone on to have a healthy baby. But there is one thing that I am certain of. The option for a safe late-term abortion was a blessing for me. I feel no shame about the choice I made and I would never make a different choice, not in a million years. 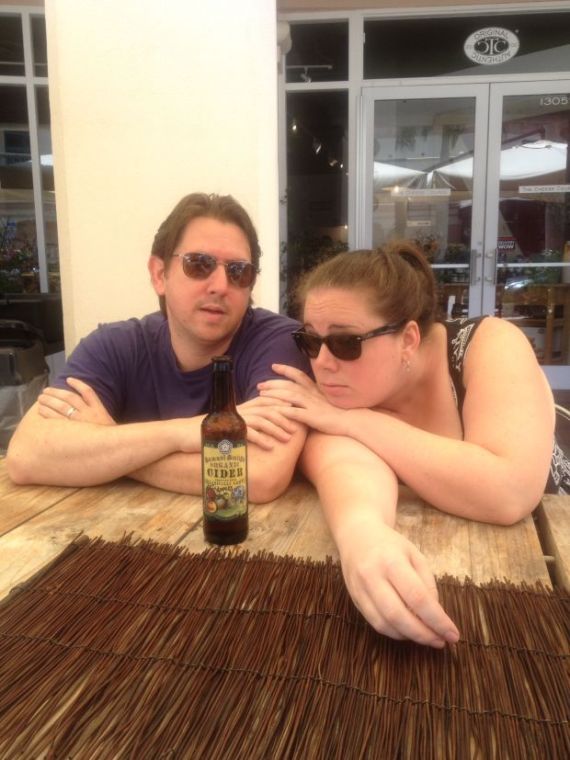 A week after: Life back to normal.

More from xoJane:
Scream Queens Is (Probably) Just Trolling Us With Racism, But It's Still Problematic
Hey Guys, Stop Trying To Make Girls Who Like Sports Prove It With Your Weird Interrogations
I Invented The Semenette, And Used It To Impregnate My Wife