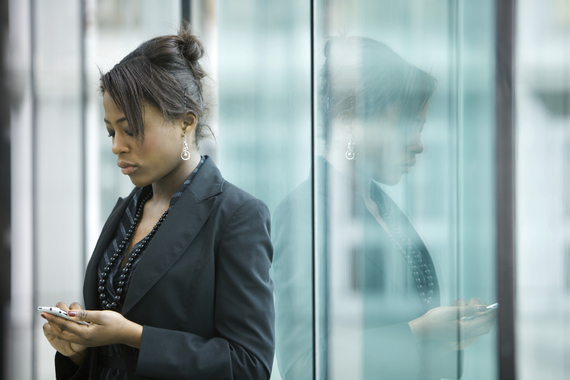 Earlier this month I got to celebrate Equal Pay Day with some of the most inspiring and influential women and men who are out to close the gender pay gap. Glassdoor hosted a roundtable with its CEO, Robert Hohman, Secretary Hillary Clinton and Megan Rapinoe, the World Cup Champion and Olympic Gold Medalist, among many others leaders in their fields.

We started the conversation with the facts. Glassdoor has gathered millions of people's compensation information from around the world and put together some telling and rather shocking statistics. Long story short: the pay gap is real and raging.

While there are many reasons for gender pay inequality including job title, education, and experience, the data shows a gap that is absolutely unaccounted for. This gap, Hohman explains, is accounted for by gender bias. What does that mean? There are many components of gender bias but one that stood out for me was that subconsciously (and sometimes consciously) men and women hold women to a higher standard. Women have to perform better than their male counterparts to command similar pay.

The conversation shifted to action. The energy in the room was palpable. What steps do we need to take as individuals, corporations, and governments to close the gender pay gap? The solution is multi-faceted, to say the least.

[Read More: What Smart Companies Will Do For Women...And What We Should Do For Ourselves]

As far as government policy, Secretary Clinton emphasized the importance of affordable child care, required paid leave, a higher minimum wage and reforming the tip-wage model, as the majority of minimum wage workers and people working in tip dependent jobs are women. She also talked about the significance of passing the Paycheck Fairness Act so that employees can discuss their pay without fear of retaliation.

On the company side, Dan Henkle, the President of Gap Foundation, shared about Gap's internal compensation audit process and urges other companies to follow in their footsteps. He said when companies have a laser focus on true results and let go of all the other noise, they will achieve equal pay. The statistics show that it's actually in companies' best interest to get ahead of this issue for performance as well as talent acquisition and retention. Hohman shared that 6 in 10 people will only work at a company with fair compensation practices.

Lori Nishiura Mackenzie, executive director of the Clayman Institute for Gender Research at Stanford University spoke about her work with middle managers and the influence their management style can have. For example, managers have noticed that they tend to assign stretch projects to men more often than to women, which leads to exposure, skill development, and higher pay.

As individuals, transparency is the name of the game. If we know what the person next to us is making, we have the power to demand equal pay. Hohman urged the audience to share their pay anonymously via Glassdoor so that employees are armed with more information on what their colleagues are getting paid. Tracy Sturvidant, the co-founder of Make It Work, talked about our sharing economy. She joked that we are comfortable sharing pictures of our meals and vacations, but now we need to get more comfortable talking about our pay.

For women who are ready to be paid what they are worth, be warned: there can be negative long-term career implications to negotiating. Mackenzie said that women who negotiate can be considered less likeable and lacking executive presence. For now, she recommends that women negotiate but frame it collaboratively in the context of their company, team and even woman kind.

While we have a lot of work to do to close the gender wage gap, an easy step we can all take right now is to share our pay. So, go share!

Ashley Feinstein Gerstley is a money coach demystifying the world of money and personal finance. Get her exclusive how-to guide "30 Days to Financial Bliss" - free for Huffington Post readers.