A version of this post originally appeared at the Los Angeles Times and is reprinted here with permission.

Did you see the test scores last month?

This is why I send my son to private school.

Sure, the scores were said to be lower than the year before -- and yes, this was a baseline year -- but it was something else that triggered that response in me: The achievement gap.

It was no surprise, really, that the scores would be lower than last year's. Many officials warned us ahead of time. The head of the Council of Chief State School Officers, a nonprofit group that represents the country's state education leaders, explained to The Times' Howard Blume: "This is going to show the real achievement gap. We are asking more out of our kids, and I think that's a good thing."

OK, asking more sounds like a good thing on the surface.

But the real question is, will that be carried out across the board?

Or could black and brown students be allowed to continue to slip because expectations aren't that high for them to begin with?

One thing I continue to learn as a mother is that kids perform to the level of expectation.

Set the bar high, and they will strive to reach it. They don't know anything other than to reach and reach further -- if that's what's expected of them. Expect them to fail, and they will.

My 4-year-old is just starting to navigate all of the adventures that come with going to school. He's an amazing little sponge, as all kids at that age are. I can see him, with our guidance and that of teachers, making connections and constructing for himself a floor, a foundation on which the rest of his academic experience, curiosity and love of learning will stand. My job is to push and block and fight to make sure he -- and later, his baby sister -- gets the best possible education. 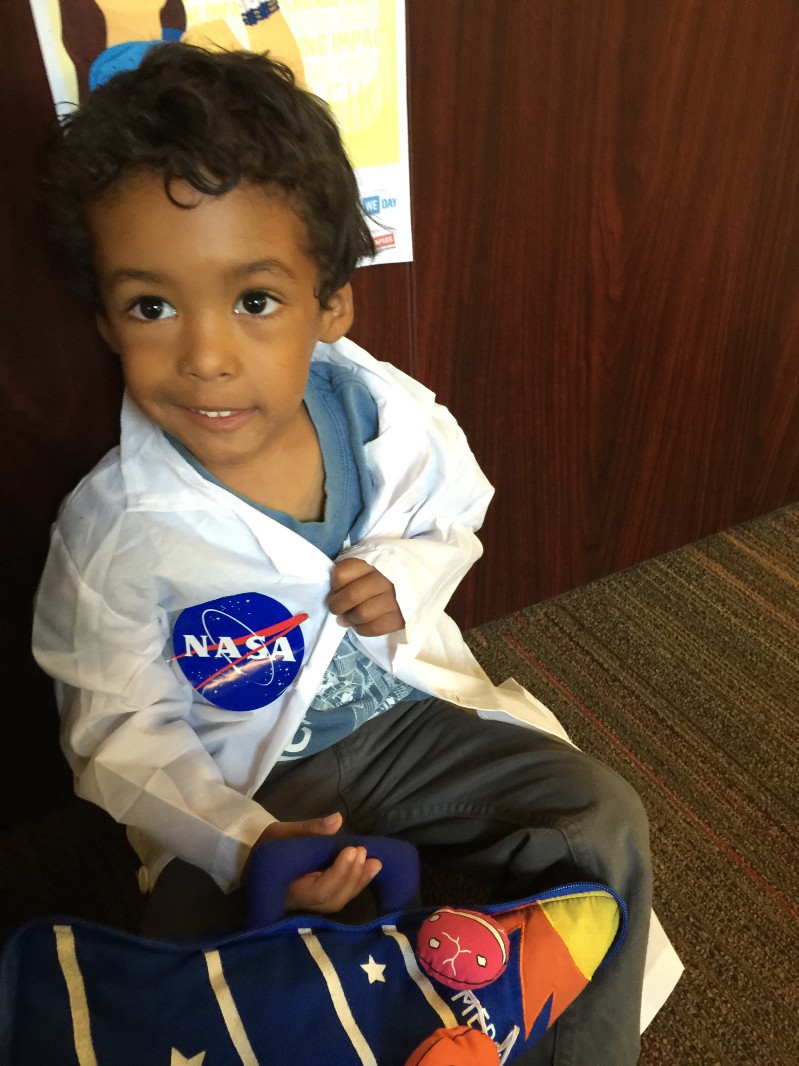 The challenges of raising and educating a black male in a major American city are not lost on me.

We live in a predominantly black community and checked out the schools nearby. Everyone in the parenting circles I'm connected to extols the virtues of magnet and charter schools. But getting into those schools is largely a matter of chance.

The neighborhood magnet left us a little cold: The children at this "high ability gifted magnet" are performing at grade level, the director told us. According to the LAUSD website, "Gifted/Highly Gifted/High Ability Magnets serve students who demonstrate ability to work two years above grade level in academic subjects."

That doesn't inspire much confidence in that system, either.

My husband and I are mostly the products of private education.

We grew up hearing how our struggling middle-class moms scrimped and sacrificed to give their kids the best education. To a large degree, when it comes to the education we are responsible for providing our children today, that narrative is ingrained in our DNA.

From kindergarten through eighth grade, I went to Palm Valley School in Palm Springs. Though I was the only black student in every one of my classes, all of us were expected to perform to a level of excellence. My next four years, I went to a public high school that opened the year I started. What a different experience.

Straight from private school, knowing nothing else, I was an annoying overachiever my freshman year. But lowered expectations in most of the public classrooms eventually had a detrimental effect on me by my senior year.

A typical teenager distracted by all the things that come with the fabulous life of a 17-year-old, I turned in a really substandard essay in my English class.

At a conference with my mom, an English professor herself, the teacher said he understood our challenge: It must be rough for me working two jobs to support my family.

While that is a reality in some families, this assumption was preposterous in my case. He never really asked.

First, I had a weekend job at a movie theater -- primarily so that I could buy my own clothes and gas up the car. Second, this was an honors/AP English class. The performance standards should have been higher -- for all students. I was excused from the expectation of high standards and given a pass in the name of "understanding" instead of digging deeper to find out what was really at play.

Later in the year, when I submitted an essay that was really up to my standard of performance, that same teacher accused me of cheating. Lowered expectations.

I want more for my son. I expect more of my son -- and so should his school.

Honestly, it's been a long time since I was in school. And that was Palm Desert. This is Los Angeles -- a diverse, overpopulated and overtaxed school system that struggles to even keep the air conditioning current and functional.

Yes, much has changed. However, the basic truths haven't: Schools are still struggling to lift performance across the board. Teachers are still overworked and underpaid -- and underappreciated. Resources are still hard to come by. 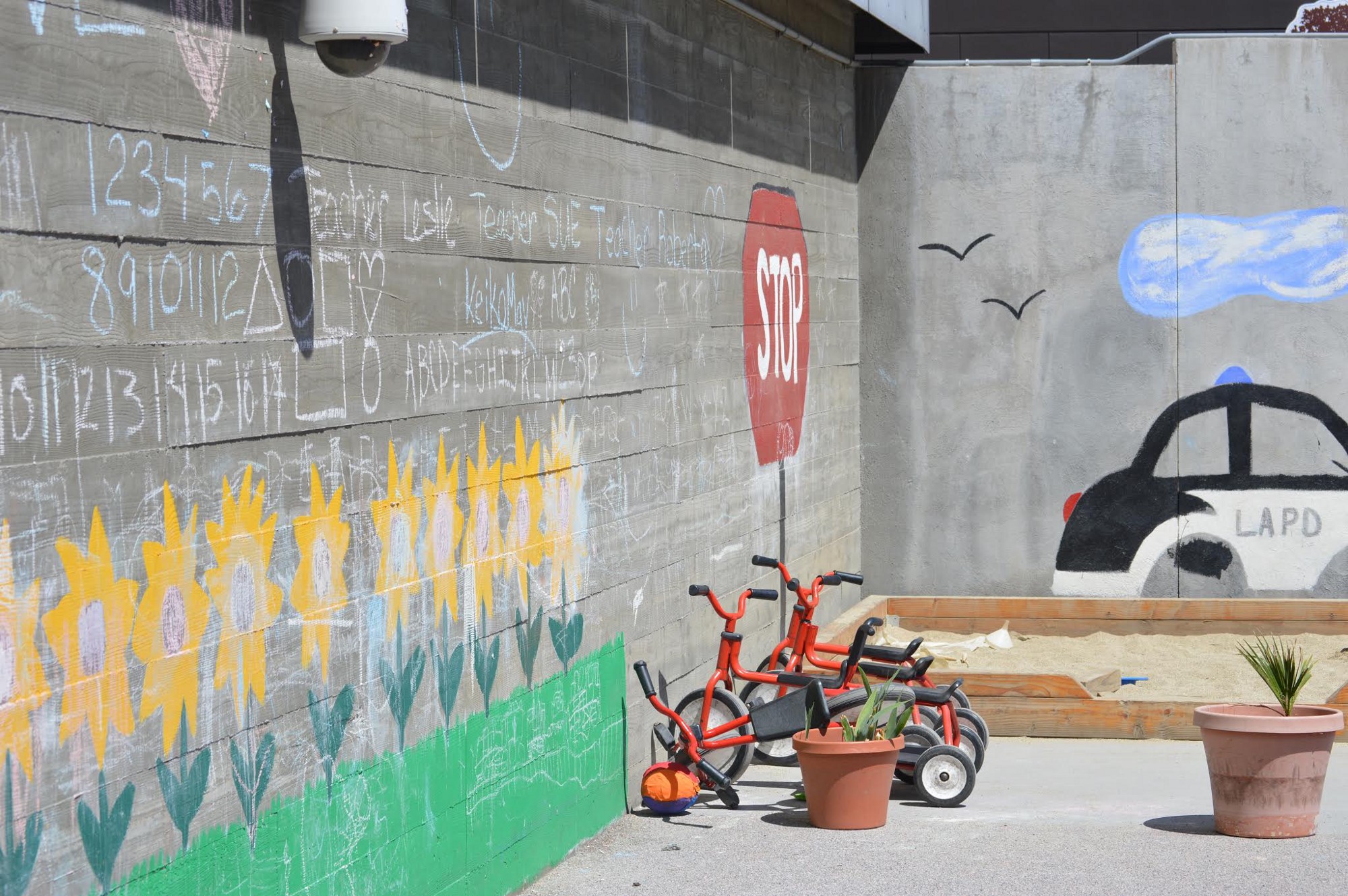 Black and low-income children overall are consistently still at the bottom of the achievement list. And, no, most of them can't afford the luxury of a private education. I get that. It's hard for my family, who can't afford it either, but it's certainly harder for others. That is real.

While state Supt. of Public Instruction Tom Torlakson might be "encouraged that many students are at or near achievement standards," this mother is sobered by that.

The fact is most students in the state are falling short of learning targets and are not on track to succeed in college. Black students have traditionally performed more poorly on these tests. They aren't expected to reach the same level of achievement as the rest of their class. That just will not do in my home.

That lowered performance bar has a detrimental effect on expectations -- those of the teachers, those of the students themselves and collectively and certainly of the system overall.

The fact that the bar is only now being set higher overall doesn't really strengthen my confidence as a parent that the education system will challenge, encourage and expect or even consider excellence from my brown-skinned children.

There are no do-overs or reboots, and our primary job as parents is to lay a solid foundation for our children's future.

Sure, it's not all up to the schools to spark and develop the drive to strive for excellence. That should but doesn't always happen at home, too. But the place our kids spend the majority of their days cannot be the force working to undo all of our work as parents. We must work together as a team, setting and facilitating high expectations.

As Antonio Villaraigosa said of his family's choice to move from public to Catholic school when he was running for mayor:

We want our kids to have the best education they can. If I can get that education in a public school, I'll do it, but I won't sacrifice my children any more than I could ask you to do the same.

Put bluntly: My kids are not an experiment for a foundering system.