Not all snoozes are created equal, at least when it comes to different days of the week.

That's the takeaway from a recent survey by Sleep Cycle, a popular iOS sleep tracker and smart alarm clock app. The team behind Sleep Cycle recently gathered data from 941,300 app users across 50 different countries to learn about just how much the world's sleeping habits differ on a day-to-day basis. While many of the findings reinforce common presumptions about certain days of the week, some of them might surprise you.
(story continues below) 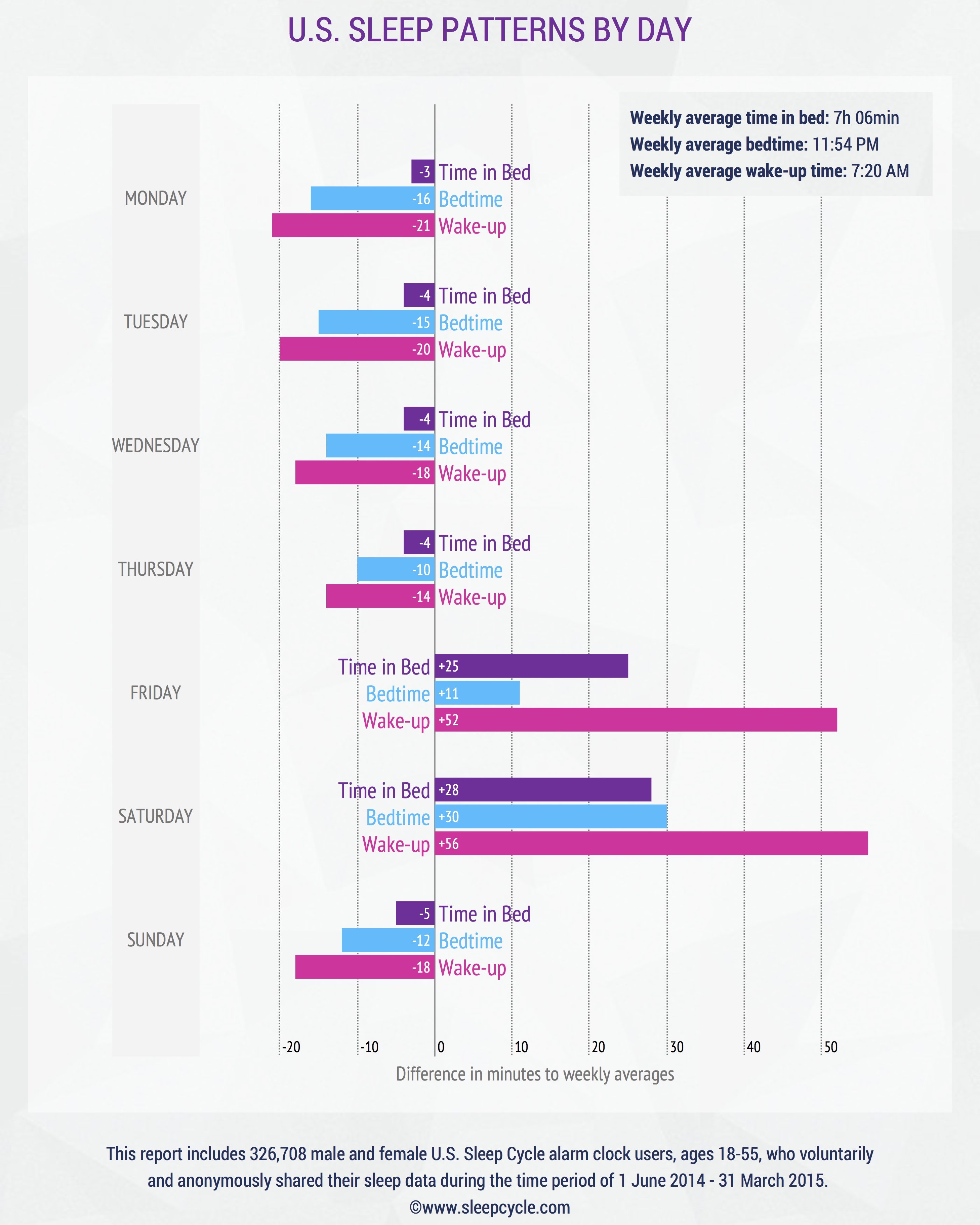 When it came to the United States specifically, it was evident our sleeping habits contribute to why we all hate Mondays so much. Americans not only log the least amount of sleep for the week on Sunday night -- an average of seven hours and one minute -- but also wake up 21 minutes earlier than normal on Monday mornings.

Conversely, U.S. residents sleep an average of 28 minutes more on Saturday nights than any other day of the week.

However, when it comes to sleep quality -- meaning fewer wake-ups and restless moments in the middle of the night -- an unexpected day takes the cake. We actually sleep best on Wednesday nights, so maybe we should give Hump Day a little more credit. 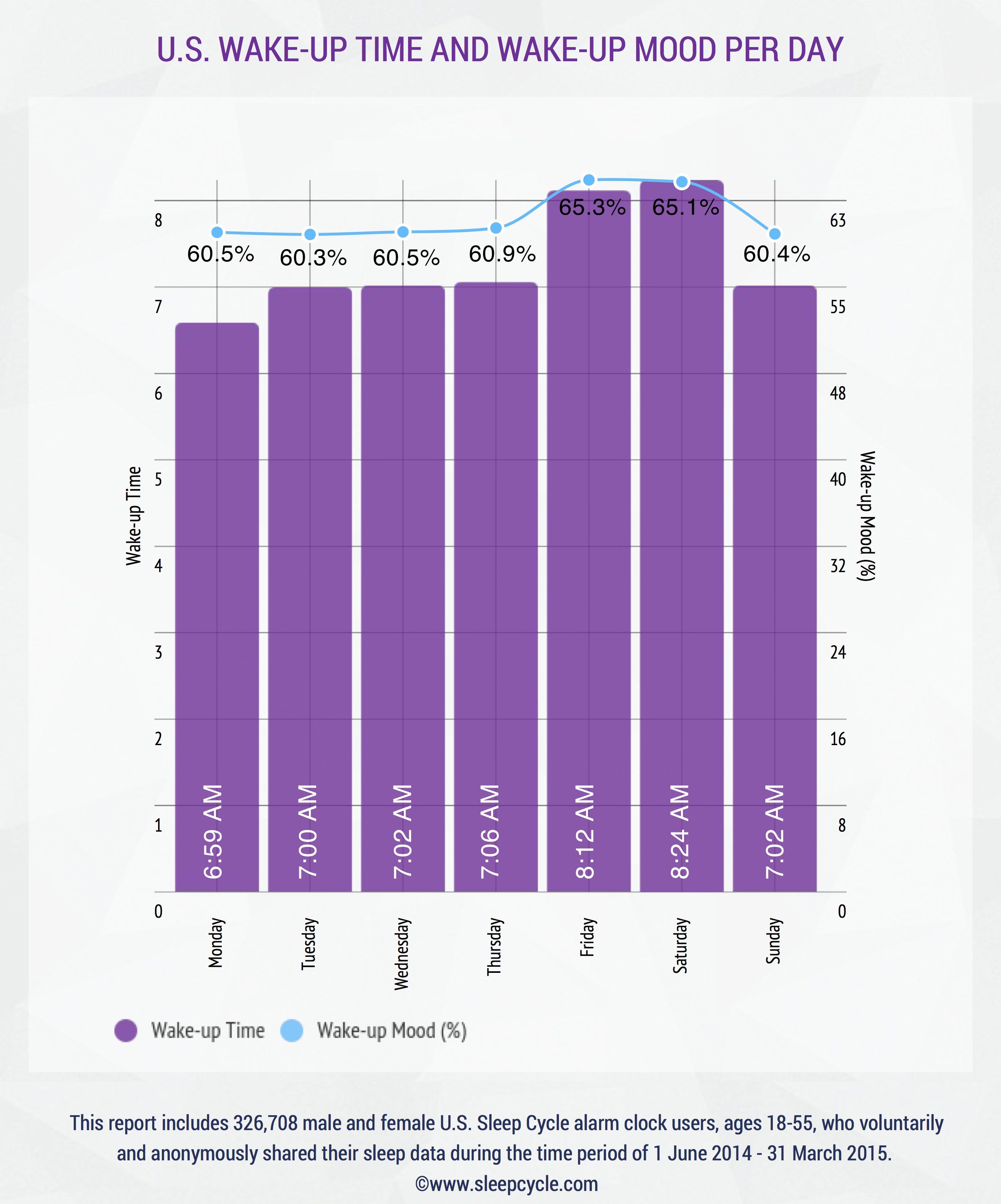 The survey also found we're pretty grumpy people when it comes to pulling ourselves out of bed in the morning. On a scale for which 0 percent is the worst mood and 100 percent the best, our collective mood measures right around 60 percent on most mornings. We tend to be slightly worse off on Tuesdays, but clearly feel better rising on Fridays, spiking above 65 percent. Perhaps that's because, on average, we don't wake up on Friday mornings until 8:24 a.m. Cheers to the weekend!

Sleep Cycle uses an accelerometer to track every phase of a user's sleep through the course of a given night. It does require keeping your phone in bed, but the app is able to pick up on when you are in a lighter sleep period, at which point it sounds your morning alarm to make waking up feel as natural as possible (so long, sleep inertia). It also eliminates the fear of sleeping in too much, because each user sets a 30-minute time window for the app to find that sweet spot of light sleep for waking up.

Curious to learn more? Check out the comprehensive global data on weekly sleep patterns in the slideshow below.


How The World Sleeps On Every Day Of The Week
More:
healthy livingsleep habitssleep trendssleep tracking healthy sleep