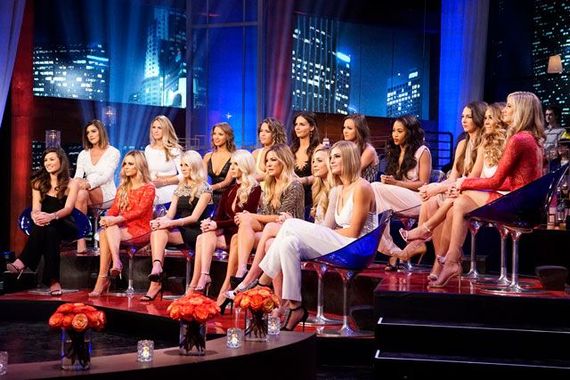 Being a contestant on the Bachelor is all about looking gorgeous, wearing great gowns, and oh yeah, trying to find love. But in the meantime, a girl's gotta eat, right? We went behind the scenes -- and into the mansion's refrigerators and pantries -- to find out what happens when Bachelor women start getting hungry

Meals In The Mansion

The 20-plus women of the Bachelor live in a luxe Malibu, CA, mansion for weeks on end. But if you're imagining an in-house chef whipping up made-to-order omelets, you'll be disappointed. Most of the time, the girls have to fend for themselves. That means cooking -- or hoping one of the other women cooks for you.

"We were responsible for making all of our meals in the house," says Ashley Spivey, a contestant on Brad Womack's season of The Bachelor, who reports that most of the women tended towards simple grab-and-go things, like eggs, yogurt, or protein bars for breakfast, followed by sandwiches or salads for lunch. "Dinner would be prepared by whoever felt like cooking for everyone," she says. "On my season, Britt was a classically trained chef, so she would make things like bacon jam or roasted tomato soup. I usually made dessert, like banana pudding." 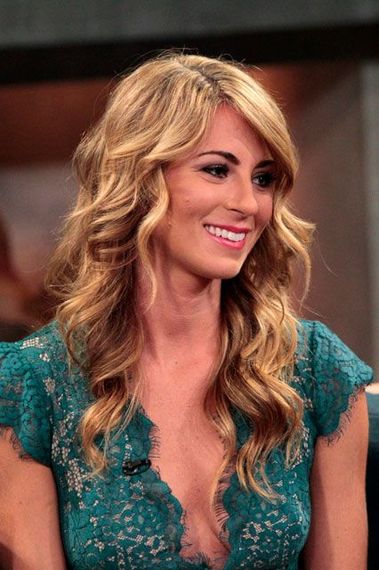 Cooking skills came in particularly handy for those with special dietary needs. "I'm gluten-free and also a holistic nutritionist, so I was always trying to show off my skills when I had the opportunity, especially with my gluten-free baking," says Tenley Molzahn, a veteran of Jake Pavelka's Bachelor season, along with Bachelor Pad and Bachelor in Paradise. "I have a secret recipe for the best chocolate chip cookies that would make people very happy. I would also make fun smoothies and stuff."

The women do get an occasional break from cooking, though. "For rose ceremonies, they have catered food available for the girls, but a lot of it isn't the healthiest -- think California Pizza Kitchen and fried chicken tenders," says Spivey. There are also occasional nights when the production staff orders in dinner as a treat. "They usually do one In-N-Out night and one sushi night," says Molzahn.

On Bachelor Pad, where both sexes live under one roof, it was a similar setup. "The boys grilled a lot at the house, including Ed, who made his 'World Famous Chicken,'" says Jaclyn Swartz, who has appeared on Ben Flajnik's season of the Bachelor, along with Bachelor Pad and Bachelor in Paradise. "Don't be fooled, though. It was grilled chicken with soy sauce."

But the women (and men) who find themselves in Mexico for Bachelor in Paradise are totally off the hook from cooking. There, just like the surroundings, the food situation is a little more vacation-style, too. "There are catered buffets for every meal or you can also get things made to order behind the bar in the kitchen area," says Swartz. "Grilled fish, quesadillas, and the best made-to-order pico de gallo I've ever had." 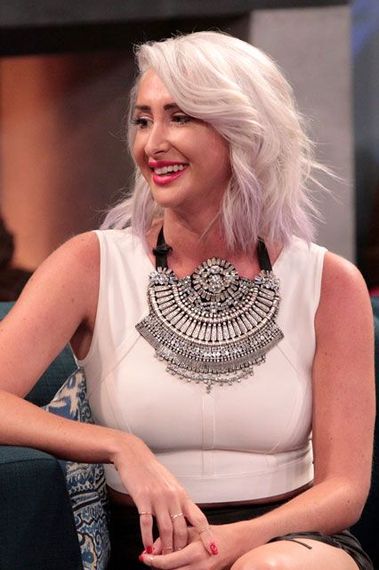 The mansion is constantly stocked with basics and snack foods. "There are always lots of veggies, fruit, sandwich meat, bread, eggs, yogurt, cereal, and frozen pizza," says Spivey. In addition, there is plenty of junk food at the ready.

"There is always stuff to snack on in the house," says Swartz. "They had huge glass jars filled with cheese balls, pretzels, and things along those lines." Still, some women found it safer to bring a few comforts from home. "Because I'm gluten-free, I always packed a few of my own snacks," says Molzahn.

So, how do they get favorite items that they're craving or ingredients for a specific recipe? Because the women are essentially sequestered, there are no Whole Foods runs. Instead, they're able to add requested items to a running grocery list and a show "handler" makes a daily trip to the grocery store.

"We were allowed to write whatever we wanted on the grocery lists," says Swartz. "But Courtney was raw [and] vegan at the time and 99.9% of the girls were gluten-free, so it was a lot of boring crap that I don't eat. So, my additions to the grocery list were Nutella and 'gluten products.'" The list was also a source of levity in the house. "Elan, a producer, liked to keep us entertained by putting things like 'beef tongue' or 'delicious babies' on the list," says Spivey.

Contestants who hang around long enough usually get to travel. But that doesn't mean they get to explore the local restaurants. "When you're at hotels, it's hotel food all day, all night," says Swartz. "I literally memorized every hotel's menu -- front to back -- when I stayed there."

There is also a hotel stint before the filming of the first episode. "The most unhealthy part of the whole trip for me was when we were sequestered before the first rose ceremony," says Spivey. "You are pretty much locked in and can only order room service for every meal. The hotel we were at didn't have the healthiest options and I literally ate a burger and fries for days."

Of course, hotel moments can also have their perks. "That's the fun part! Especially when it's near the end of filming and you're one of the only ones left," says Molzahn, who, as one of the final two women on her season, spent the tail end of her Bachelor experience in a resort in St. Lucia. "I loved ordering room service. I would invite producers over for little parties."

The one-on-one dates on the Bachelor have a bit of a formula. The guy and the girl will do some sort of activity during the day that ranges from bungee jumping to hanging out on the beach. Then, that night, they'll wind up at dinner -- magically showered and dolled up -- for lots of heart-to-heart chatting...but not much eating. (At least on camera.)

"The food on dates is usually good, but the catch is that you aren't supposed to eat it! No one wants to watch people stuffing their face on a date. If you're eating, you aren't talking," says Swartz. "Instead, we eat before the dates, as we are getting ready. The producers will bring room service to your room, or a plate of food to where you're getting ready in the house."

And if you do actually get to sample the restaurant food on a date, it's usually done off-camera. "You have to remember that the dinner portion can last two to three hours," says Spivey. "You usually talk and start eating. Then, a producer will pull you aside to do a one-on-one interview. Then, you go back to eat while the other person is doing their one-on-one interview. This is when you stuff your face and hurry and eat before the other person gets back." 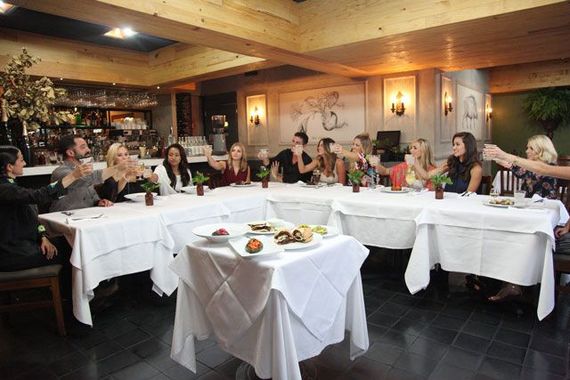 And here's one bit of insider info to keep in mind next time you watch a date on the show: "The water glasses on the tables during dates may or may not be filled with vodka Red Bull," says Swartz. "When the lighting hits it, it still looks clear."

There is certainly no shortage of food on the Bachelor. And for reasons that should be obvious, obtaining alcohol is definitely not a problem, either. "Alcohol is constantly available and overflowing, 24/7," says Molzahn. "They definitely encourage it."

Day drinking, night drinking -- anything goes. Most girls imbibe often, because, well, it's something to do. "There is a ton of alcohol around at all times, and a lot of the time, you are so bored, that you drink because there is literally nothing else to do if you aren't on a date," says Spivey.

Producers have no problem stepping in if you're looking a little thirsty. "Handlers are really great at going to make you a drink if you're getting ready for a date or in an interview," says Swartz. "My favorite handler on Bachelor Pad, Kelly, made killer Bloodys. Sometimes, we would run out of garnish and literally just make up weird drinks -- the whatever-is-in-the-fridge special -- throwing in fruit, unusual mixers, etc. You get really bored at times, so this is an activity."

Perhaps no surprise to anyone who has ever seen an episode of Unreal, producers will also offer -- or take away -- alcohol, very strategically. "Once they had me put down my wine glass telling me I had an interview coming up, but then sent another girl in [to the interview] with a bottle of wine," says Molzahn. "I found that super interesting and I was thankful for the heads-up."