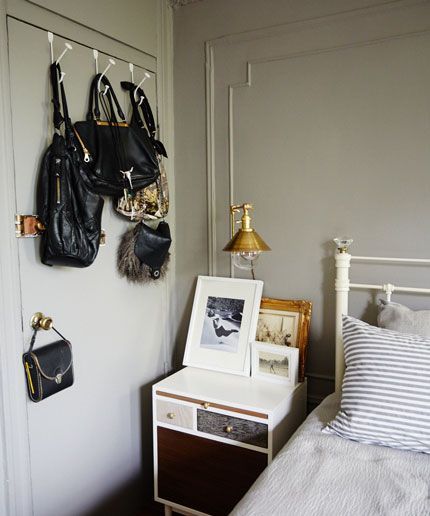 I moved five times during my first two years out of college, and though my apartments were in different cities with different floor plans and wildly varying rents, one of my criteria was non-negotiable: I had to have roommates.

As a natural introvert who is generally happier behaving like an extrovert, I needed someone to force me to socialize. And ever since I can remember, I'd always had one core person -- usually a friend or a significant other -- to whom I went with all my problems. And when I didn't have that friend or S.O. -- or when I lacked the energy to reach out to someone -- my roommate became my de facto confidant. The one summer I spent without roommates during college made me feel isolated and depressed. I had no desire to live alone, and spending hundreds of dollars more a month on rent definitely didn't sound appealing.

But when I decided to move to New York City, my dad told me a friend of his owned an apartment building in Manhattan and could offer me a discount on a studio. I began questioning whether my roommate rule was really non-negotiable. Sure, I was unhappy living alone during college, but that felt like a long time ago. I was 24. Hadn't I changed in a lot of ways?

Besides, it wasn't like every roommate relationship had been a match made in heaven. My roommate immediately after college was so emotionally abusive that I was forced to leave -- before she locked my room from the outside in an effort to keep my stuff. (She left the key lying around in the living room, so the strategy wasn't very effective.) Another roommate habitually left the lights on, driving up our electric bill. Maybe it would be a relief not to compromise with anyone, I thought.

But at the end of the day, it came down to money. The studio was so discounted that I could live there more cheaply than in any shared apartment in Manhattan. I decided to give solo living a chance.

For the first few weeks, I felt like a high school student whose parents had gone on vacation. I walked around in my underwear (okay, okay, I walked around naked) and blasted music. I took showers with the door open. I did all the things you can never do when you're worried your roommate will come home unexpectedly.

I was still worried these initial feelings of freedom would quickly give way to loneliness. But although the honeymoon phase wore off, I never felt alone. I felt comfortable. I loved coming home to my own safe haven after spending the day around people. I embraced my introversion, mentally replacing "alone" with "by myself" when I thought about my humble home.

Each night, I'd reflect on my day and my problems instead of bouncing my thoughts off roommates. I recognized that I was impressionable by nature: I used to ask friends for advice on everything from which toothpaste brand to buy to whether I should break up with my boyfriend, but spending a portion of each night with no one around gave me the chance to discover my own true opinions.

Living alone made me the sole judge of my actions. It feels liberating when nobody knows what you did last night, even if it was just eating chocolates and watching Netflix. Instead of asking someone else whether I'd made the right choices, I asked myself. And in that process, I learned to trust my own feelings. Knowing I could make decisions without consulting anyone, I grew more confident and decisive. I also developed a stronger ability to manage my emotions. Without the safety net of built-in friends, I learned I can get through the worst days all by myself.

I didn't realize this, though, until one Sunday afternoon, while I was Facebook-stalking an ex. When I found out he was in a relationship with someone else, I broke down crying. I finally let myself admit that I'd hoped we'd reunite someday. But I didn't knock on a roommate's door like I had after we broke up. Instead, I stood in front of the mirror, repeating comforting phrases to my reflection, sometimes out loud: "It's not your fault." I spoke to myself exactly the way I would want a friend to speak to me. I told myself I'd go get my favorite Starbucks latte and listen to old indie pop, and do whatever it took to feel okay again. And I did. And I felt better.

Living alone has given me the confidence and independence to become the primary person guiding myself through big decisions. It also motivated me to do something I'd never done before: love myself.