It was our last night in Amsterdam and my daughter Katie and I were on a sunset canal cruise. I watched a group of German tourists lift their plastic beer cups and grumble-sing what sounded like something between a national anthem and a rugby song. Colorful narrow houses lined the banks of the Prinsegracht and I took a last look at the bicycles breezing by, already missing the polite ring of their bells.

Katie had fallen asleep and I knew we would be back at our hotel in an hour with nothing more to do than laundry and packing for the next leg of our trip. It seemed like a safe time to try the space cake I had purchased earlier in the day, the Dutch version of pot brownies.

In my mind, having a little space cake in Amsterdam was like having a glass of sangria in Madrid. I might feel a bit tipsy, but my 16-year-old probably wouldn't even notice.

I remembered the instructions from the man who sold the cake. He said to eat half, then wait an hour to gauge my reaction. I ate half of the cake while enjoying the boat ride. Forty-five minutes later though, I felt nothing. Ten minutes later and I figured I'd been duped. Yet the cake was delicious, so I popped the other half in my mouth and woke Katie as the boat docked.

As we walked back to the hotel I smiled at a sculpture of orange and white letters that spelled: "I Amsterdam." That sign is my friend, I thought, basking in the connection between all things human and inanimate. Then another dopey thought: My lips are so warm and snuggly tonight. Uh-oh.

Katie bounced alongside of me, oblivious to my escalating high, but a slow panic rose as I took note of the time. I had just hit the one-hour mark, I realized. I hadn't been duped after all.

I reasoned that if I kept quiet and didn't share my nonsensical musings, my daughter would be none the wiser. But what about when that second wave of space cake hit, in another hour?

Back at the hotel, Katie scrunched her face, baffled by my refusal to collect our clothing from the laundry room. She was even more confused when I suggested abandoning our clothing in Amsterdam.

"Are you okay?" Katie asked. "You're acting really weird tonight."

I had to make a decision: Confess my transgression or let her imagination run wild.

So I said the words no child should ever hear. "Mommy's baked." And then for good measure, I added, "In Amsterdam."

"I made a really bad mistake," I told Katie.

My error in judgment wasn't that I had eaten the space cake. It was that I'd behaved like a greedy, impatient American, and as a result, inadvertently super-sized my Amsterdam high.

It was like intending to get a little tipsy but instead getting very drunk. I was wasted, frenetically pacing our hotel room, and promising Katie I would walk it off.

Then I remembered that we were supposed to take a train to Paris the following day. Wide-eyed with fear, I asked her, "Do we know how to do that?" Katie laughed and assured me we did. I wasn't so sure.

"What if it's cloudy?" I asked. Katie humored me and explained that we would go to the train station, buy tickets, and take the train to Paris.

My daughter is a genius! I thought. Still, I felt the need to further test her. "What if it's sunny?" I asked.

"Pretty much the same plan," she answered.

This was not the mother I wanted to be. I brought Katie to Amsterdam to see the Van Gogh Museum, the Anne Frank House and the Rembrandt collection, not so she could babysit her hot mess of a mother.

Katie led us back to the hotel laundry room to collect our clean clothes and began folding. I joined her, although I was of little help because I more interested in trying to make an origami swan with her jeans.

Still, I wasn't too high to recognize I'd screwed up. "I'm so sorry about this," I said again.

Katie shrugged and said it was no big deal, which made me feel even worse. I felt like a train wreck of a mother, whose child is forced to excuse, minimize and deny bad behavior.

"Look at the positive side," Katie said. "Most parents tell their kids they shouldn't do drugs. You're showing me."

I felt an odd blend of pride and guilt that Katie had turned my stupidity into a teachable moment. I was the mother; I was supposed to be the one with the wise observations and witty insights.

I struggled for something meaningful to add. "You're a good girl, Katie," I said. It was the best I could do.

Jennifer Coburn is the author of We'll Always Have Paris 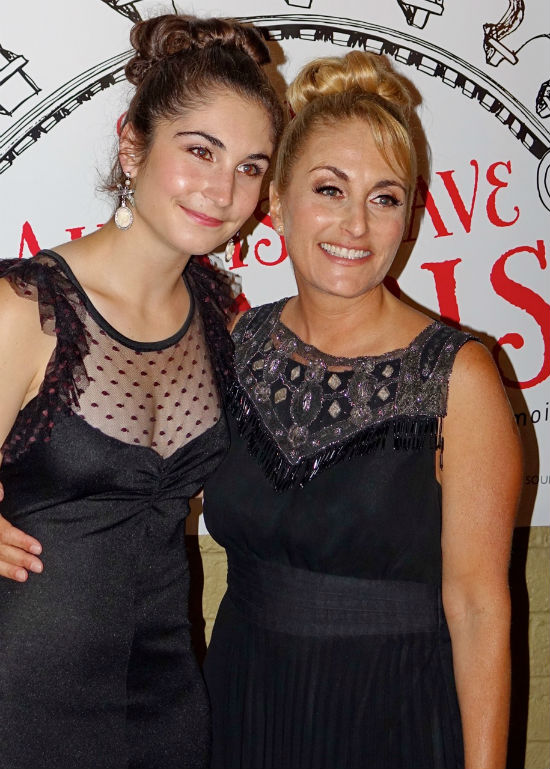 More:
Europe TravelMomsParentsamsterdamparents-moms
Newsletter Sign Up
Raise the kind of person you'd like to know
Subscribe to our parenting newsletter.
Successfully Subscribed!
Realness delivered to your inbox