For months, every time Susan’s boyfriend tried to touch her or initiate sex, she grabbed a drink. The 34-year-old needed two glasses of wine and a solid buzz to feel even remotely turned on.

More often than not, intercourse was simply off the table. Weeks passed without the couple touching or kissing. Susan never got aroused. She stopped having orgasms. She never masturbated.

“It was the complete opposite of who I am,” Susan told The Huffington Post. “I’m incredibly affectionate. I love sex. It wasn’t me.”

It wasn't: It was Susan's serotonin-norepinephrine reuptake inhibitor. And as is the case with up to 70 percent of adults who take antidepressants, the medication had gutted her sex life.

Reading the common side effects of popular antidepressants is like flipping through a grim catalog of potential sexual dysfunction. Decreased sex drive. Decreased sexual performance. Men can experience impotence. Women can lose feeling in their vaginas and nipples. Studies have shown that both sexes can experience diminished and delayed orgasms, or none at all.

Reading the common side effects linked to popular antidepressants is like flipping through a grim catalog of potential sexual dysfunction.

“We’re still not completely sure what causes depression, what the exact mechanisms are, and that same lack of clarity gets extended into the sexual side effects [of antidepressants],” Vanessa Marin, a sex therapist, told HuffPost.

The drugs target certain neurotransmitters in the brain, which can in turn affect sex drive and a person's ability to orgasm, Marin said -- but how exactly that all works is still something of a guess. Then there's the complicating factor that depression itself can take a toll on sex drive.

What is abundantly clear is that these problems affect many sexually active adults, though of course not all of them."It's incredibly common," Marin said. And women are two-and-a-half times more likely than men to take antidepressants in the first place.

But many health care providers don't broach the potential sex issues with their patients, certainly not in any detail.

“My doctors haven’t brought it up at all,” said Ashley, 31, who began taking Paxil in her early 20s to help with crushing panic attacks. At one point, they were so severe she had to stop driving. Paxil is the only thing that allowed her to function, Ashley said, and she has been on it for roughly a decade. In that time, she has seen several doctors who've helped her in many ways, but have all but ignored the complete disintegration of her sex life.

“I think that prescribers are aware of the sexual side effects, but what they’re not cognizant of is the importance of sexuality in their patients lives," said Kate Thomas, co-director of the Sexual Behaviors Consultation Unit at Johns Hopkins School of Medicine. "If patients don’t come back and say, ‘Gee. I really have no sexual life,' or 'I’m not able to orgasm’ -- which is very common -- the questions are not being asked.”

Selective serotonin reuptake inhibitors (SSRIs), which happen to be the most commonly prescribed antidepressants, are also the most likely to have sexual side effects. Other options, like Wellbutrin, may help offset sexual side effects for some women, but as with everything to do with sex and with brain chemistry, it’s highly individual. What works for one woman may be disastrous for another.

She has been forced to make a choice: Sanity over sex.

And nothing Ashley's doctors have tried has helped. She has been on three or four different medications. She has gone off Paxil for stretches of up to six months, only to experience withdrawal symptoms and a return to panic attacks. So she has been forced to make a choice: Sanity over sex.

"When I go to my next follow-up appointment, I'm going to tell my doctor to give me something that will help my sex drive, or to take me off the medicine," she said. "I'm 22. I should not be having a hard time getting turned on."

Susan also decided to go off her medication largely because she wanted her sex life back, slowly tapering her dose under her doctor's supervision until she stopped entirely six weeks ago. For now, everything seems OK. Her mood is stable. Sexually, she has snapped right back.

But depression is something she anticipates having to manage for the rest of her life. Just about everyone in her family has battled major depression, which has a strong genetic component. And she dreads the day when she must go back to an orgasm-less version of herself.

"I know it's bound to rear its ugly head again," Susan said. "My hope is that they'll have found something better by then."

This Is Your Orgasm On Antidepressants
Christian Hopkins Depression Photo Series 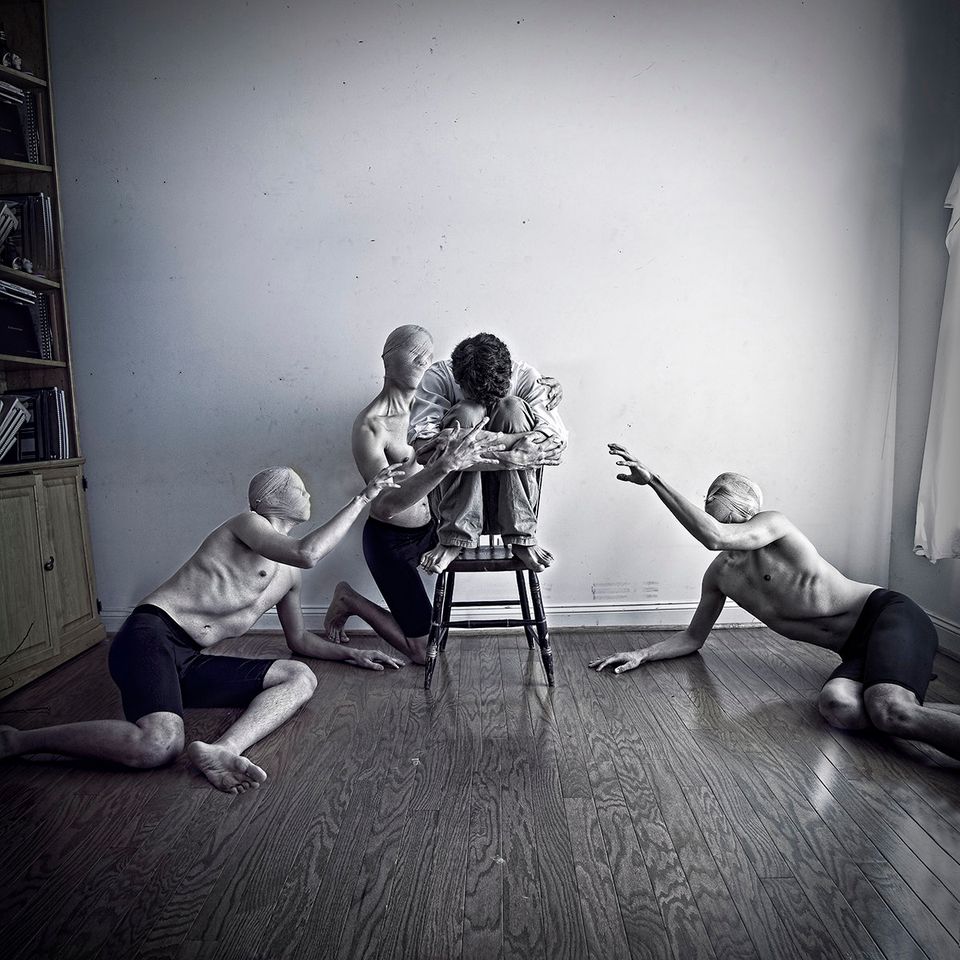