I voted for the first time in the 1988 election. I still remember entering the voting booth, full of nerves. I also remember the thrill of finally getting to do what so many around the world never get to do -- participate in their government.

Not to be too dramatic about it, but the freedom to vote was part of the reason my parents left Cuba in the 1960s for the United States. I was not going to take for granted exercising my right to vote as a U.S. citizen, not after all the sacrifices they made. I still take voting quite seriously. 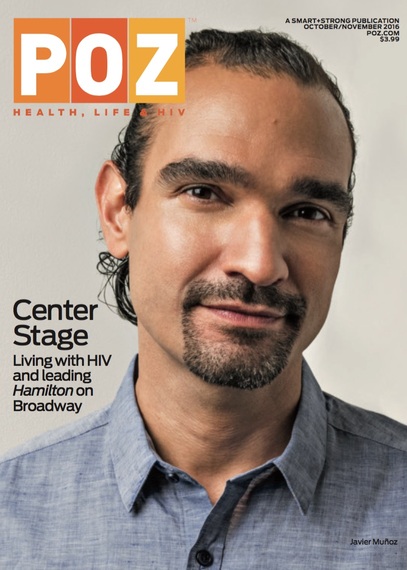 Much is at stake in this election. For sure, the outcome of the 2016 presidential race will have profound consequences for all Americans. However, when it comes to the fight against HIV/AIDS, the results up and down the ballot will directly affect prevention, care and treatment. Click here to read more about why your vote matters.

This election cycle has surfaced many hot topics. In addition to the expected discussions about the economy and foreign policy, this time around we've had raw debates about race, ethnicity and immigration, as well as gender and sexual orientation. Not surprisingly, emotions are high as a result.

As a gay Latino living with HIV, I've been caught up in the emotions of this election from multiple sides. That said, I must confess that my ethnicity has never felt so front and center for me -- which is saying a lot, since I grew up in a predominantly white neighborhood of New York City.

So it is a welcome coincidence that this special issue of POZ commemorates National Latino AIDS Awareness Day. This event is observed every year on the last day of Hispanic Heritage Month, which is October 15. To mark the occasion, we've spotlighted the stories of several Latinos fighting HIV.

Ahead of permanently taking over the lead role in the megahit Broadway musical Hamilton, Javier Muñoz -- or, as his fans and friends call him, "Javi" -- made news this past July in an interview with The New York Times. He disclosed publicly for the first time that he is living with HIV.

Muñoz, who graces our cover, tested positive for the virus in 2002. Since then, he's achieved great success in his career, despite HIV. In 2015, he even beat cancer. So why disclose having HIV now? Click here to read his answer to that and more.

Arianna Lint, a transgender Latina living in Florida, is a fierce HIV-positive activist. As a law school graduate originally from Peru and a board member of the TransLatin@ Coalition, she knows well the challenges many trans Latinas face every day, which include living with the virus and trying to prevent it. Click here to read more.

Miriam Y. Vega, PhD, former vice president of the Latino Commission on AIDS and executive director of AIDS Project of the East Bay, is now CEO of UMMA Community Clinic. Click here to find out why this HIV-negative advocate has spent much of her professional life researching the virus.