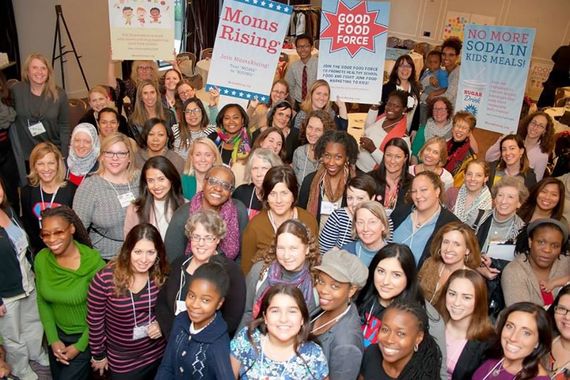 Note from the author: MomsRising.org / MamásConPoder.org and the Ecology Center, which helped successfully pass a soda tax in a U.S. city, are co-hosting a twitter chat on the health impact of soda taxes at #FoodFri on Friday, April 22, at 1pmET / 10amPT. Please do join us if this is an issue you are passionate about - as I am. -Elisa

Let's be real here. Soda isn't harmless. It's liquid sugar that too often is consumed by kids like water. It's the third source of calories in kids' diets after cake and pizza. It contributes to a child's chances of getting diabetes, cavities and tooth decay. Aside from the health implications, these are costs that families don't need! 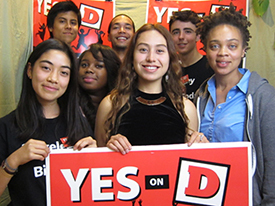 I don't buy soda at home, and treat it at restaurants like dessert. My kids can have an edible treat or soda, but not both. I've actively campaigned against the industry's aggressive marketing tactics from vending machines in schools to commercials during kids' shows thanks to MomsRising's food justice team. I phone-banked and voted for Measure D, a soda tax in my city that easily passed with over 72% of the vote. (Here is an inspirational video on how we were able to fight off the soda industry in that local race.)

And now I want to say loud and clear: this mamá supports California's proposed soda tax.

AB 2782, which was proposed in the state legislature last month, would tax sweetened soda distributors 2 cents per ounce - or 24 cents on 12-ounce cans of soda. According to an article in the Los Angeles Times, "The more than $2 billion expected to be raised each year under the tax would be given to counties, cities, community-based organizations and licensed clinics to create and maintain obesity and diabetes prevention programs. The money would also go toward providing safe drinking water and creating oral health programs."

Sounds good to me. Right now, California has the highest rate of diabetes in the country, and it costs $24 billion each year to treat. 71% of children in California experience tooth decay by the time they are in third grade. $2 billion a year will go in an instant, but it's something. If anything, it would put the soda industry on notice, letting them know that moms and dads are watching and will not tolerate predatory marketing of their products to our youth.

Not surprisingly, industry lobbyists misleadingly named "Californians for Food and Beverage Choice" have said they would rally against the bill. I am already awaiting them to hem and haw about how "regressive" the tax is, government over reach, freedom of choice. Really, how much of a choice do we have when their products are being sold in schools and behind parents' backs? They are extra aggressive in marketing to low-income and communities of color. That's a fact.

But, ultimately, they are wrong because no one needs soda to live. And no, it is not good for children. Water is.

I look forward to the Assembly's full vote on this bill.