The American Dream Out of Necessity! 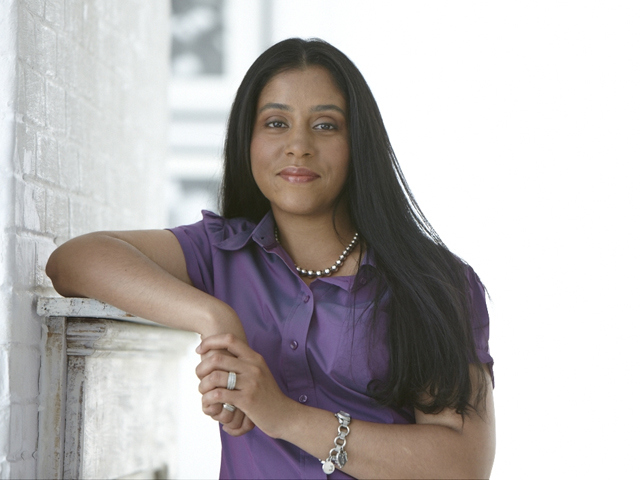 Yesi Morillo-Gual grew up in the Washington Heights area of New York City as one of five children to immigrant parents of the Dominican Republic. Her father worked 16 to 18 hours a day while her mother stayed home with the children. At the age of five, Yesi's world changed when her father died unexpectedly. This tragedy left a tremendous financial void as her mother was now responsible for five children in one of the poorest neighborhoods of New York City.

Struggle can be the Catalyst to Greatness

Entrepreneur's aren't born but made through their experiences. Those experiences often serve as the foundation and catalyst for success. Struggle, for example, can be an ingredient for entrepreneurial greatness. At the age of seven, Yesi's first job at her local supermarket also became her first entrepreneurial experience. She witnessed a problem or pain point that her manager was interested in solving. Yesi noticed that at the end of the day there were a lot of "Go Backs" at each of the cashier's stations. Go Backs are shopping items that customers no longer wanted to buy when they were at the cash register and therefore had to "go back" to the shelves. The cashiers were responsible for putting those items back and it sometimes took as long as an hour to return those items. The manager had to pay an extra hour of wages to each cashier for returning items to shelves which could cost as much as $60 each night! Yesi noticed the opportunity and as she put it "asked for a raise" by offering to return all "Go Backs" for $30.

If You See an Opportunity, Take It

In short, she saw the opportunity, timing and customer benefit and was able to provide a service at a good price. The lesson she learned that day was "a lot of times in life, you just have to ask for what you want." It's easier to receive what you want if you can see the customer benefit as well. The same thing goes for your small business and here's how: It's easier to charge your customers more money for a service if you can provide added value. Price no longer becomes a topic of conversation, but the value you're adding does.

Instead of waiting for success and prosperity to find her, this "Superwoman" became a serial entrepreneur by starting Notary Public, Virtual Assistant and Networking Events Planning businesses. I forgot to mention that she's also a director at one of the largest financial powerhouse firms, in addition to being a mother of two boys and wife. The Notary Public and Virtual Assistant businesses were started in the late '80s and early '90s as a way for Yesi to pay for college. She paid for 100 percent of her Bachelors and Masters degrees and 80 percent of her PhD. "I remember those days; I did majority of the course work for my advanced degrees on the train to and from work."

Necessity can be the mother of all business failures

"One of the biggest mistake people make is they wait until they're laid off to start a business." Yesi continues, "as a result they have to learn everything about starting a business all at once. So the expectation of making money is overwhelming and increases the likelihood of mistakes that they otherwise wouldn't have made under other circumstances." The burden of financial necessity can stifle entrepreneurial necessity for people who aren't entrepreneurs. In other words, the time to start thinking about a new business is while you're employed so the transition isn't as abrupt.

Proud to Be Latina Conference

The Proud to Be Latina conference is coming June 10th, 2013 in New York City and you can learn about tickets and sponsorship opportunities at: http://www.proudtobelatina.com/Empowerment-Conference.html

1. The time to start thinking about a new business is while you're employed so the transition isn't as abrupt.

2. Draw on your past failures as a learning potential. There's the emotional component of failure but after you've healed, you have to analyze the numbers and specifics of your business.

3. Failure is validation that you're not in the right space. It also gives you a reason to pivot or make changes to your ideas.

i. Structure -- Does your idea make sense and has the market validated it? Simply put, do you have paying customers?

ii. Are you charging too little for your product/services? Are you making a profit from selling to your customers? In other words, do you know how much you make from each sale or customer and have you accounted for all of your costs?

iii. Are you wasting time on things you shouldn't be spending time on? Can you find someone or interns to help?

iv. How do you get sales and how can you increase those sales?

In lieu of a business plan, Yesi had a vision that addressed the four most important areas of her business. Most successful entrepreneurs focus on the four key areas and in essence created a "No-Business-Plan" Business Plan. I'm not saying you shouldn't have a plan... just make sure you know what actually goes into your plan. Writing a business plan won't be useful if you have to rely on a plethora of assumptions. Yesi's built two businesses while working at a full time job because she had a vision and plan that she executed.

Excerpt from the book "Start Me Up -- The No-Business-Plan Business Plan", published by Career Press, Inc. and due out in February of 2014.