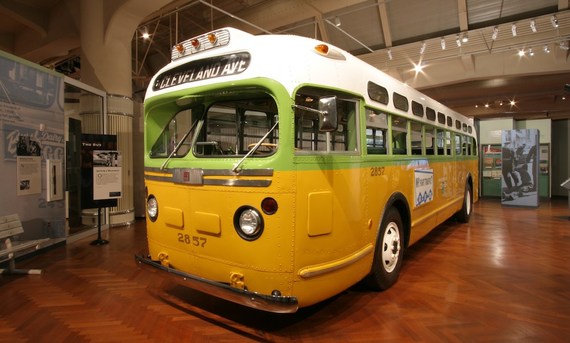 There is perhaps no more iconic vehicle in the Civil Rights Movement than the bus on which Rosa Parks refused to yield her seat. After painstaking research (including special analysis of the paint), the Henry Ford Museum confirms they have the original bus she was on that fateful day. Make a quick trip to The Henry Ford and you too can sit on this famous bus. 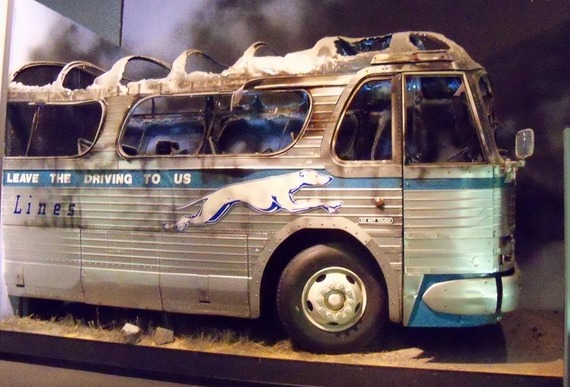 On May 14, 1961 a mob of Klansmen attacked the Freedom Riders's Greyhound bus after it rolled through an unwelcoming Anniston, Alabama. The bus first had its tires slashed at the bus station before leaving town and was then firebombed outside of town. Riders were beaten as they escaped the burning bus. The images of the burned out Greyhound became iconic rallying cries. 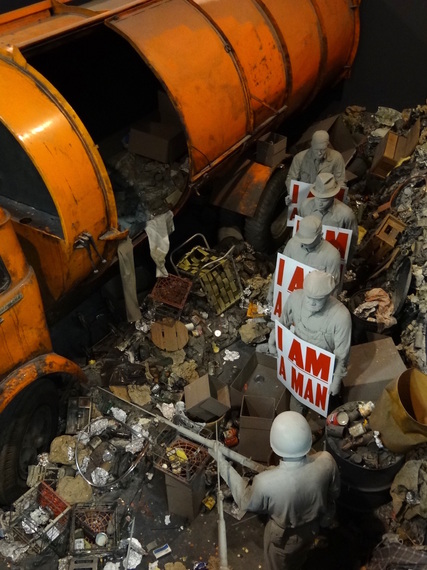 The Memphis Sanitation Strike began in February of 1968 due to poor treatment, discrimination, and unsafe working conditions highlighted by the deaths of Echol Cole and Robert Walker, workers killed by a garbage truck. It is this strike that brought Martin Luther King Jr. to Memphis to participate in a march. It would be his last march as he would be assassinated in Memphis on April 4th. The truck in the picture can be seen at the National Civil Rights Museum. 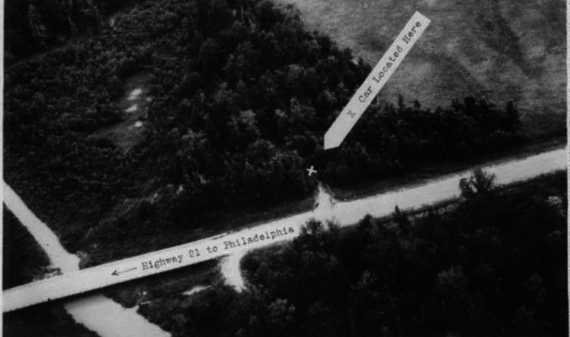 On June 21, 1964 three civil rights workers: James Chaney, Andrew Goodman, and Michael Schwerner were murdered in rural Mississippi after their CORE (Congress on Racial Equality) Ford Station Wagon was chased down. The widespread conspiracy and corruption involved in their deaths led to an extensive FBI investigation with only 7 of the 18 charged being convicted. Outrage over their deaths assisted in the passing of the Civil Rights Act of 1964 and the Voting Rights Act of 1965. 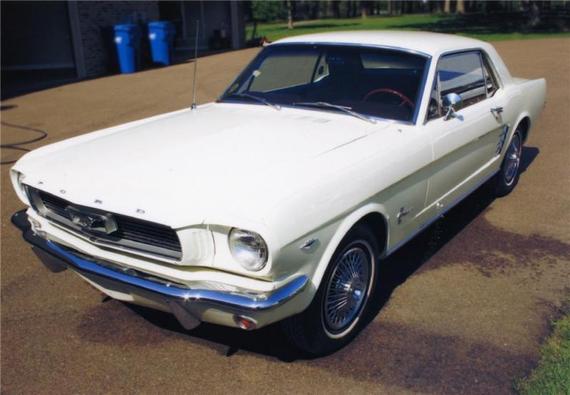 When a shot rang out in Memphis on April 4th, 1968, the world changed forever. An assassin’s bullet ended the life of Martin Luther King Jr. on the balcony of the Lorraine Motel, but his death would become a catalyst for change. The alleged assassin, James Earl Ray, supposedly fired the fatal shot from a boarding house across the street and dropped a collection of items, most notably a hunting rifle, along with a radio and a sixer of Schlitz as he fled toward his getaway car, a white 1966 Ford Mustang.

The car sold for just over $40,000 at a Barrett-Jackson auction a few years back and is now featured as part of a display at the same boarding house where Ray supposedly fired the deadly shot, now part of the National Civil Rights Museum.

Together, these 5 vehicles highlight the courage and tenacity of those like Martin Luther King Jr. who fought for equality and justice, and learning more about the role they played in the Civil Rights Movement with a trip to see some of them at The Henry Ford or the National Civil Rights Museum is a great way to celebrate MLK Day.