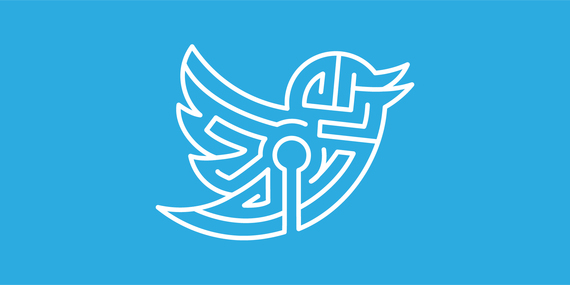 It's no secret that the PEOTUS prefers to convey vital information to the American public via Twitter. Twitter has some distinct advantages. It allows short bursts of thought, without reference or analysis. It is unfiltered. It allows feedback only in the form of other Tweets, not in any real engagement. It gives the Tweeter carte blanche with no real scrutiny.

It is a perfect platform for people to rant or vent or show a certain type of punchy cleverness. It is also valuable for responses to the Tweets of others or for anything at all. It is a perfect way for a POTUS to keep in touch with people, to hype programs he has instituted, or to call attention to world issues. But Tweets whose sole purpose is to demean or degrade newspapers, journalists, or others who disagree with POTUS is another matter entirely. And any administration that uses Tweets in lieu of press conferences eliminates any necessary scrutiny.

While this may be good for Twitter, it is not so good for the American people. The reasons are the following: While the Tweets of pop icons satisfy the need of the American people to know even the smallest details of their idol's lives, those Tweets have no real impact on the reader's own lives. If Kanye wants to wish his wife a Happy Birthday or express his thoughts on this year's Grammys, those thoughts may have us feel closer to Kanye (if that's what our goal is), but they won't affect our jobs or our national security.

The Tweets of a national leader, on the other hand, in lieu of press conferences or any other form of explanation, have repercussions that go well beyond the Tweet, itself.

When Tweets are thrown out, there is no reference point. It becomes up to others to interpret the meaning of the Tweet. What the American people then get is a statement on domestic or international policy given by someone who was never elected to hold public office. Worse, it is a statement that, in the case of our PEOTUS, often directly contradicts the meaning of the Tweet. The few times that the PEOTUS has sought to clarify the clarification, we then either get a third meaning entirely or a dismissal of the original statement.

The only people who have anything to gain from all this, aside from Ev Williams, Prince Al-Waleed bin Talal, and other owners of Twitter, are the political talking heads of the media, who then spend countless hours embroiled in their own interpretation of the Tweets, counter-Tweets, and explanations of the Tweets offered by the currently designated aides to the incoming president.

No government is transparent, nor should it be. But neither should any government be opaque. There is entirely too much at stake. PEOTUS says he will hold press conferences. We don't know if that is true, or, like the Wall or locking up Hillary, or filing suit against the women who accused him of rape and sexual molestation, or releasing his tax return after the audit is completed, they are merely crumbs tossed out either to incite or to appease. If crumbs, they are not enough to nurture. Instead, while appearing to be nourishment, they are, in effect, starving us of what we need as a free electorate.