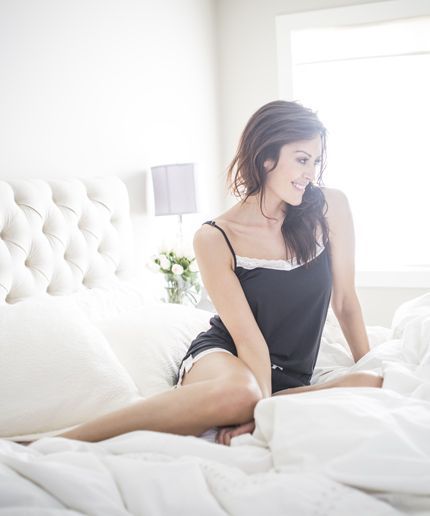 Sleepwear might not be the first category that comes to mind when thinking of highly functionality-minded clothing. But Canadian brand Lusomé has spent the last few years creating just, spurred on by founder Lara Little's poignant mission. After a quarter-century as a senior exec for major Canadian retailers, primarily on the product and buying sides, Little was inspired to start a loungewear line specifically targeting the uncomfortable and possibly embarrassing issue of night sweats. Her impetus? Little's sister was diagnosed with breast cancer and had to deal with the issue as a side effect of chemotherapy.

I had the [industry] background and the connections, and I started to research how many women were really suffering in silence," Little told Refinery29. "It's not a sexy topic, talking about night sweats. [Women] aren't bragging about this, but it's so prevalent. and we want to help open up a conversation. "

Little points to a 2015 study published in JAMA Internal Medicine on hot flashes, which were traditionally associated with menopause. The study found that 80% of women deal with night sweats, for as long as 14 years, including 30-somethings and even 20-somethings (a younger demographic than is typically associated with the issue). " It's happening way younger and lasting way longer than people initially had thought," Little said.

But the work on Lusomé, which is an ancient Scottish team for "desirable," predates the study. Little began doing focus groups six years ago on the topic, and it took two years and 70 fabric trials to create the perfect, ultra-fast moisture-wicking proprietary fabric -- all of which, Little says, ate up her savings (talk about a passion project). Using Little's sourcing connections from her 25 years in the fashion industry, Little settled on a mill that does 60 million pounds of fabric per year for Nike and Adidas, athletic-wear behemoths that know a thing or two about sweat issues. The resulting pieces are neutral separates and dresses with a cotton feel, trimmed in lace, that are completely machine washable, retailing for around $70 to $80 per piece. 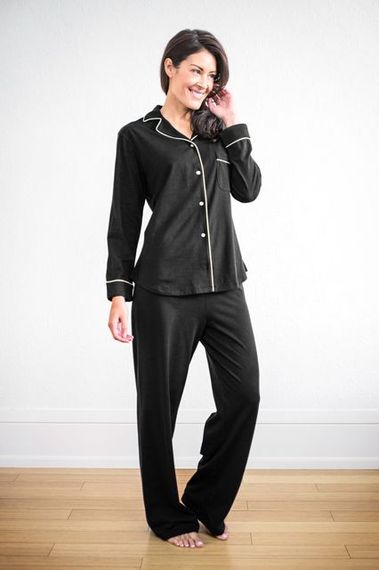 The brand first hit shelves in March 2014, and is currently carried in 80 stores throughout North America, including lingerie stores, indie womens' boutiques, and bedding purveyors, though the majority of sales come directly through Lusomé's site. Over a quarter of the brand's online sales are repeat customers (compared to an industry average of 10% or less); word-of-mouth is a huge way that women find out about the brand. The customer feedback is straight-up heartwarming: "A woman recently said she was so excited to receive her order. She had been saving for six months to buy a [sleep] set, after her best friend told her the clothing actually worked [for night sweats]," Little said; she then sent the customer two more items, gratis.

There are two or three U.S. brands addressing the same issue, Little explained, but the competition has a "very maternal or 'granny jammies' aesthetic," and primarily utilize "very unsophisticated" polyester-heavy fabrics. In the next five years, Little plans to expand into bedding and activewear; this fall, the brand will launch menswear, based on customer requests. Lingerie could also be in the cards, too. And while Little hasn't worked with any labels in the sportswear space yet, she could foresee licensing Lusomé's signature fabric for sporty uses down the line.