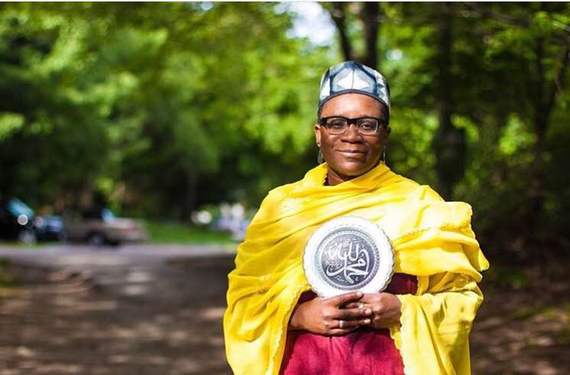 Terna, A Bisexual Nigerian-Liberian living in the United States

A documentary photography series is de-limiting the pervasiveness of anti-LGBTQ African sentiments by giving a platform for gay African immigrants in the African Diaspora to fully express themselves. Highlighting the fashion and style of LGBTQ African immigrants, Limit(less), according to the project's website, explores how African immigrants "navigate their identities and find ways to overcome the supposed 'tension' between their LGBTQ and African individualities." The artistic, photographic manifesto of Mikael Owunna, a queer Nigerian-Swedish photographer and writer, Limit(less) also seeks to examine "the additional displacement that LGBTQ African immigrants on the continent and the Diaspora face due to homophobia, transphobia, racism, xenophobia and discrimination in their respective communities."

The homophobic and transphobic sentiments and actions within the Diaspora are well-documented; as many -- including government officials -- have demeaned, attacked and even enforced laws to kill and punish communities that do not "conform" to hetero-cisgender identities. Examples of such discrimination and prejudice span the Diaspora -- from the United States, Jamaica and Nigeria -- and are accompanied by laws and actions that perpetuate and allow for such behaviors. Ugandan President Yoweri Museveni is an example of a government official imposing such anti-gay statutes, as he has enacted laws which permit citizens to report any suspicion of homosexuality to the police. 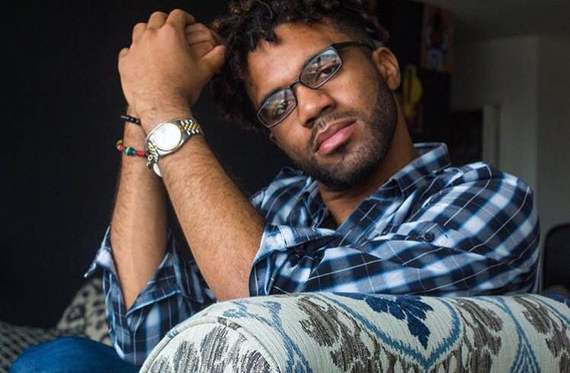 Overall, these laws continue a cycle of violence and prejudice against the LGBTQ communities in the African Diaspora and attempt to limit the diverse personalities of LGBTQ African immigrants.

However, the Limit(less) project is addressing all forms of prejudicial ideologies to dispel the myth that being LGBTQ and African is "un-African" and instead show how this line of thinking is not only false but exists as an "artifact of colonization." Through the series, Owunna shows the world that LGBTQ Africans are not a monolithic "new" phenomena; the LGBTQ community has existed on the African continent since precolonial times and continues to thrive.

"My project is just one small piece of the wider anti-colonial struggle to reclaim what being African is for Africans, much of it being driven by African women and LGBTQ folks," Owunna told me in an email.

My project is just one small piece of the wider anti-colonial struggle to reclaim what being African is for Africans.

"So many of our conceptions of 'African-ness' are firmly rooted in colonial notions of who we are and should be, and we see that in the anti-LGBTQ sentiments in our communities that are a legacy of colonization. I hope that my work, alongside those being produced by so many amazing African women and other African LGBTQ people, can continue this broader anti-colonial struggle that we as a people have been fighting for centuries," he said. 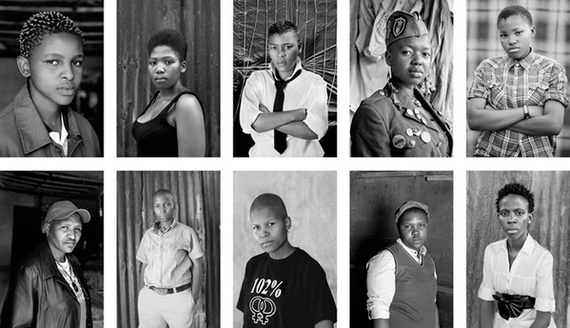 A selection of portraits from Zanele Muholi's "Faces and Phases" series.

"Growing up as a queer Nigerian in America, I had never seen any media representations of LGBTQ Africans, particularly ones created by LGBTQ Africans," Owunna said.

"That is what pushed me to start doing this work on LGBTQ African immigrants. I do not want kids coming from backgrounds similar to mine to grow up feeling alone like I did. Feeling totally isolated. Feeling like they cannot and should not exist. These are all feelings that I have struggled with personally for years being queer and Nigerian and continue to struggle with to this day," he continued.

"But doing this project has taught me that we have a large and vibrant community across the globe as LGBTQ Africans. And it's so important for these stories to be told for the LGBTQ African kids growing up now and coming after us," he added.

Check out some of the features from the project: 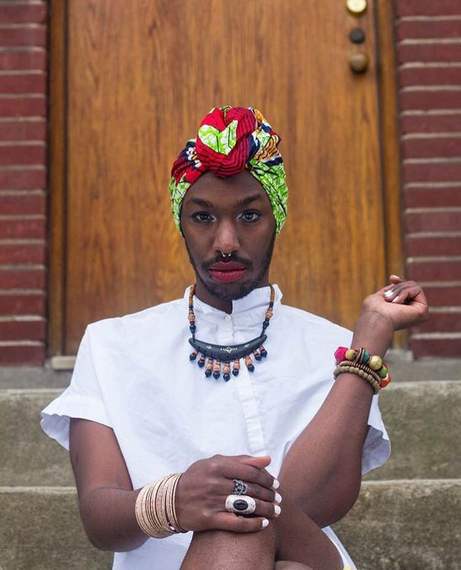 Q: How is your relationship with your family, and what does being "accepted" by your family look like for you?

My siblings and cousins have accepted me and I am happy that they don't see me as queer but just as their brother, my queerness being part of a whole, intertwining with various aspects of my personality. As for my parents and their siblings, they have understood and acknowledged my homosexuality but in their own terms. Inherently, they have accepted that their son is gay but they keep on emphasizing on the fact that they don't wish to see me acting like a "queen". Even though I have come far, striving to be accepted as gay in a traditional and Catholic family, it still does hurt to understand that my homosexuality can be accepted only if I act in the most heteronormative way.

Basically I can be gay and it's fine, as long as it is not visible. It is a bittersweet feeling but if there is something I understand with my family it's that it all takes time, especially educating them about what it means to be LGBTQ. There is definitely a generation gap between my siblings and cousins and our parents, uncles and aunts and I am blessed to have the full support of my generation. Another sad truth is that my family from the diaspora in Europe and America is more accepting of my homosexuality than my family that grew up and lived in Rwanda. 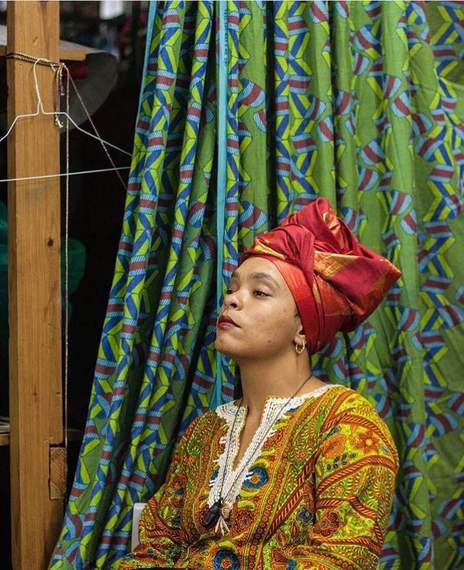 Carol Chibueze, a Queer Nigeria-American in Trinidad and Tobago

Q: Was there ever a time where you felt pushed away from your African or LGBTQ identities? If so, how did you overcome that personally?

These identities are inextricably linked for me, and I have never necessarily felt like they were/are opposed. However, I have often felt pushed away from my Blackness and African-ness in LGBTQ spaces in the U.S., which can be very white, sometimes racist, and erasing of QTPOC perspectives. There have been a few situations where I felt like my queerness did not fit in certain African spaces, but I have encountered the former much more than the latter. I feel most at home among other queer folks of color, especially Black queer people, and that has helped me overcome any lingering feelings of dissonance between my sexuality and my heritage. 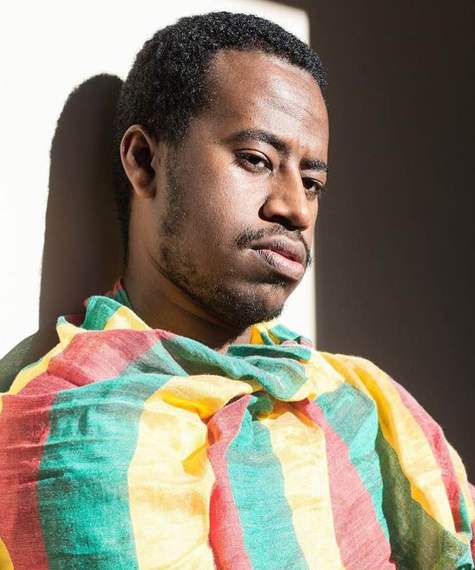 Brook, a Queer Ethiopian-American living in the United States

Q: What would you have to say to people who say that being LGBTQ is "un-African"?

I think this "Un-African" sentiment is due to western influence during the colonial era and continual pressure now. There is lots of historic evidence showing LGBTQ inclusion in many African cultures' pre-colonial eras. Homophobia is what's foreign to the continent. People like Richard A. Cohen, whose book and personal life was used as a base to introduce the "kill the gays" bill in Uganda, or groups like International House of Prayer who preach rather conservative American political agendas that even some Christians may contradict (abstinence over contraception, avoiding abortion, and of course complete eradication of LGBTQ people) are the reason why this "Un-African" sentiment is widely spread throughout the continent. Ironically what [these missionaries] are preaching is what's "Un-African."