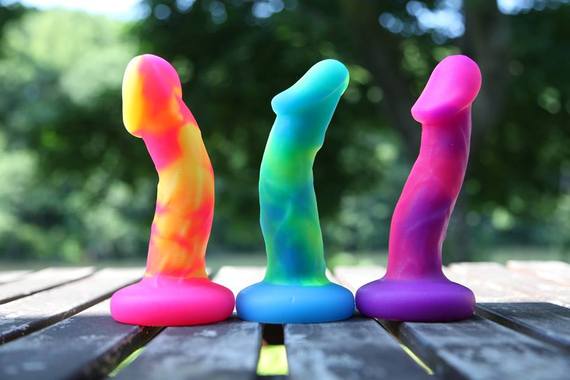 Downs explained that her sense of entrepreneurial ambition came from frustrations with the white straightness of the marketplace in general.

"See, I grew up biracial in a mostly white neighborhood in Manhattan," Downs said. "When my mom would take me to buy shampoo, the black hair products were always in a small or nonexistent section of the store. The products for me weren't around any of the other products labeled 'normal.' I wasn't normal, and I didn't belong. When it came to sex toys, I was tired of not seeing myself reflected in the world." 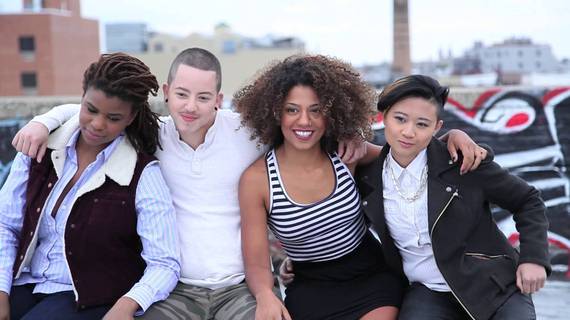 I nod on the other end of the receiver. I'm inspired by Downs and her conviction. As a queer, transgender person, I've used these toys for the majority of my life. But I never thought it would be possible to improve on the uncomfortable aspects of affordable, accessible dildos. I just assumed there was nothing I could do. Queer sex and sex toys are still veiled in so much shame and secrecy that the majority of us -- particularly those without access to a major metropolitan area -- have no idea what we are purchasing, how it functions, and if we have the option to shop around.

"The inception wasn't much more complicated than that," Downs said. "We just imagined something with a prominent head, a bit stilyzied, and a bit of realism in the veins, something that would pack well with flexibility."

The process goes like this: Downs mixes the platinum-based silicone (which is manufactured in the U.S.), pours the silicone into the moulds, takes them out, packages them, puts them in a box, and sends them to customers.

"It's like the way you'd make a cupcake," she said, laughing. "But I'm making it sound easy. Selling that first toy was the biggest hurdle. I remember that first sale very vividly. I was so excited. I offered to make it to the customer's exact skin tone. They gave us a check, and I gave it to them in a brown paper bag."

Check out the Collective's "pack and play" demonstration video below:

Since that first sale, the Collective has worked numerous trade shows across the U.S. and is now marketed in sex stores across the U.S., including Good Vibes in San Francisco, Babeland in New York, and recently Pleasure Chest in Los Angeles. (To see complete list, click here.) They were also the subject of international attention when they began offering to 3D scan a person's own anatomy then turn it into a sex toy. But the group hasn't achieved all this without difficulty; they were targeted this spring as part of the Chase Bank shutdown of businesses working in the adult industry.

And the Collective is currently moving at a clip. They're selling now two different sizes of "pack and play": the "Shilo," which is 6 inches in length, and the "Mason," which is 7.5 inches in length, great for mobility and versatility. The Collective also sells two different "packers" and are the only company currently manufacturing an uncircumcised version, as well as a variety of vibration accessories, all available for purchase online.

"We made the decision at the beginning that as long as we keep making innovative, affordable sex toys, even if we break even, it will be a success," said Downs. "It was totally worth the risk. Making these products has opened up my life. I'm freer, happier. As people, as queer people, bringing a product to market, executing it is so valuable. I would want to encourage anyone who has an idea to actually give themselves a shot and execute it. Just because it doesn't exist doesn't mean it's impossible. Give yourself a chance to make or create whatever you want."