Shalin Shah died of cancer at the age of 22, but before his death he made sure to send a message to the world to cherish life for the gift that it is.

Shah made headlines in the weeks leading up to his death in May 2015 for a powerful blog published on The Huffington Post, titled “Thank You, Cancer.” In it, he described moving through his fear of death to realize his true purpose in life ― to inspire others to live their lives fully, even as his own was rapidly coming to an end.

The 22-year-old’s profound and precocious wisdom motivated his family to launch a hashtag on Twitter and Instagram, start a foundation in his name and publish a book of Shah’s quotes.

Now with the help of software company Finoit Technologies, the Shah family has developed an app that aims to make gratitude a daily part of people’s lives. The app, available for download on Apple and Android devices, invites users to set a daily gratitude reminder “to take a moment and appreciate the beauty of life,” according to a release.

Think of it as a “gentle nudge,” the Shah family said, reminding users to slow down and give thanks.

“The app was developed to spread Shalin’s legacy,” his mother, Bharati Shah, told HuffPost. “Shalin’s wish was that if he could put a smile on someone’s face even for a minute it served his purpose in life.”

Shah was just 22 years old when he died from an aggressive form of soft tissue cancer in May 2015. A California native and recent college grad, Shah had just begun Peace Corps training in Peru when he became ill and was later diagnosed with  stage IV synovial sarcoma.

In the months that followed, Shah confronted his fear of death and developed a profound philosophy of life. In his blog, “Thank You, Cancer,” Shah wrote:

This is the purpose of my life I had been searching for all of my life — to inspire positive personal change in as many people as possible. In fact, that is the reason I’ve decided to write this article and go public with my story as well, I want to share my experience of realizing how beautiful the gift of life truly is in the hopes that it can inspire others who are going through tough times to appreciate the positive in life a little more. It is also the reason why I am, after all that I’ve been through in the past few months, thankful for terminal cancer.

The young man’s legacy lives on through the app, which features quotes from Shah’s writings and photographs of his travels abroad.

“We hope it will inspire many and spread positivity and good vibes all over the world,” the Shah family told HuffPost. “It’s a simple way to slow down and take a moment for yourself.”

See a sample of the app’s offerings below:

PHOTO GALLERY
"To Be Happy" by Shalin Shah 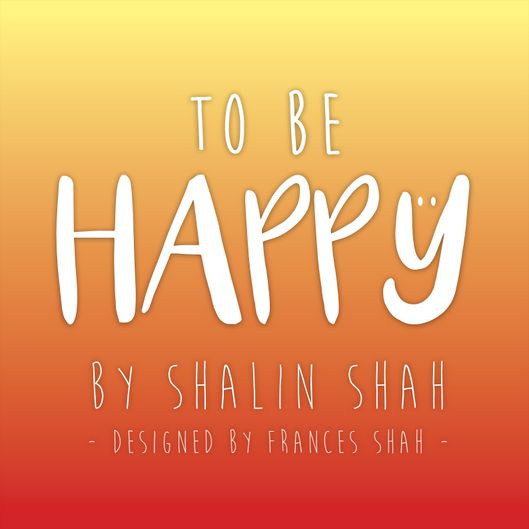