Entrepreneur Al Meyers was attending a TED conference in Palm Springs in 2009 when a presentation by TED Prize winner and Venezuelan conductor and economist Jose Antonio Abreu sparked an idea. During his speech, Abreu connected to a live satellite feed of Gustavo Dudamel conducting their country's Teresa Carreno Youth Orchestra, who'd been trained through El Sistema, a program developed by Abreu that provides music instruction for children from poor socio-economic backgrounds. Meyers, a longtime advocate for education reform who'd also worked in the development of educational video games, was so moved by the performance, he wondered if there was a way to bring the energy and success of such a program to Atlanta's inner-city youth.

"Given the reduction of music resources in many Atlanta Public Schools -- particularly at the elementary school level -- I felt that Atlanta needed a program that gives children the emotional and social foundation to not only learn a musical instrument, but to improve academically," Meyers tells me in a recent interview.

After a little research and rallying of corporate colleagues for funding, Meyers hooked up with Dantes Rameau, an award-winning Canadian bassoonist (and alum of The Yale School of Music and the New England Conservatory, to name a few) who studied El Sistema in Venezuela as a member of the Abreu Fellows Program. Together, the two co-founded and launched the Atlanta Music Project (AMP) in October, 2010. 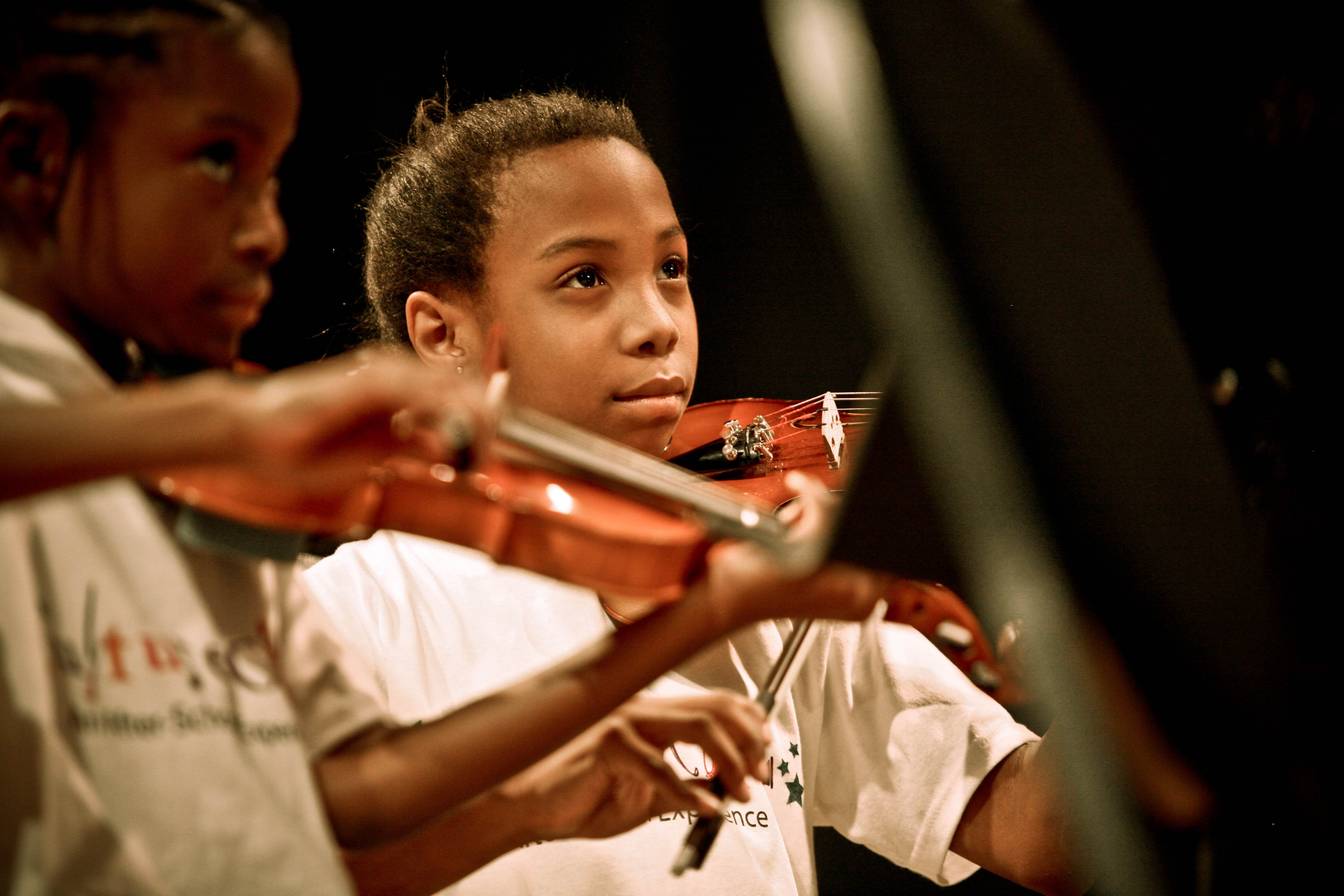 "Just like a high school football team can galvanize a small town, our youth orchestras are galvanizing the areas that we're serving," Rameau, now AMP's Executive Director, says of his organization's after-school youth orchestra and choir programs, which serve dozens of kids in Atlanta's Edgewood and Perkerson neighborhoods.

"We believe all children are musical, so we don't hold entrance auditions or require students to have any musical experience," Meyers adds. "The only thing required for a student to be in AMP is a commitment to attend all classes."

This intensity and dedication to 5-days-per-week instruction - along with being mentored by world-renowned teaching artists and learning in a group setting - are AMP and El Sistema's most effective methods, says Rameau: "Our students receive a minimum of 10 hours of classes each week. We want them to be safe and off the streets during after-school hours, but we also want them to feel ownership of the program and develop strong music performance ability and life skills."

For one student, AMP has done just that.

"My daughter is slowly breaking out of her shy and timid shell", says Beverly Shackelford, whose daughter Chantania, age 9, has been with AMP since its inception. "I have noticed a change in the way that I play my violin. It's like I can feel the music and that makes me play it better. I really enjoy going to different places and performing," Chantania says of AMP's recent presentations at prestigious local venues such as Philips Arena, Woodruff Arts Center, and the W Hotel Atlanta Midtown.

"For the kids, they always tell me that the best part of the performing is the recognition and applause from the audience afterwards," Rameau tells me. "For this reason, I believe it's very important for us all to give all kids the opportunity to be great - and to let them know that we're rooting for them."

As AMP's Board Chair, Meyers says he looks forward to documenting the program's continued successful outcomes, which will be critical to sustaining funding from existing and new corporate and philanthropic foundations.

As for his own music instruction, Meyers says music lessons as a boy not only fostered his creativity but also helped him with the discipline and focus he needed to excel as a successful high school and college athlete: "It taught me how to make a commitment to something that would provide me with the tools to do whatever I wanted in life."

Rameau is also thankful for the opportunities music afforded him (including attending top schools and performing great repertoire all over the world), but mostly for "the opportunity to pass the benefits of music on to the next generation" through his work with AMP.

As for Chantania and her fellow students, this Thanksgiving, there's only one thing on their minds: perfecting Gioachino Rossini's "William Tell Overture" for their upcoming holiday concerts.

"I am thankful that my grandmother is home from the hospital and she will be able to come to the holiday concerts to hear me play my violin. She said she always wanted to learn how to play, but she was never able. I get excited about playing holiday music, too, because I know that Christmas is on the way, " says Chantania.