While we live in an era where TV shows like Mr. Robot opens up to us a world of a really cool (though probably over dramatized) hacking underground, the truth is that internet security is no joke.

The world is connected now more than ever.

Coffee shops and bookstores offer free WiFi and people flock to these internet watering holes to drink up all the free WiFi goodness. And sure, free WiFi is great, but plopping down your laptop and jumping on the network along with a whole bunch of other people is a huge internet safety hazard.

If you don't think so, do a simple internet search on how easy it is to hack someone's computer.

Hackers exist and will take advantage of you if you're leaving your virtual locks open.

Want a short and sweet real life example? Mark Zuckerberg. Yup, the man behind Facebook has been hacked.

The big names aren't the only ones being targeted. Even I've been personally affected by identity theft, and let me tell you -- that is not a fun process to go through!

Even fellow HuffPost writer Ramin Essaid believes 2016 will be a scary year for internet security.

But let's face it.

We need internet, we need WiFi. Especially if you're like me where your business literally travels with you and you need internet on a daily basis.

But what if there was a tool that could help alleviate this stress of keeping your information safe while on a WiFi connection?

Up until recently, I wasn't aware of anything that could do this. But then I stumbled upon a soon to launch device called BetterSpot. 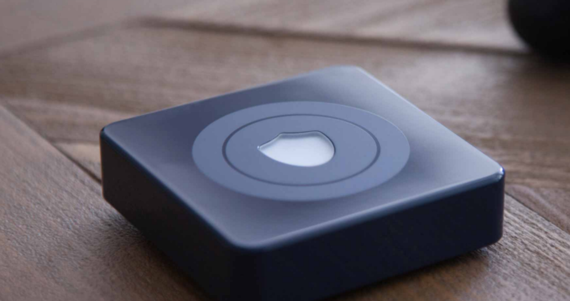 This device is a Virtual Private Network (VPN) router that is small enough to fit into your back pocket. When you connect BetterSpot to your device and a public network, the device encrypts the information coming in and going out to prevent your information from being hacked.

As you would suspect, I was curious about how this worked. According to Betternet blog (the creators of BetterSpot), a VPN is the best way to secure your connection because it "gives you a different IP which allows you to spoof your physical location."

So by connecting to the internet through BetterSpot, you'll essentially be invisible to any potential hacker riding the network with you.

The other thing that I loved about the features of this device is that you can use it in your travels and unlock content that restricted to the region you're in.

That might come in handy when you're backpacking through Europe but you still want to stream your favorite show online.

While the device is yet to be up for sale, they will have a Kickstarter campaign coming out soon. Either way, as someone who's been through the grinder of identity theft, you can be sure I'll be keeping an eye on this one.

What about you? Would you use BetterSpot or something similar?