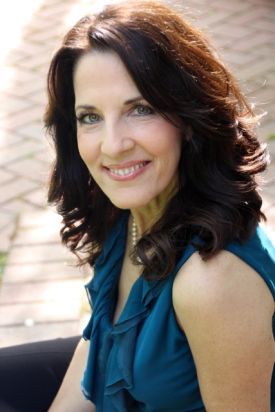 Registered dietitian-nutritionist Bonnie Taub-Dix is one of the nation's leading health influencers, sharing her knowledge of enduring healthy habits on a host of national outlets such as the Today Show and US News & World Report's "Eat + Run" blog, as well as through her book, Read It Before You Eat It.

Bonnie is also the director and owner of BTD Nutrition Consultants, LLC, where she advises corporate clients, counsels individuals, and is regularly quoted by the media.

But she's also a wife and a mom to three sons, and like any parent, her family's health and well-being has always been her top priority. So it's a testament to Bonnie's widely quoted expertise on nutrition and family health that her grown sons are healthy, well adjusted and, like their mom, love to cook.

Just ask her son Sam Dix, 24. "Cooking is so much more to me than simply a necessity for preparing food -- it's an experience," he said. "I have grown to enjoy cooking with others, experimenting with new ingredients and always being open to trying new foods."

So what's her secret? It's simple, really. Her family cooks together at least once a week, on Mondays. "I owe my appreciation for food to those nights we spent cooking together as a family," Sam remarked.

Why Monday? Bonnie has a unique take on a weekly occurrence we can all relate to. "Even as a kid, I had 'Sunday Night Syndrome.'" she said. "I really didn't like Mondays because it meant leaving the weekend and going back to school or work. So as a parent, I try to make Mondays more fun."

Making Mondays "fun," in Bonnie's case, didn't mean planning exciting trips or parties, but rather, it meant creating an additional opportunity to spend quality time together, developing healthy habits through activities like bike rides, crafts and -- because she is "enamored with food," as she puts it -- cooking family meals together.

Bonnie is onto something here. As it turns out, Monday is the day that even the non-nutritionists among us are most focused on our health. A study recently published in the American Journal of Preventive Medicine showed that health-related Google searches spike markedly at the beginning of the week. And although "Sunday Night Syndrome" is certainly a force to contend with, a national survey showed that over half of people see Monday positively, as an opportunity for a fresh start or to get their acts together.

This research -- and successes like Bonnie's - are the foundation of The Kids Cook Monday campaign, a sister campaign to the more widely-known Meatless Monday campaign (of which Bonnie is also a major advocate).

And while some parents may balk at the idea of corralling the kids into the kitchen after a long first day of the week, starting the week off by engaging in this habit is well worth the effort. Of course, the practice helps children learn about nutrition and food preparation - skills that will equip them for a lifetime of healthy eating and serve one of our greatest tools for combating the nation's pressing obesity epidemic. But as well, children who take part in regular family meals - the inevitable outcome of cooking together, of course -- enjoy a host of additional benefits. Regular family meals are associated with improved academic performance, increased reports of family togetherness, and lower rates of trying illicit substances. Recent research has even demonstrated that adults and children alike are more likely to have healthy body weights when family meals are frequent.

Most importantly, participating in family meals may provide children with a sense of accomplishment and self-confidence, setting them up for a lifetime of achievement. "As my mom's 'sous-chef,' I could sprinkle a little bit of this and that, even throw in a flavorful ingredient that wasn't mentioned in the recipe," explained Bonnie's youngest son, Jesse Dix, 19. "I was overwhelmingly proud when my entire family would sit down hours later to eat what I had helped make."

The Kids Cook Monday was founded in 2009, but Bonnie has been far, far ahead of the game in establishing Monday as the day for cooking family meals in her household -- she's been at it ever since her oldest son was born, and he's 27. "I knew that my mom was always up for a cooking challenge and that it would be fun regardless of how it came out," said Bonnie's eldest, Adam Dix. "It really does set the tone for the week," Bonnie added.

What does this Monday meal pro suggest to parents about how they can introduce this weekly habit? Here are her top five words of advice:

Encourage the kids to help select what you'll make: This practice gives kids an active voice in the family's meals, and perhaps more importantly, significantly increases the odds that they'll consume what you make together. "I always left my food magazines around the house so that the kids could flip through them to see if there were things they liked," Bonnie commented.

Start planning on Sundays: Of course, Sunday night typically lends itself to leisurely family meals, but it's also a time to start planning for the healthy meals you'll enjoy during the rest of the week. "On Sundays, there's a greater chance that you can do the food shopping or even just have the conversation about what you'll make," Bonnie explained. "We always had breakfast together on Sundays, and that's a time when everybody could talk about 'hey, so what do you want to make tomorrow night?'"

Model healthy behaviors yourself: "I always say, 'set an example when you set the table.' So much of what we do is modeled and copied by our children," Bonnie said. "You also have to commit to do the things that you want them to do, like not look at your phone or check email. It takes a tremendous amount of discipline, but you know that you're really there for each other and you're not going to be interrupted."

Establish a routine, but be flexible: According to Bonnie, "If Monday night is family dinner, then you know that making other plans that night is not on the table." She added, "But this night may need to change depending on how schedules change." So if a child has a regular commitment away from home on Mondays one semester, you'll gain similar benefits by establishing Tuesday as the day everyone is expected to be home for dinner.

Keep up the habit other days of the week: "If you can't make dinner every night, even a snack together promotes conversation and shows togetherness." Bonnie said. "And sometimes, if my husband worked late, then I might eat later with him, but I would still sit with the kids while they ate. Even if you're just physically present, it's helpful."

Though Bonnie's sons are now grown and she only occasionally has the chance to revive their Monday ritual, she knows that the benefits of their childhood tradition are life-long.

"Fast-forward to today, and one son is inviting me over to his apartment for dinner, or my other son is writing to me from college, saying 'when I come home let's make this.'" Bonnie said. "To me, that is the best gift."

Bonnie's sons are well aware of the benefits, too, and it's a tradition of emotional and physical health that they plan to pass on to Bonnie's future grandchildren.

"Cooking together always provided us with a great opportunity to talk and find out what was going on in each other's busy lives," Adam recalled. "I look forward to doing the same when I have a family of my own."

And we look forward to hearing about it -- possibly soon. Bonnie and her family had the joy of seeing Adam get married just last month.

Ready to start cooking with your kids? Visit TheKidsCookMonday.org to learn more. 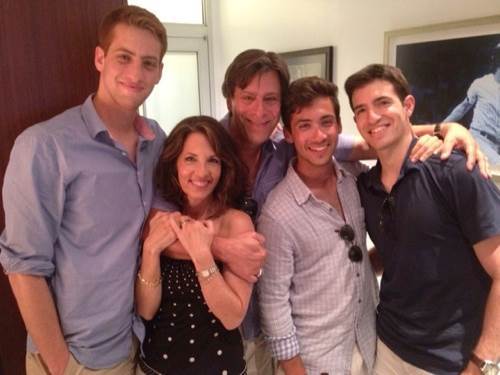