Seven days, lots of science in the news. Here's our roundup of this week's most notable and quotable items: 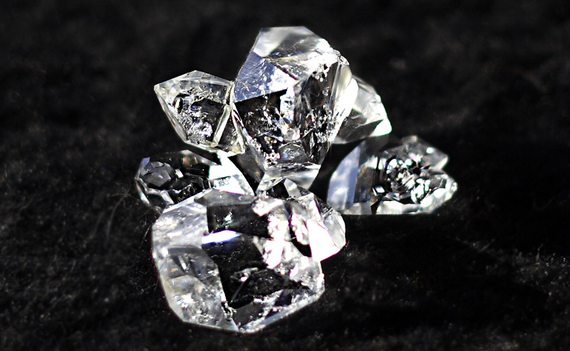 New pictures from the comet-chasing Rosetta spacecraft show that its target, the comet 67P/Churyumov-Gerasimenko, is actually two icy rocks stuck together.

Physicists crushed a diamond with lasers down to a pressure 14 times that found at the center of the Earth.

The cold storage unit where scientists unexpectedly discovered six vials of smallpox virus has even more pathogenic treasure. Researchers turned up 327 vials in all, including containers labeled as containing dengue, influenza, and Q fever viruses.

A new class of cochlear implants in development use light to communicate sound to a patient's brain.

Swinging your arms when you run saves energy.

The Mars Curiosity rover is entering the most dangerous terrain it has seen yet: a stretch of ground studded with wind-sharpened rocks that could shred its aluminum wheels.

Polar bears may be able to survive on ice-free land by eating goose eggs and caribou, but it's unclear if the bears will be able to gain enough energy to justify the cost of chasing unusual prey.

The cholesterol drug niacin causes an average of one death among every 200 people treated, which many doctors say means it's too risky to use.

Japanese regulators gave preliminary safety approval to what could be the first nuclear power plant to restart under new rules designed after the 2011 Fukushima Daiichi disaster.

A crater that opened up in Siberia may be due to rising temperatures in the region.

Newly discovered water mite Litarachna lopezae, which dwells in a coral reef off the coast of Puerto Rico, was named in honor of pop star Jennifer Lopez.

"This Week in Science" is presented by the World Science Festival, an annual celebration of science in New York City. To see engaging scientific conversations, learn about new discoveries and more, check out the Festival website.