Seven days, lots of science in the news. Here's our roundup of some of the week's most notable and quotable items: 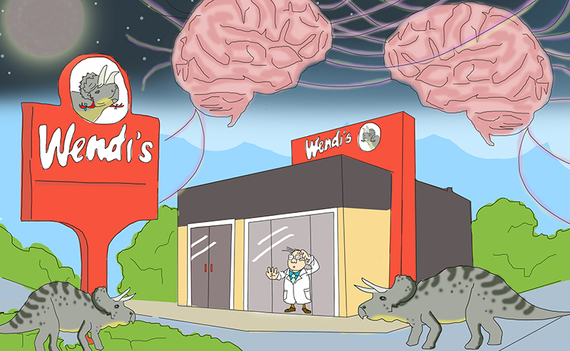 New Horizons neared its historic rendezvous with Pluto (after overcoming a slight technical glitch) and is already sending images of never-before-seen features on the dwarf planet. (Stay tuned for next week's scheduled flyby.)

Newly discovered Triceratops cousin Wendiceratops is helping scientists answer the question of why these dinosaurs evolved their distinctive horned and frilled faces.

Researchers found five supermassive black holes shrouded behind blankets of gas and dust, leading scientists to think there could be potentially millions of these hidden black holes lurking throughout the universe.

A Japanese company is developing technology for artificial meteor showers.

Two scientists said they thought there might be signs of life on the comet currently being investigated by the Rosetta spacecraft -- but lots of other scientists thought those claims are unfounded, to say the least.

Using genetic sequencing techniques, Canadian researchers were able to track back a 2010 outbreak of measles to a single person visiting from China.

MIT physicists figured out why puddles stop spreading after a certain point.

Conservation researchers are planning to launch the biggest global survey of sharks ever.

Researchers are creating "brainets" by wiring the minds of groups of monkeys or groups of rats together.

Proteins found in squid beaks may be the key to better hip and knee implants.

"This Week In Science" is brought to you by the World Science Festival. For engaging science news, conversations, and media, check out the Festival website -- or sign up for our newsletter.