Seven days; lots of science in the news. Here's our roundup of this week's most notable and quotable items: 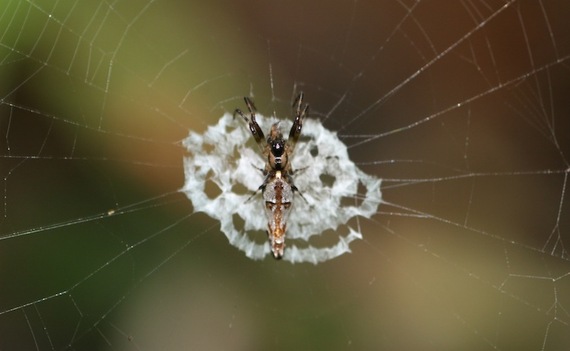 Twin astronauts Mark and Scott Kelly have offered their services for a study on the long-term effects of weightlessness on humans. A prosthetic leg made from bicycle parts and a robotic search-and-rescue rover were just two of the projects featured at the annual White House science fair. Researchers found an ichthyosaur graveyard underneath a melting glacier in Chile.

The scientists who developed cosmic inflationary theory, pushed the boundaries of microscopy to enable visualizing objects smaller than the wavelength of visible light, and uncovered the specialized areas of the brain tied to memory and cognition are the recipients of the 2014 Kavli Prizes in astrophysics, nanoscience and neuroscience, respectively. The Kavli Prize announcement was rebroadcasted live from Norway to kick off the World Science Festival.

Kawasaki disease, a rare condition that causes inflamed arteries in young children, may be spread by the wind across the Pacific Ocean, via a fungus. Japan is attempting to halt the escape of radioactive materials from the Fukushima nuclear plant by freezing the ground near the plant 100 feet down for a nearly mile-long stretch. Toxic invasive toads are poisoning wildlife in Madagascar.

A parasitic fig wasp uses a metal-plated ovipositor to inject its eggs into the larvae of other insects. Humans may have traded powerful primate muscles for the energy needed to feed our big brains. Researchers fixed broken teeth in lab rats with lasers.

Winter brings cold and flu, but summertime woes are legion as well: valley fever, brain-eating amoebas, lyme disease, and poison ivy. To avoid getting eaten by predators, the orb-weaving spider (Cyclosa ginnaga) masquerades as a pile of bird poop.

_________
"This Week In Science" is presented by the World Science Festival, which runs from May 28 to June 1 in venues across New York City. For tickets and more information, check out the festival website.