World War I at Sea: Antisubmarine Warfare, Torpedoes and Mines 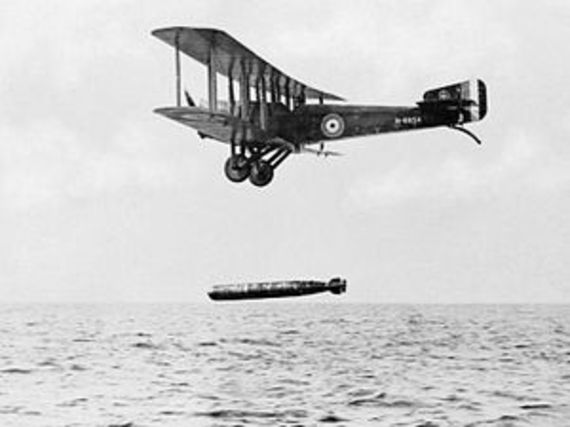 In February 1915 the German government announced the commencement of unrestricted submarine warfare against Allied shipping. A "war zone" was declared in all the waters surrounding Great Britain. Any hostile merchantman in the area were subject to unannounced attack by U-boats. A narrow corridor, running across the Atlantic to Land's End at the southwest tip of England, was, in theory, provided for neutral shipping. Given its slow speed and light gun armament, U-boats were not very effective when they were forced to abide by stop and search rules. Even on the surface they were scarcely faster than the average merchant ship. The U-boats most effective tactic was a torpedo attack without warning. These tactics, however, risked the sinking of neutral merchantman.

In the first month of the new policy a total of twenty-nine ships totaling 89,517 Gross Register Tonnage (GRT) were sunk. The pace of ships being sunk continued throughout the summer of 1915. Not surprisingly, the death toll included a variety of neutral ships including ones from Holland, Greece and Sweden. 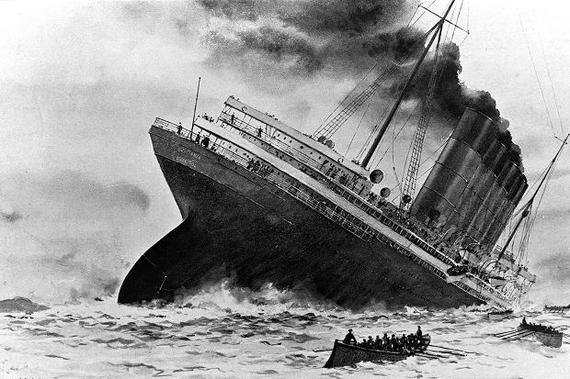 Sinking of the Lusitania

On May 7, U-20 sank the RMS Lusitania. Although it was a British ship, a variety of international agreements, generally referred to as the "Cruiser Rules" specified that passenger ships could not be sunk. The German government subsequently claimed that the Lusitania was carrying munitions bound for Great Britain in contravention of the "Cruiser Rules" and was thus a legitimate military target. The British government denied the charge. The issue has never been settled and the debate rages to this day. The sinking of the Lusitania resulted in the deaths of 1,198 passengers, 128 of whom were American citizens. The sinking caused a storm of protest in the United States.

British antisubmarine countermeasures were largely ineffective. At the time there was no means of identifying submerged submarines much less attacking them. Most submarines that had been destroyed had been on the surface and had been attacked either by ramming or by surface fire. A primitive form of depth charge had been developed in 1913 by taking a standard Mark II mine and fitting it with a hydrostatic pistol pre-set to detonate at 45 feet below the surface. Called a "dropping mine," it could be effective to 100 feet below the surface, well within the effective depth that WWI era submarines could reach. The device carried a charge of 1,150 pounds of explosive and the resulting explosion could pose a danger to the ship dropping it. 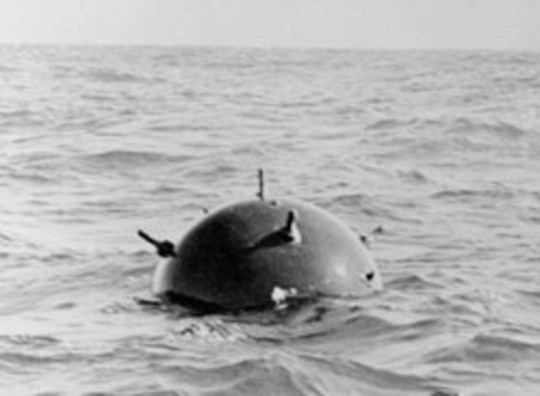 World War I Mine

The first effective depth charges did not become available until January 1916 with the introduction of the Type D depth charge. These were the familiar barrel shaped design and carried a charge of either 300-pounds or 120-pounds of TNT. Slower ships used the smaller charge to insure that the resulting explosion wouldn't damage them. For most of the war, however, demand for the depth charges exceeded the supply and most ships rarely carried more than two depth charges.

The first successful depth charge attack was against U-68 off Kerry, Ireland on March 22, 1916. Over the course of the war a total of 74,441 depth charges had been issued by the Royal Navy, 16,451 of which had been fired, resulting in 38 outright "kills" and aiding in the subsequent destruction of 140 more U-boats.

There were a variety of tactics employed in defending against U-boat attacks. The most effective tactic was turning towards the U-boat and attempting to ram it. If the boat submerged, the merchant ship's superior speed over a submerged U-boat would allow it to escape. Over half of all attacks against merchant ships by U-boats were defeated in this way. 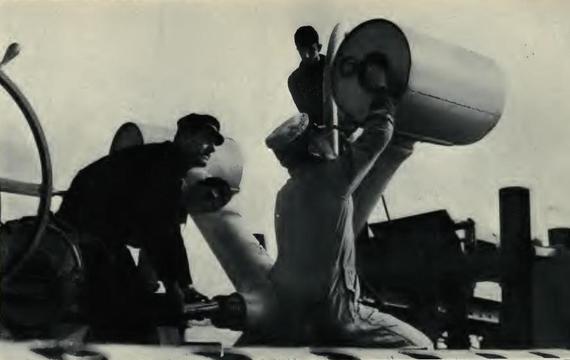 World War I era torpedoes had a range of between 1,640 and 3,380 yards. The range eventually increased to 9,190 yards. Ranges were based on an average speed of 27 knots. At the top speed of 35 knots, the range, even on later models, would drop by 60 percent: to between 2,400 to 3,800 yards. German U-boats had a submerged speed of about 7 to 8 knots versus those of merchant vessels on the surface of between 11 and 13 knots. That meant that within 15 to 30 minutes a merchantman could open up a distance between itself and an attacking submarine to place it beyond torpedo range.

A second option was either arming merchant ships for self-defense, or arming and manning decoy ships with concealed deck guns. These were the so-called Q ships. If a U-boat surfaced, Q ships could engage and sink it. There were never enough Q ships to make a real difference, however, and U-boats rarely surfaced. The Germans argued that such tactics put merchant ships outside the protection of the Cruiser Rules. Since the Germans weren't abiding by those rules anyway, the point was largely academic. In total, 16 U-Boats were destroyed over the course of 1915 by these various tactics. In return the U-boats sank a total of 370 ships totaling 750,000 GRT.