The Middle East Theater in World War I: Mesopotamia 1915

On April 12, 1915 Ottoman Forces, under the command of Suleyman Askeri Bey, attacked the British camp at Shaiba, southwest of Basra. His forces consisted of about 4,000 regular Turkish soldiers, supplemented by approximately 14,000 "irregular" troops drawn primarily from the local Arab tribes, as well as some Kurds. The British garrison consisted of roughly 7,000 men.

Following an evening bombardment, Ottoman troops tried to crawl through gaps in the barbed wire emplacements surrounding the British camp, but were repulsed. The next day, a force of Turkish troops, accompanied by Arab irregulars, tried to bypass the British camp entirely and made their way towards Basra, but were stopped by elements of the 2nd Dorset and the 24th Punjabis. On April 14, British Forces located the main Turkish force in Barjisiyeh Wood, and after a bitterly fought battle culminating in a bayonet charge led by the Dorsets, the Ottoman force was overwhelmed. 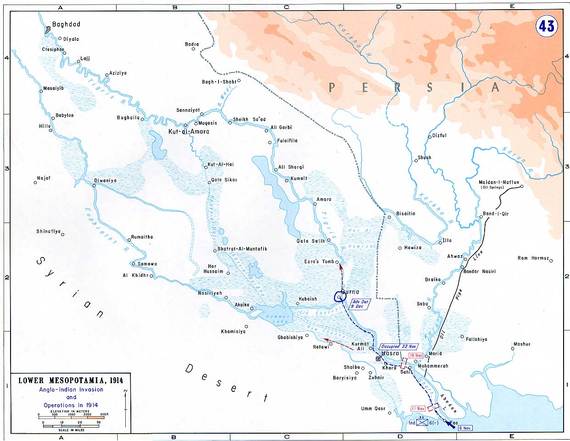 The Turkish commander blamed the unreliability of the Arab irregulars for his defeat and withdrew his forces some 75 miles upriver. Arab irregulars would play no further part in Ottoman military operations. After the battle, Arab leaders in Mesopotamia, never great supporters of the Ottomans to begin with, began to distance themselves from them and a number of revolts would later break out at Najaf and Karbala. 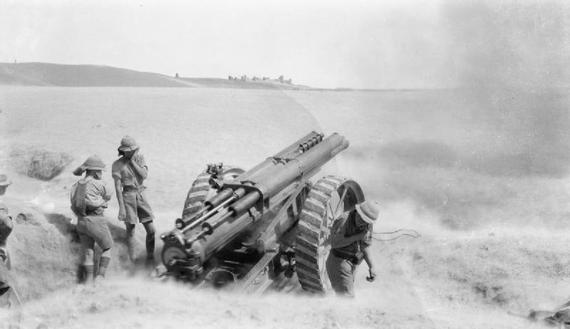 The initial British objective had been limited to seizing Basra and its surrounding oil fields. Given their success to date, and what they perceived as relatively light Turkish forces opposing them, they now set their eyes on Baghdad. Following the battle of Shaiba, General Sir John Nixon was dispatched to Mesopotamia and given overall command of the theatre. He ordered, Major General Sir Charles Vere Ferrers Townshend to advance to Kut al-Amara, and if possible all the way to Baghdad. His force advanced up the Tigris River and defeated several Ottoman forces sent to stop him, before eventually seizing Kut.

In September 1915, in response to German attempts to incite an Arab Jihad in Persia and Afghanistan against British interests there, the British government requested that British forces advance north and capture Baghdad. There were no military reasons to capture Baghdad. The move was intended solely to boost British prestige in the Arab world by demonstrating the effectiveness of British military power. 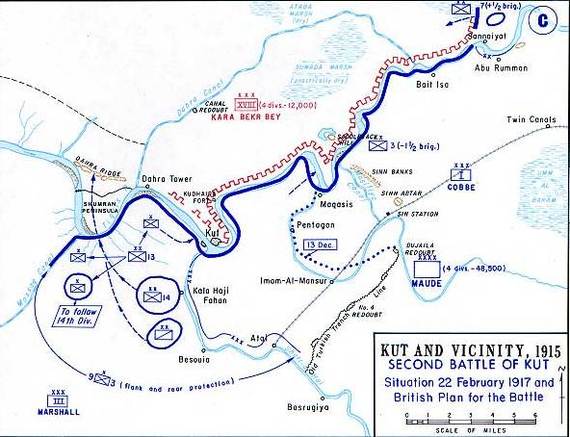 The British advanced to within 25 miles of Baghdad before they finally met stiff Turkish resistance at the Battle of Ctesiphon on November 22. The battle lasted for five days and was a stalemate. Following the battle, both commanders decided to retreat. Seeing the British retreat first, the Turkish Commander, Colonel Nureddin Pasha, changed his plans and decided instead to pursue the British force. Townshend withdrew his division in good order and eventually reached Kut, some 99 miles to the south of Baghdad, and fortified his position.

By December 3, Ottoman forces had surrounded the British forces in Kut and began a siege. Nureddin also deployed forces down river to prevent the British from sending a force to the relief of the garrison. The siege of Kut began on December 7, and would be remembered as one of the most humiliating defeats ever suffered by the British Army.