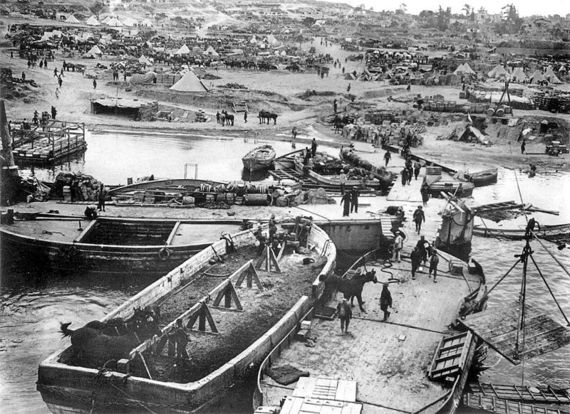 The Gallipoli Peninsula is 52 miles long, varying in width between three miles at Bulair, where it meets the European portion of Anatolia, to twelve miles at the widest before ending at Cape Helles. The terrain is rough, marked by ridges, some as high as 1,000 feet. There were few beaches, and most were ringed by cliffs or dominated by high ridges. There were few roads.

Historically, amphibious operations had only been attempted against undefended positions. There was no experience within the British Army on how to conduct an amphibious attack against an actively defended shore. There were no specialized landing craft. Ships were not "combat loaded," and the means to land supplies was limited. In the past, men simply disembarked from the ships into rowboats and rowed ashore. 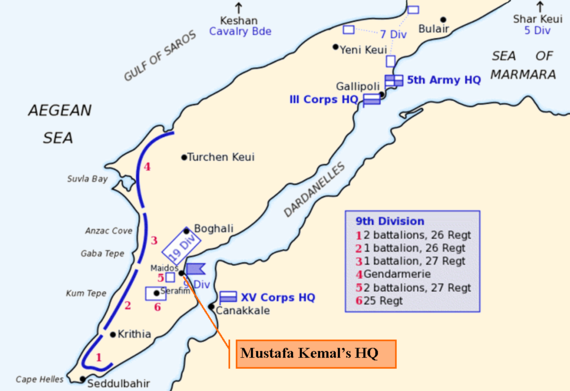 The naval attack in February had alerted Ottoman forces to Allied plans. By the time Allied troops began to land on April 25, Ottoman preparations were complete: Extensive fortifications had been built and the defending forces had been increased six-fold.

The fleet set sail in early April with a force of British and French ships under Vice-Admiral Sir John de Robeck. Sir Aylmer Hunter-Weston commanded the British troops while Sir William Birdwood led the Anzac forces. British General Sir Ian Hamilton was in overall command. On April 25, the warships opened fire on Ottoman positions on the Gallipoli Peninsula. Prior to the actual assault, two diversionary landings were made; one by the French at Kum Kale on the eastern side of the Dardanelles, and one by a Royal Navy division at Bulair. 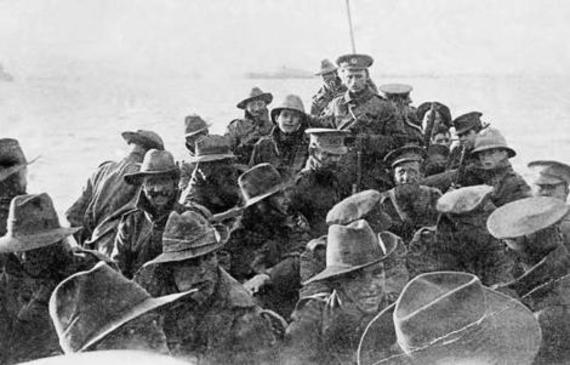 The two main landings occurred on the morning of the 25th. British and French forces attempted to land at five points around Cape Helles, but succeeded in establishing footholds at just three. Eventually, the troops, and approximately 1,500 horses and mules, came ashore in their landing crafts. With their commanding officers offshore in the warships, however, communications were difficult and often delayed. There were no portable radios so communications was by courier. Not surprisingly, there was an overall lack of direction and momentum in the subsequent attack.

To the north, the Anzac troops were supposed to land at Ari Burnu, about halfway up the peninsula. Instead, they landed a mile off target below a high ridge. Against formidable opposition, the Anzacs managed to win a bridgehead, now christened "Anzac Cove," on the Aegean side of the peninsula. There the progress halted. Attempts to charge off the beach were met by fierce Turkish resistance from the ridge overlooking the Anzac positions. Allied reinforcements became pinned down on the beaches under murderous fire and could not support the attack. 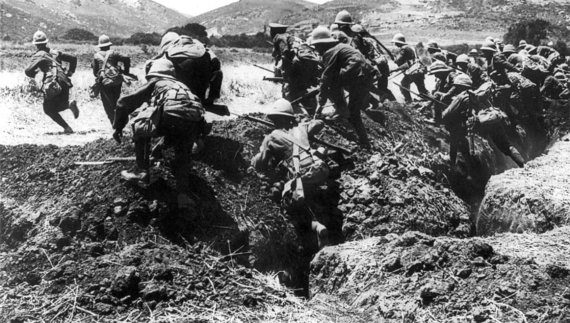 Ottoman forces were under the command of German General von Sanders. Once aware of the diversionary attack to the north at Bulair, he ordered Lieutenant Colonel Mustafa Kemal to move his forces to intercept the perceived threat. Kemal disobeyed the order and instead threw his reserves into the fight for the ridge above Anzac cove. It was then that he gave his famous order to the 57th Turkish Infantry Regiment, "I do not order you to attack. I order you to die. In the time which passes until we die, other troops and commanders can come forward and take our places."

Bolstered by their reinforcement, the Turkish troops on the ridge dug in and the situation was stabilized. The Allied forces were unable to get off the beach and their beachhead was restricted to only a couple of hundred square yards. At Cape Helles the Allies held a small beachhead of a few square miles. Gallipoli had quickly become a repetition of the stalemate on the Western Front. The initial landings had been horrifically costly. Over 20,000 men were dead or wounded, and the balance was effectively trapped on the beaches. 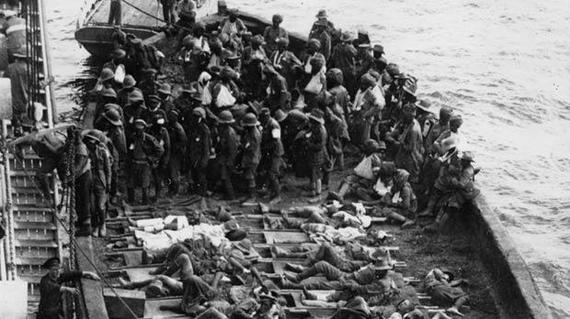 Wounded Allied Soldiers From Gallipoli Being Evacuated to Malta

Back in London, the military stalemate had precipitated a political crisis. Churchill was at loggerheads with Lord Fisher, the First Sea Lord, who resigned when his demand that the operation be discontinued was overruled. The Liberal government was replaced by a coalition with the Conservatives. This was the last time that a purely Liberal government would ever rule in London. At the insistence of Bonar Law, the Conservative party leader, Churchill was relieved of his post as First Lord of the Admiralty. He was, however, allowed to remain in the Cabinet for an additional six months as Chancellor of the Duchy of Lancaster until the decision was made to evacuate the Gallipoli bridgehead. In the meantime, on the Gallipoli Peninsula, a bad start would grow progressively worse.