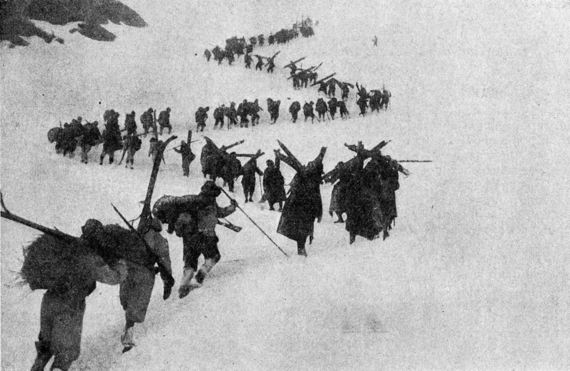 In the spring of 1915, Italy was moving towards war. Originally part of the Triple Alliance with Germany and Austria-Hungary, Rome had opted for neutrality when the war broke out. The long standing rivalry with Austria-Hungary and Allied promises that it could take control of Italian-speaking territories across her frontiers with Austria in the Austrian Adriatic littoral, Cisalpine Tyrol and Dalmatia, had led Italy to join the Allies. On April 26, 1915, the two sides signed the Treaty of London. In it, Italy renounced Italy's ties to the Triple Alliance. Less than a month later, Italy declared war against Austria-Hungary.

The approaches to Italy were protected by mountain ranges along its northern frontier and therefore presented extremely difficult terrain over which any potential attacker would have to pass. But it also presented similar problems if the Italians wanted to go on the offensive. 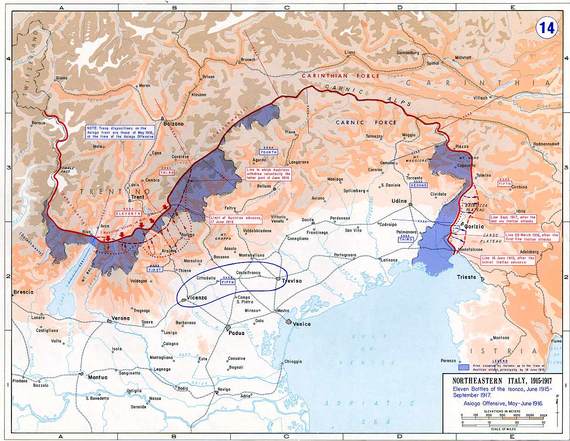 Rome's first main concern was the area of the Trentino, where a salient of Austrian-Hungarian territory pushed south, deep into northern Italy. The Italians believed that the Trentino would be extremely difficult terrain over which to attack and to fight. It was the Austrians who moved first, bringing four battle-hardened divisions and heavy artillery to the Italian border. Two out of the four existing Italian armies covered the 230-mile border with the Trentino and they were certain that the Austrians would not attack
.
In May 1915, however, following the spring thaw, the Austrians did attack and pushed the Italians back ten miles. By July the Austrian offensive had petered out. Operations against the Russians necessitated the withdrawal of a number of Austrian divisions and the Italians slowly recovered the ground they had lost. Each side suffered casualties of approximately 150,000 during the first battle for the Trentino.

A major objective of the Italians was to capture the Austrian port of Trieste in the Adriatic. This would first require an assault through the intervening mountains. In 1915 they started a series of bloody battles to take Gorizia on the Isonzo River, the highlands of the Kars plateau and the western Julian March. 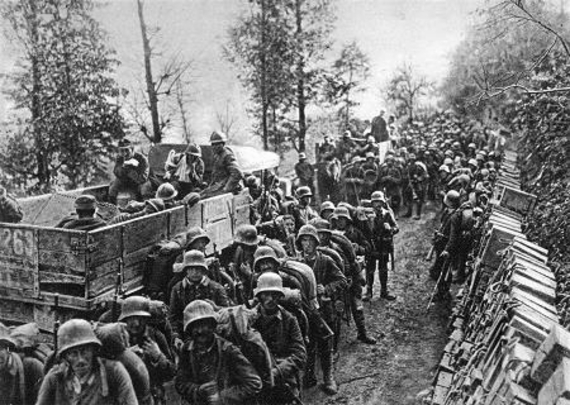 German 12th Division Advancing in the Valley of the Isonzo River

A victory there would allow Italian forces to advance towards the Austrian ports of Trieste and Ljubljana. The first battle of the Isonzo started on June 23, 1915, and was followed by a staggering total of eleven additional Italian attempts to take the mountains above the river.

Although outnumbering Austrian forces by better than three to one, the Italians were hampered by their position on low ground, poor training and low morale. War fighting in this terrain was extremely difficult and costly. For the Italians any progress was, of course, upwards and always against a determined and entrenched, Austrian opposition.

An Austrian counteroffensive aimed at breaking through to the plain of the Po River, a major agricultural and industrial area, failed. By the 6th Battle of the Isonzo in August 1916, the Italians managed to take Gorizia at the foot of the Julian Alps. The advance soon paused, however, and lost momentum. While the conquest of Gorizia bolstered Italian morale, the unremitting warfare achieved little beyond the exhaustion of both armies. Later that year, on August 27, 1916, Italy finally declared war on Germany 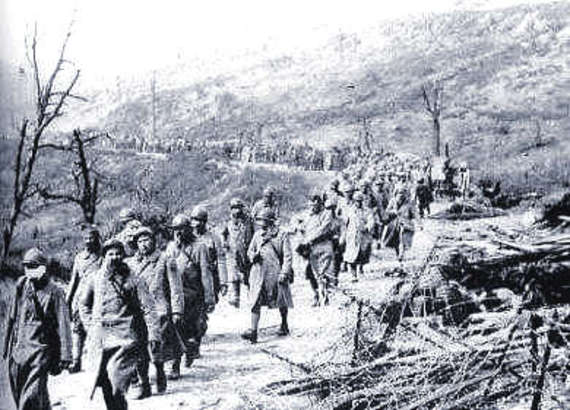 Italian Troops Retreating following Defeat at the Battle of Caporetto
.
Conditions on Italy's Alpine front were much harsher than in the trenches of the Western Front. Offensives were being launched every three months, with little time for rest and recuperation. Troops were generally raw, untrained recruits. In the absence of training, commanders often resorted to exceptionally harsh discipline and punishments.

In addition, shells fired in the rocky terrain of the campaign were far more deadly than those fired in the softer ground of France and Belgium. Shrapnel generated by explosions on rocky ground killed an average of 70 percent more combatants than on the Western Front. 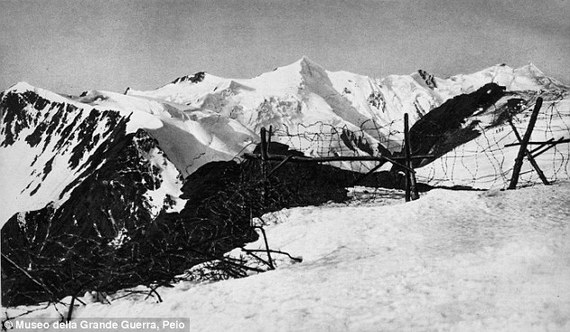 Winter on the Italian Front

The Alpine environment brought other hazards as well. In December 13, 1916 10,000 Italian troops met their deaths in avalanches in the Dolomite Mountains. Although little covered by the international press, the battles on the Italian front were to prove just as bloody as those fought on the western front.