By Brittney McNamara for Teen Vogue. 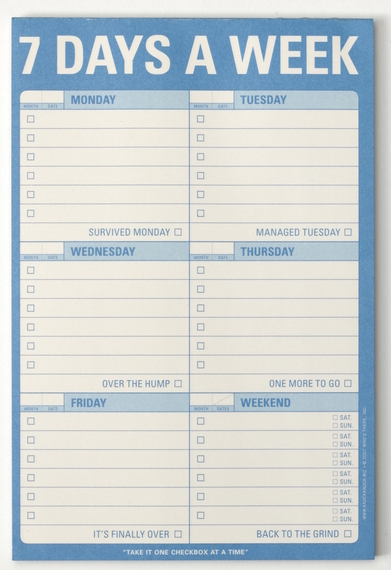 The average period lasts around four to five days, maybe six to eight depending on your body. It usually comes every three weeks, but some variations in flow, length, and spacing are normal. But while periods vary from person to person, one thing is for sure: If your period lasts five years, something is most definitely wrong.

But that was the reality for one Australian woman named Chloe Christos, whose period started when she was 14 and didn't stop until she was 19. But she was hesitant to speak up about her five-year period because she was embarrassed to talk about it and she felt like she was alone, Australia's ABC News reports. When she finally came forward with her experience, she was diagnosed with von Willebrand disease, a bleeding disorder where blood doesn't clot properly. The disease used to be something doctors thought only men could get, but in reality, it affects women and men equally. Chloe landed in the hospital often before her diagnosis, and even developed severe anemia at age 19. Even after she was finally diagnosed, Chloe said doctors didn't know how to treat her, even recommending a hysterectomy to stop her periods.

"I came across a lot of people, even in the medical profession, who didn't realise what it meant for women to suffer from a bleeding disorder," Chloe, who is now 27, told ABC News. "A lot of statistics and data is kept on diagnosis and treatment for men. There's almost nothing on women that doctors can refer to, and I hope we can change that."

In addition to an increased menstrual flow, people with von Willebrand disease may experience blood in their stools or urine, bleeding from very minor injuries, bleeding from the gums, frequent nosebleeds, and easy bruising/bruising with lumps. Heavy menstrual bleeding, however, is the main sign of the condition in women, according to the Mayo Clinic.

Related: A Girl Left Her Tampon in For 9 Days and This Is What Happened

The condition affects 1% of population. It often takes many years before women with von Willebrand disease receive an accurate diagnosis; according to data from the Centers for Disease Control and Prevention, there's an average of 16 years between the onset of symptoms and diagnosis.

To shine light on the impact of blood disorders on women, Chloe hopes to advocate at the World Federation of Hemophilia World Congress in Orlando this July. To get there, she started a GoFundMe Page with hopes that her advocating in Orlando will raise awareness of the condition, leading to better care and access to treatment for women like her. Here's how Chloe sums up her mission on her GoFundMe Page:

"I have had first hand experience in discrimination in regards to this over the last 7 years when needing assistant [SIC] to help control severe bleeding episodes that there is a great lack of education and awareness about bleeding disorders and that they can happen amongst women. I found it particularly hard at times for even doctors to treat me equally when presenting at emergency rooms and being refused treatment altogether because I'm either a female or not taken seriously, and still do to this day. This has been mostly due to a lack of knowledge and awareness and this happens all over the world. This condition has presented me with the most challenging times in my life but by meeting other patients and specialists, and keeping up to date by attending conferences and events I've been able to improve my quality of life and will continue to do so to help & reach out to others."

The lesson we can learn from Chloe and her story is clear: You are your own best advocate, and it's always a good idea to ask questions or speak up if you suspect something is not right with your body. Periods are a healthy, normal thing, and there's nothing wrong with talking about them. If you're experiencing a medical issue, period-related or not, never be afraid to tell someone.

Related: Getting Your Period in Space Is Really Complicated

More from Teen Vogue:
Everything You Always Wanted to Know About Periods (But Were Afraid to Ask)

More Than Half of What You Eat Isn't Even Real Food, Study Finds