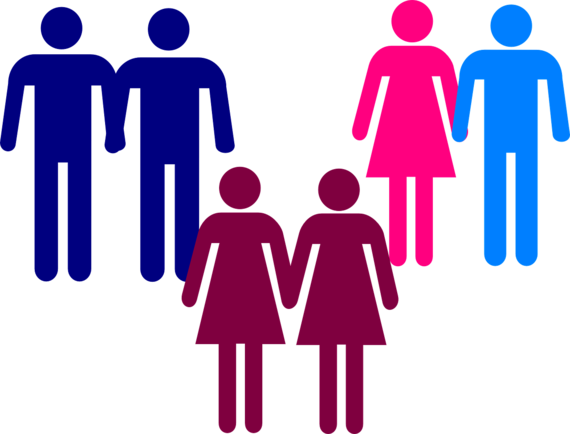 In a training course for public health workers in Brazil a few years back, I asked the health educators -- more than 90 percent of whom were women -- why it was so difficult to get men to come to health clinics. A female health educator responded: "Men only come to see us when something is falling off."

We all laughed. But our laughter masked a very serious issue. Around the world, men's health -- and how they do, or rather don't take care of it -- is a problem, and a growing one. Men die about six years earlier than women do, a difference that has increased in the past 40 years. We are over-represented in the top 10 causes of global disease burden and years of life lost due to ill health. And in much of the world, we are less likely to seek preventive health care than women are.

What's to blame? Research suggests that a small difference in life expectancy between women and men may be physiological; women's bodies have some genetic advantages over men's. But the vast majority of this life expectancy gap is related to how we are raised and what is expected of us as real men. Often, we're taught that a real man is 'hard,' doesn't care too much or seek help, doesn't tolerate disrespect and has a lot of sex with a lot of partners. And the impact of this on men's lives has disastrous health consequences: violence, alcohol use, unsafe sex, tobacco, other risk-taking behaviors and occupational issues can lead to early death and disease. To offer one stark example: in 2010, 3.14 million men − as opposed to 1.72 million women − died from causes linked to excessive alcohol use.

On World AIDS Day (December 1), part of the plan to achieve a world free from HIV and AIDS must include taking a closer look at men's health -- and, particularly how the way we're raising men and boys can set our efforts back. In the past years there has been nothing short of a revolution in how HIV and AIDS are treated, leading to an impressive reduction in how many people die from AIDS-related causes around the world. The expansion of AIDS treatment (ART) in Eastern and Southern Africa has been particularly notable, with 8.1 million people, or 44 percent of all people living with HIV, on treatment as of 2014.

Yet although the global picture is improving, men are still lagging behind women in both HIV testing and treatment in every region of the world. Across 23 sub-Saharan African countries, men are only a third of those receiving ART; in other words, women are twice as likely to be getting treatment as men are. Across the African continent, which has been the hardest hit by HIV and AIDS, men begin their treatment later, are less likely to adhere to treatment plans and are dying earlier from AIDS-related complications than women are.

In the US, the biggest challenge, and most at-risk group for new HIV infections are men; specifically gay, bisexual and other men who have sex with men (MSM) account for nearly two-thirds of new HIV infections. Young MSM, and young black MSM are particularly at risk. And while testing and treatment have been widely available in the US, an estimated one in eight of all HIV-positive persons in the US are not aware of their status.

So, in preventing HIV and AIDS, should our national and global health focus shift to men instead of women? No, that clearly is not the answer. We know that young women are particularly at risk of becoming infected by HIV; and among heterosexual women and men, women are infected at higher rates than men are. This is due to sexual coercion, exploitation and violence; and because far too many women lack autonomy and equality in their intimate and sexual relationships with men. In short, the behavior of men too often puts women at risk.

At the heart of this issue are harmful ideas about manhood and the lack of attention to men's health -- by men, and by the public health sector -- which create risks for women and men. Indeed, study after study tells us that when men equate masculinity with dominance over women, sexual conquest and alcohol consumption, and when women are expected to acquiesce to men's sexual advances, it is difficult for women and girls to protect themselves from HIV. What happens in the lives and to the health of men directly affects women.

For years, the global attention on HIV and AIDS has been on women and girls, and with good reason. Much more needs to be done to protect and support women, particularly young women and girls, in ensuring that their sexual health and sexual rights are fully met.

What's the solution? Community-based programs like Sonke's One Man Can approach in South Africa have shown success by using community health promoters to talk to men to question rigid norms about manhood and encourage men to go for HIV testing. In Brazil and other countries, Promundo's Program H uses group education and youth-led community outreach with young men -- and young women -- to question ideas that equate manhood with risk-taking. Studies have shown the program leads to reductions in sexual-risk-taking.

There are also things the health sector can do. Brazil has been a global leader in making the health sector friendlier to men. Started in 2007, the Men's Health Initiative run by Brazil's Public Health Ministry is trying out creative ways to get men to come for HIV testing and preventive health care in general. One promising approach has been to invite men to accompany their pregnant partners for prenatal visits. Pregnant women are asked if they want to include their male partner, and if so, he is invited to join her. Then, he is invited to come back for a full check-up for himself, including getting tested for HIV. The program has achieved rates of up to 80 percent of expectant fathers who come back in for a check-up and get tested for HIV.

If the promise of an AIDS-free world is to be achieved, we must focus our efforts on getting men -- and women -- to get tested for HIV and to come for treatment. We must also focus on prevention, and challenging the norms that not only discourage help-seeking, and gender equality but that also encourage violence and risk-taking.

This year, on World AIDS Day, it's time to think about how to get men to come to clinics for testing and treatment, and to see the importance of prevention. It's too late for most men to seek health services, as the nurse in Brazil told me, when "something is falling off." And the consequences are far too serious for us to laugh at it anymore. When health care providers reach out to men, and men seek preventive services, the health of women, children and men themselves improves.

Gary Barker, PhD is the International Director of Promundo, which works to promote gender equality and create a world free from violence by engaging men and boys in partnership with women and girls.