Cantley, 31, a fashion photographer by trade, is currently pushing a giant 6-foot ball across America from Los Angeles to New York.

He started Sept. 4 and is currently in New Orleans. If all goes well, Cantley, his dog Vader, and giant ball -- which he has named "Lefty" -- will roll into New York around Oct. 13.

The testicle trek isn't as nutty as it might seem at first glance.

"I wanted to do sort of a social experiment," Cantley told KSBW TV. "I didn't want to force myself on anyone, and what this does, it forces people to come to me, ask me, 'What is this, what's it about, it kind of looks like a testicle, what's going on?' It creates that conversation." 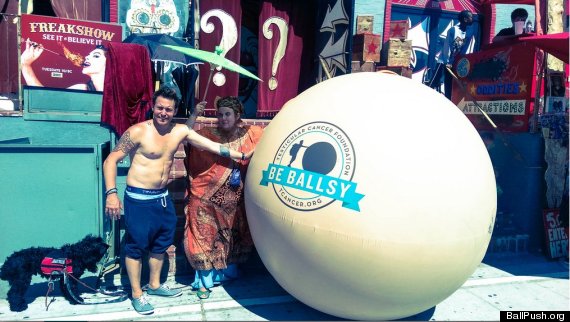 Cantley was diagnosed with testicular cancer in 2009. At the time, he had been suffering from abdominal and lower back pain but wasn't aware they were key warning signs of testicular cancer.

"I had this 'Superman Complex' all these men create," he told Today.com. "I was a fashion photographer in New York and I was so self-centered."

If detected early, testicular cancer has a 95 percent survival rate. By the time Cantley did go to a doctor, his left testicle had ballooned to the size of an orange, Newser.com reports. 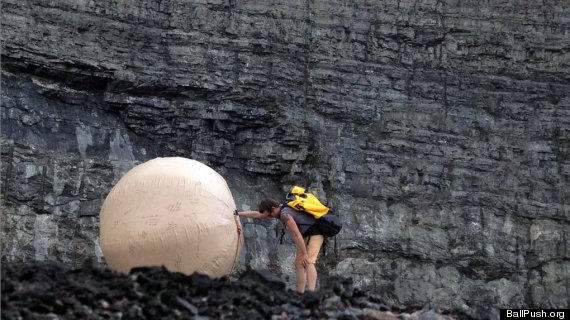 Cantley said that after his diagnosis, he sat down and asked himself: “If I died right now, what could I say I’ve accomplished in my life?”

He decided he needed to get teste.

“My initials are T.C., same as testicular cancer, and testicular cancer month is in April, my birthday is April 3. So, for me there was kind of a calling,” he told the Killeen Daily Herald. “When I was diagnosed with cancer, it was an awakening for me. I realized that I’m a communicator, I love people.” 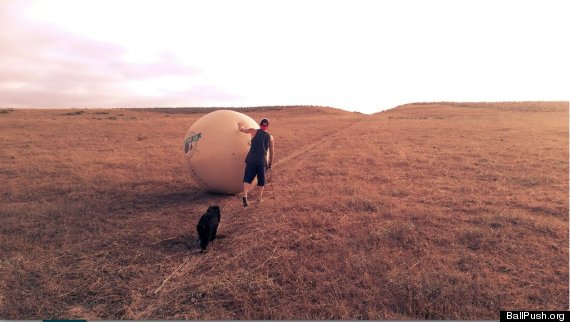