The following is an excerpt from "Edison and the Rise of Innovation" [Sterling Signature, $29.95], a chronicling of Edison's inventions, drawings, and contributions to modern society. The inventor of the lightbulb was a passionate journal-keeper, and his sketches provide insight into his creative process.

As a measure of how Thomas Edison changed the world, consider this: When he was born in 1847, there were no industrial research laboratories, no phonographs, no motion picture cameras, and no electric power systems, let alone practical electric lights. In 1931, the year Edison died, the United States produced 320 million light bulbs and consumed 110.4 million kilowatt-hours of electricity. Seventy-five million Americans attended the movies each week, spending $719 million ($10.6 billion today) at the box office.

In the year of Edison’s death, the New York Times estimated the value of the industries based on his inventions at more than fifteen billion dollars. His inventions made the modern age possible. Without improved telegraph, telephone, and electric power systems and the ability to record, store, and transmit sound and images, there would be no Internet or computers.

From the 1870s through the 1920s, Edison’s laboratories combined knowledge, resources, and talented collaborators to turn ideas into commercial products. His laboratory workers invented the phonograph, a practical incandescent electric lighting system, and the motion picture camera. They also developed the nickel-iron storage battery, machinery for processing iron ore and manufacturing Portland cement, and a system for constructing molded cement houses. In his last experimental project, Edison created a process for extracting rubber from goldenrod, a flowering plant considered by most to be a weed.

Take a look inside Thomas Edison's notebooks (story continues below):

Over the course of his long career, Edison organized and managed dozens of manufacturing and marketing companies. In the process of adopting new production and sales strategies, he helped create a mass consumer market in the late nineteenth and early twenti-eth centuries. Edison was also one of the first business leaders to brand himself, paving the way for Walt Disney, Steve Jobs, and other modern entrepreneurs.

Foreshadowing closer government business relations in the twentieth century, Edison was a vocal proponent of military and industrial preparedness during the First World War. He also conducted research for the U.S. Navy during the war and served as president of the Naval Consulting Board, a group of civilian technical experts established to advise the navy on ideas for new inventions.

A century before the modern globalization of the world’s economy, Edison operated on an international scale. He manufactured and marketed his inventions in Europe, North and South America, and Asia. He relied on globally sourced raw materials and skilled workers. Ideas and concepts generated by an international community of scientists and researchers influenced his work, and, in turn, a global public eagerly awaited his “latest invention. “

Edison’s experience as an innovator is as relevant today as it was one hundred years ago. Edison devoted considerable attention to the questions all innovators face in modern times: Which products should I develop? How should those products be designed, manufactured, and marketed? How do I raise money to support research and development? How do I respond to competition and changing markets? Knowing Edison’s response to these questions brings us closer to understanding the nature of technological innovation and creativity.

Edison stands out as an innovator, not because he always succeeded, but because of the scope and range of his interests. His ability to pursue research in diverse fields and draw upon past experiences to solve new problems were among his biggest strengths. The cubbyhole in his West Orange laboratory desk marked “New Things” reminds us of his irrepressible interest in the next big idea. If he were alive today, he would be on the cutting edge of innovation. 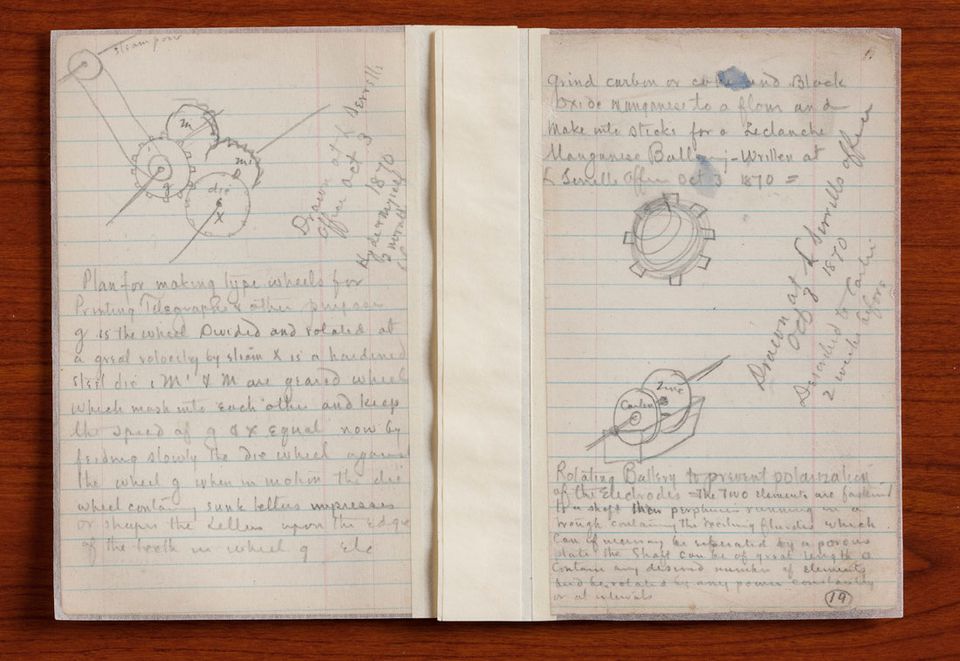