An Arkansas clown was arrested Wednesday after a large amount of child pornography was allegedly found on his home computer.

Police say they discovered someone downloading explicit images of children over a file-sharing network, then traced the download to the Internet service provider of Thomas Harold Morgan, also known as "Sondance the Clown." They then obtained a search warrant for the 47-year-old's home, the New York Daily News reported.

Fort Smith police spokesman Steven Dooly told CBS News there was "enough material on the computer that it would take [investigators] at least 2 or 3 weeks to go through."

Morgan's clowning website states that he has spent over twenty years working on his career. Being a clown, the website states, "is something deep inside." 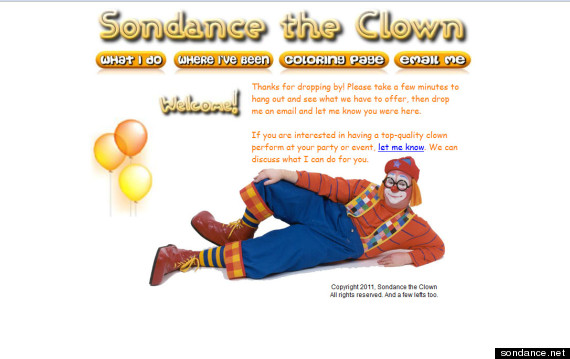 This is not the first time the Arkansas entertainer has had a run-in with the law. In 2010, the Daily Mail reports, he was asked to leave the Arkansas Oklahoma State Fair after showing up in his clown suit without being registered as a performer.

Morgan has worked a variety of venues, including circuses, large-scale events, and small parties. His website states that he has studied childhood development, meaning that, "I know how to interact with kids."

Police arrested Morgan on one count of distributing, possessing or viewing matter depicting sexually explicit conduct involving a child, Fox News reports, but the clown has not yet been formally charged. He is being held at a local jail without bond.