Before he became known as America's most famous artist in the 1930s, Thomas Hart Benton was painting backdrops for filmmakers in Fort Lee, New Jersey, known now as the first Hollywood.

That's right: Between 1913 and 1917 Benton was watching and assisting film directors as they told their stories on a huge scale. And he took copious notes. 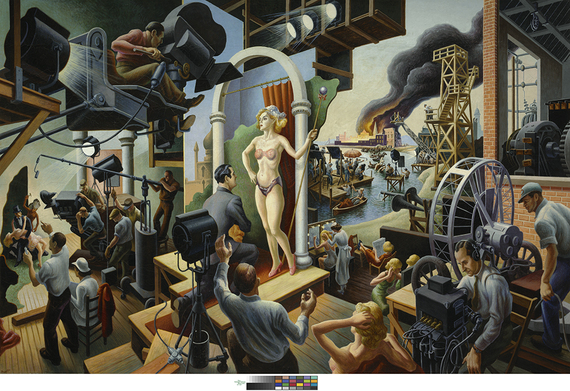 "He saw how captivating it was when they were projecting light onto a screen," says Austen Bailly, the George Putnam Curator of American Art at the Peabody Essex Museum (PEM) in Salem, Massachusetts.

PEM is pulling together the first major exhibition of Benton's work in more than 25 years, including 100 paintings, drawings, murals, engravings, sketches, prints, and illustrated books.

Of particular interest is his American Historical Epic, a self-commissioned mural painted between 1920 and 1928 to interpret the narrative of the nation in a new way. A series of 14 large easel paintings, it stretches out for 60 feet when completely assembled. 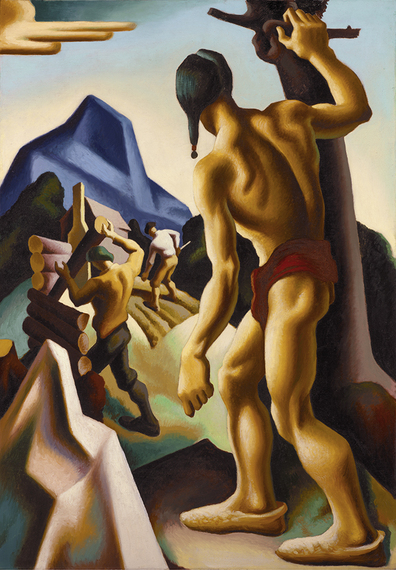 Benton was contemplating the kinds of stories that Hollywood was telling the nation and interpreting them in his own way.

By August 1937, with Benton's stature as an artist assured, LIFE magazine sent him to Hollywood on the West Coast. He would spend a month there, soaking up the film industry's myth makers, their lifestyle and their industry. 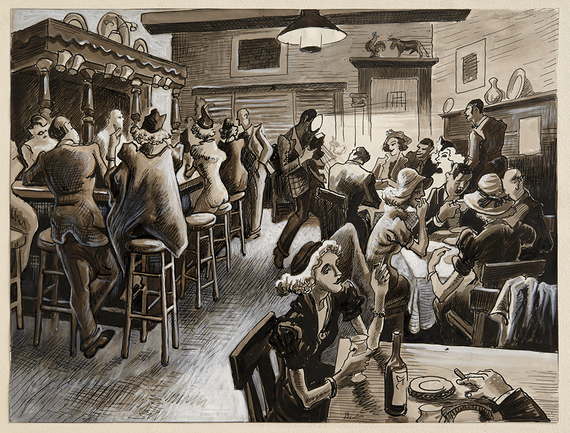 "It was all part of Benton's relentless questions about the American identity and how he could represent the people, landscape and character. And those questions are still relevant today. 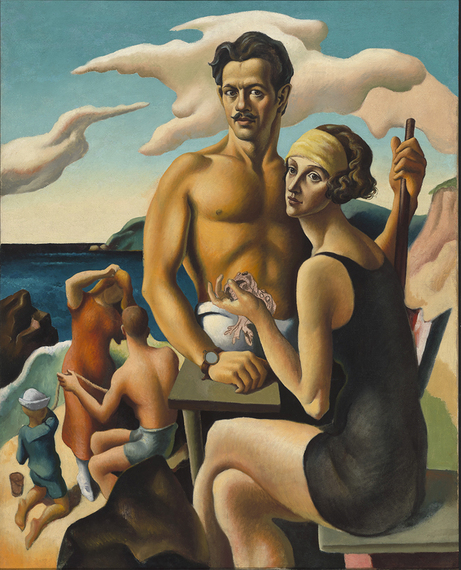 "Hollywood is still dealing with them," she says. "They're still very much a part of our story."

For more information, go to pem.org

J. Michael Welton writes about architecture, art and design for national and international publications and edits architectsandartisans.com, where portions of this post first appeared. He is also the author of Drawing From Practice: Architects and the Meaning of Freehand, due out from Routledge Press in May.