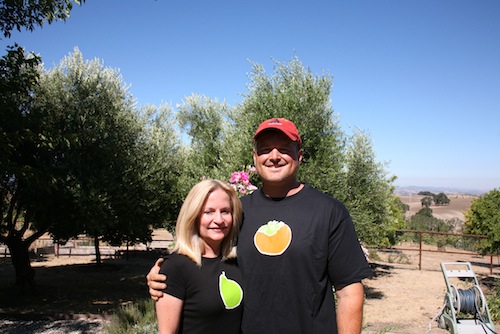 Joe and Debbie Thomas began as a teacher and marketing executive, respectively. But today, they run a ten-acre organic farm in the east hills of Paso Robles, California. With more than 900 fruit and nut trees, a vineyard of Italian varietals, and beds of specialty greens, garlic, tomatoes and herbs, they began a community-supported agriculture (CSA) program, sharing baskets of fresh produce weekly with their neighbors. A few years later, they opened Thomas Hill Organics, a market bistro and wine bar, where they serve seasonal, organic produce from the farm, wines from the Central Coast, and locally-sourced beef, poultry, and fish. As part of California Restaurant Month, I spoke with Debbie Thomas by phone about organic farming, eating local, and the challenges of running a farm, CSA, and restaurant all at once.

Neither you nor your husband come from a farming family. So how did the farm begin?

We both lived in Pasadena. I was commuting from Pasadena to west LA every day, and eventually, it kind of wears on you. We had been up to Paso Robles several times, and we loved it here. It's just beautiful -- rolling hills, like you're in Italy, in the Tuscany area.

And finally one day, we just said, you know what, let's just move! Well, actually, we said, let's look for property. So we started looking for property, and we found a cute little house on top of a hill, located on ten acres... not that we were looking for ten acres. But the view was just breathtaking. So we said, all right, let's buy it. We bought the house, but we knew we couldn't move up there right away. Then I had an opportunity with Adidas to move up here and take over the Northern California region. So my husband said, all right, I'll move... if I can farm. He's always been into organics, and everything has to be fresh and local and that sort of thing. So we moved up here, he started planting away, and 900 fruit and nut trees later, we're certified organic, and... that's really how it happened.

You make it sound so easy. But there had to be growing pains. How did you transition into the farm life?

It's so rewarding, but it's one of those things... it's back-breaking. Especially if you're organic. We can't use any sprays or pesticides or anything harmful. We can't try to poison gophers, or any of that. It's all hand labor. We had to build these wire baskets to put in the ground before we put the trees in... so we had to build 900 wire baskets. And then you have to hand-weed in the baskets. So it's definitely a lot of work. But it's so rewarding: when you pick fruit off the tree, and there's no pesticides and nothing has been sprayed on them, it's quite a treat. It really is. You just can't go back. 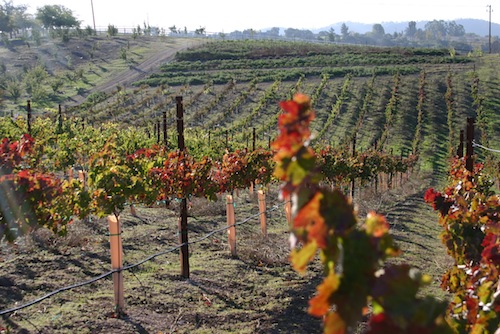 It's obviously important that you keep your farm organic. What do you wish everyone knew about organic produce?

It's just that there's nothing harmful on it. It's good for you. Just the thought of the pesticides, and the poisons, and everything they spray... you're eating that, you're putting that in your body. With organic, you feel so much better, and people tell us you can really taste the difference. We don't have children, but if I had children I wouldn't want any of those pesticides or chemicals in them. 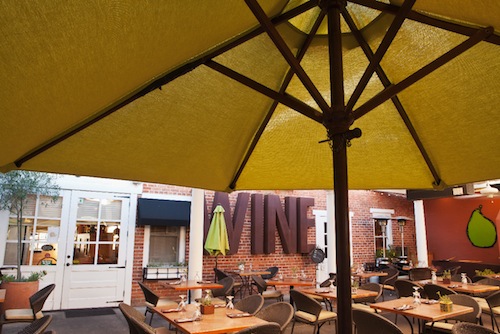 How did the farm evolve into the market bistro?

We started out doing a community-supported agriculture program, whereby all of our neighbors and friends would get a basket of what we were growing weekly. But it just got to be too much that we had. One of our neighbors mentioned, why don't you open a restaurant? Now, my background is sales and marketing. So neither one of us had either been a farmer or a restaurateur. But silly me, I was like, how hard can it be? We love good food, we love good wine, you know it's one of those things... we plan vacations around that. So we found this charming spot. We looked at it. Then, in the meantime, one of my major accounts for Adidas was talking about going bankrupt. And we started looking seriously at what we were going to do if this account closes. And it did. We had to kind of jump on it. Within two weeks we made a decision: We were opening the restaurant. And that's what happened. We've been open three years now. We have an amazing chef; she loves to work with fresh produce and we do natural meats, and everything just tastes phenomenal, and people are really, really responding.

Being that it's California Restaurant Month, what's on the menu right now?

There are three courses that we're doing right now, starting out with black mussels that are baked with buttered oats. It sounds strange, but they're phenomenal. And then we put that in a Thai chili sauce, with chilis sourced from the farm.

The second course is a lamb kefta, a Moroccan dish. We make these little meatballs with cumin and paprika and onion and garlic and all these wonderful spices, and then we roast it in a red pepper relish. All the herbs come from the farm. And then we follow that with a chocolate mousse with a candied orange peel. 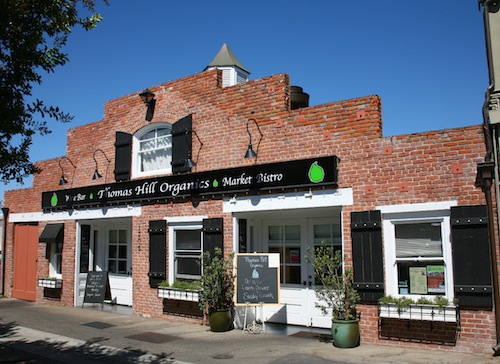 What are some of your favorite places to dine?

One of our favorites is Artisan; they're California cuisine, and they work with a lot of the farmers as well. So we truly appreciate that. There's also Il Cortile, which we enjoy for Italian food. Villa Creek also. Tom, the chef there, also buys a lot locally, supporting the local farmers as well. So those are our three favorites.

Let's talk a little about the CSA. What's been the biggest challenge for you?

Farmers struggle. We really do. As a farmer, you're challenged with weather. This past year, we had a lot of rain, but we had no sun. Typically, we would start our CSA program mid-May or end of May and run through October or November. We couldn't start it this year until mid-July because we just didn't have the sun. The tomatoes weren't growing; all the foods that normally would be growing didn't grow. Once you start it though, people are always amazed. Like, we have 15 different varieties of figs and all sorts of things people have never tried before. We do white pomegranates -- you just don't find those in a store. And we always put recipes in with our newsletters, so people really enjoy that.

What advice do you have for readers who aren't lucky enough to live close enough for your CSA baskets and restaurant?

The biggest thing is that just about everywhere now has a local farmers' market. That's what I would encourage them to do. And look at the whole trend toward farm-to-table. We started the restaurant three years ago, and the first year was really challenging because people would see organic and they'd ask, does that mean you're vegan? They didn't understand what organic meant. But nowadays, you look at all the restaurants around us, and they're all talking about buying local, buying organic and that's what they're building their menus on. We totally encourage people to do to support your community and support your farmers. Buy local, buy from farmers who don't use pesticides and chemicals. It's just healthier for you. And you know what? There's nothing like fresh produce. Fruit that's picked from a tree and that's ripe. Once you start eating that way, you don't ever go to a grocery store again.