July 4th marks two Thomas Jefferson-centric anniversaries: The ratification of the Declaration of Independence in 1776 and Jefferson's death in 1826. In between those events, Jefferson became the Governor of Virginia, an author, a member of the Continental Congress, minister to France, Secretary of State, Vice President, President and founder of the University of Virginia. In his negligible amounts of downtime, he invented and innovated, especially around his main home, Monticello. 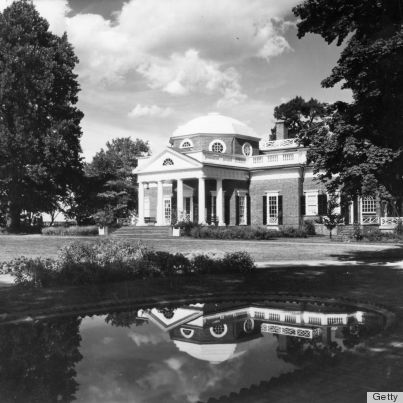 Jefferson had strong opinions on design, especially when it came to our homes. He believed that good design could influence citizens and that a national architectural style communicated independence from Europe. As a result, many of his ideas changed the way people lived then -- and even now. Here are a few things we can thank Jefferson for:

- Swivel Chairs
Not just a comfortable way to get through one's workday, but an invention of Jefferson's. We're sure he would be appalled by those weird "balance balls" that many of our coworkers sit on.

-Space-Saving Furniture
Jefferson thought of furnishings as a waste of space. His dining room table was designed to be fold away when not in use, while beds were often positioned in alcoves.

-Skylights
A concept imported from France, along with floor-to-ceiling windows and far too many assumptions about his fellow countryman's expectations about design. 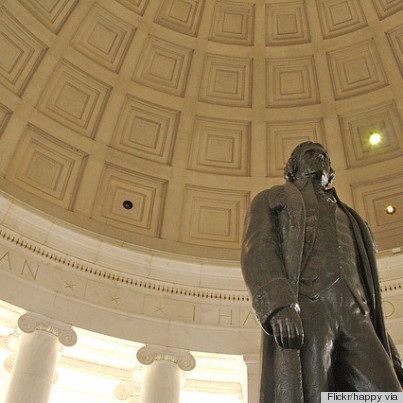 -Interesting Ways To Transport Wine
Want to transport wines from one area of the house to the other, without calling upon a small army of your servants? Enter the dumbwaiter, which relies on a pulley system to move the items in question.

-Vegetable Gardening
Jefferson grew over 330 types of vegetables on his estate, obsessively monitoring the best ways to grow them.

Thomas Jefferson might have approved of these latest home gadgets.