At the same time Illinois Gov. Pat Quinn was signing the state's same-sex marriage bill into law in Chicago on Wednesday, a very different type of ceremony took place some 200 miles way in the state's capital.

Despite calls for him to stand down in an online petition signed over 15,000 times, Springfield Bishop Thomas John Paprocki followed through Wednesday on his plan to hold a reportedly unprecedented (in Illinois) exorcism "in reparation" for the state's new marriage equality law at the Cathedral of the Immaculate Conception.

Paprocki said he spoke Wednesday "with great reluctance" and did not "seek to enter any controversy and I don't relish being part of one" but felt the need to hold the service having "given this matter a great deal of thought and prayer."

"Be gone Satan, father of lies, enemy of human salvation," Paprocki said at the Wednesday ceremony, in front of a crowd of some 500, the Chicago Sun-Times reports. "Give way to Christ, in whom you found no trace of your works. Give way to the one, holy, Catholic and apostolic church, which Christ himself won by his blood.”

According to the Chicago Tribune, Paprocki's exorcism was a "minor" one on par with renouncements of evil and the devil in baptisms and conformations -- not the sort of "major" one Paprocki told the paper would have been called for had he believed those who pushed for the marriage bill were "possessed by the devil." He reportedly does not believe that to be the case.

That said, Paprocki did note the he believes "politicians responsible for enacting civil same-sex marriage legislation are morally complicit as co-operators in facilitating this grave sin," the Tribune reports.

In a press conference, Paprocki also had harsh words for those who support the elected officials who voted to bring legal same-sex marriage to the land of Lincoln.

"If you're voting for someone because you have the intention of trying to promote something that is gravely sinful then you are putting your salvation in jeopardy," he said Wednesday, according to ABC Chicago.

The exorcism rite attracted some protesters who opposed the service and support same-sex marriage:

Illinois is now the 16th state to legalize same-sex marriage. The law allows that marriages may begin on June 1, 2014. 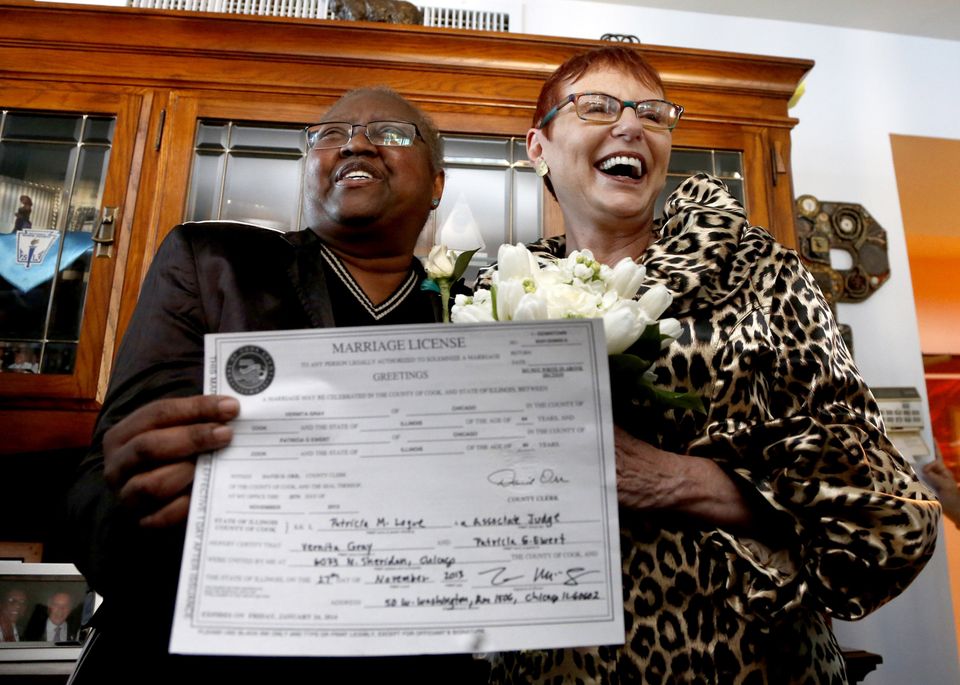