Jf Pryor raised his hand in the air -- shot it up, really -- when he first saw a picture of Thor, a 2-year-old boxer-bulldog mix who was left to die on the streets of Rosarito, Mexico. 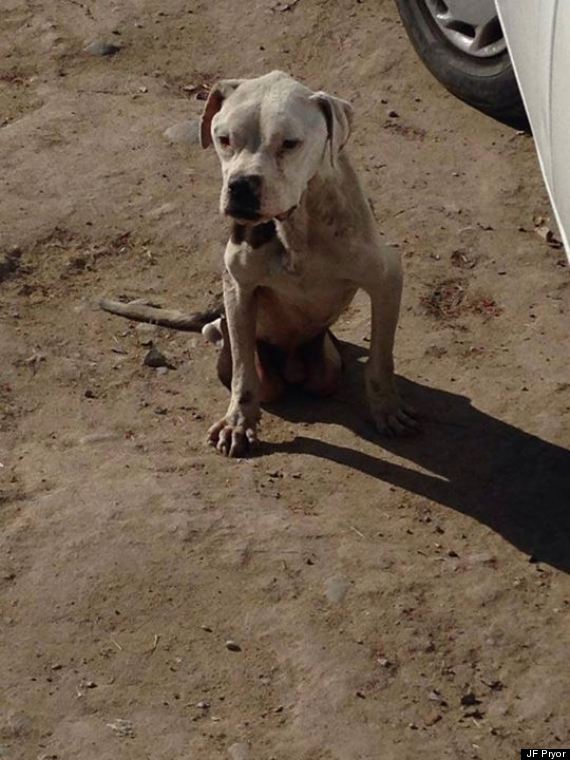 "It was like I was the biggest nerd sitting in front of the teacher, saying, 'Pick me! Pick me!'" Pryor told The Huffington Post. "I wanted that kid. I had to save him."

Thor is paralyzed in his hind legs. When a young woman first came across him on Jan. 15, he was dragging himself along a road, "infested, sick, and dying," Pryor said. She took a picture of him and sent it to a friend in animal rescue, who forwarded the email to Pryor. He, along with Nikki Audet, run The Mutt Scouts, a nonprofit dog rescue in Echo Park, Los Angeles, that rehabilitates abandoned pups and finds them new homes.

"We like the special kids that people won't take on," Pryor told HuffPost. He always refers to his dogs as "kids." Thor, he says, was destined to join the family. 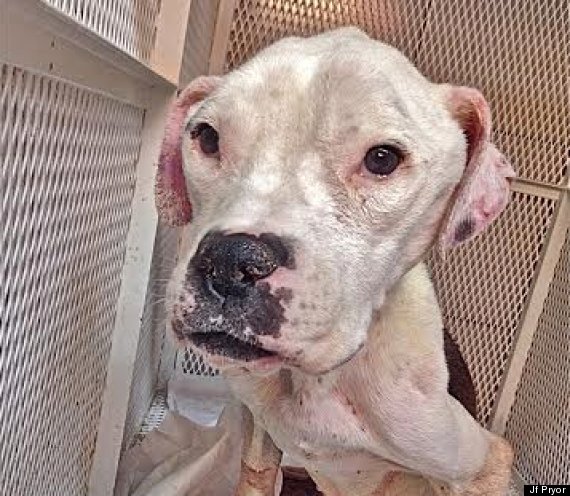 Pryor responded to the email, promising a spot for Thor with The Mutt Scouts. The woman scooped the dog up and drove him to a vet 25 minutes away in Tijuana, Mexico, where he was put on an IV.

Five days later, thanks to a volunteer driver, Thor was in Echo Park. 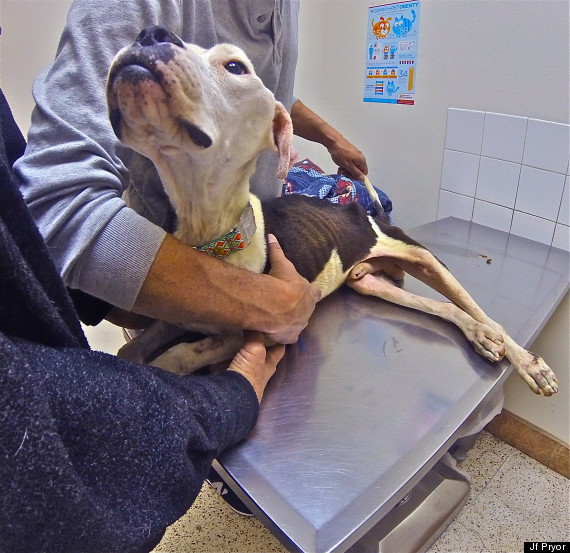 "From the very beginning with this kid, it was all about gratitude," Pryor told HuffPost. "When he arrived, I picked him up, and he started licking me. For so long he just needed someone to pay attention to him, and here we were." 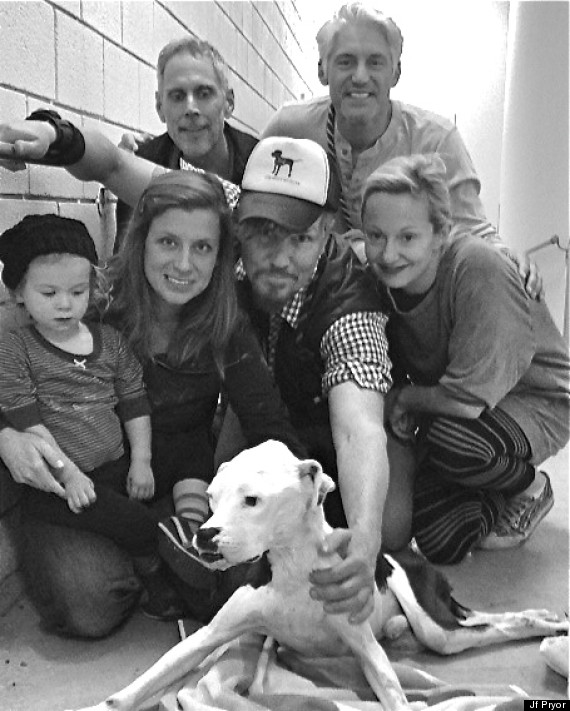 Now, nearly two months after arriving at The Mutt Scouts' facilities, Thor is almost unrecognizable. He's been cleaned up and treated by professionals -- cared for all around. He's been fitted with a wheelchair that Pryor calls "The Thormobile," and he regularly cruises around in it. With about 10 people on rotation, Thor is consistently looked after. Someone washes him, someone helps him go to the bathroom, someone takes him to physical therapy at Two Hands, Four Paws so he can continue to gain strength. 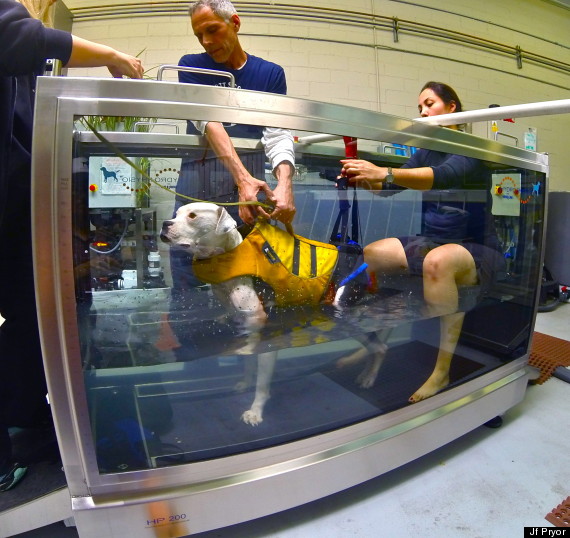 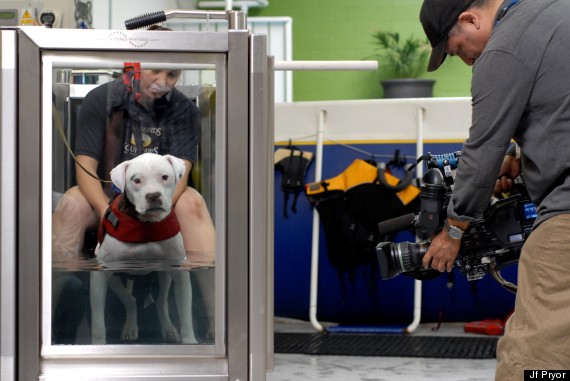 Pryor doesn't place an expectation on Thor's recovery. "We'll take him as far as he wants to go," he told HuffPost. But, last week, after therapy session, Pryor noticed Thor's tail beginning to slightly move.

"I flipping flipped," he recalled. "The movement wasn't a spasm." 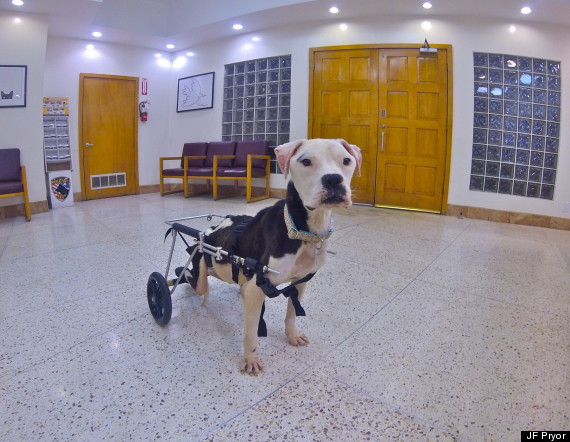 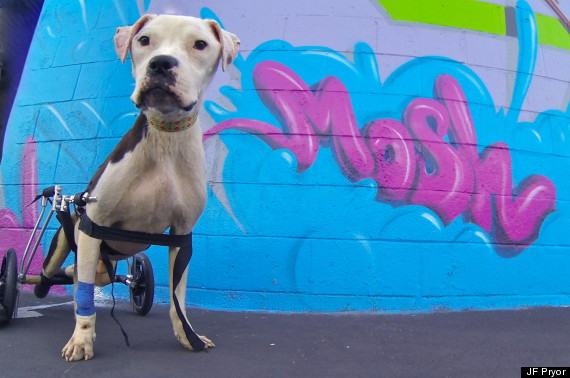 "It's horrific and heinous when these types of rescues have to happen," Pryor said. "But what we believe is if you focus in on that judgement and that hatred, you're not going to end up helping anyone."

"We're all special-needs kids in some way," Pryor says. "We all have physical and emotional limitations. There's not a person on this planet walking or rolling around that doesn't know what it is to face challenges. What Thor is teaching us daily is that you can face these obstacles with a smile and keep rolling through it all." 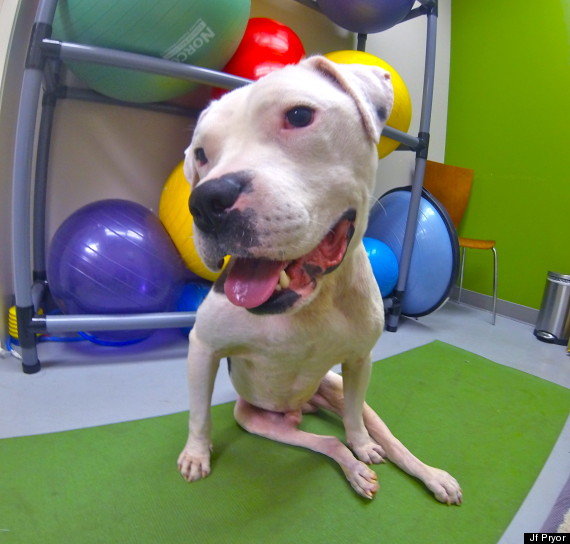 You can keep up with Thor and learn more about The Mutt Scouts on Facebook.

This Paralyzed Dog Was Left To Die On The Streets In Mexico. Now He's Someone's 'Kid' In LA
Animals Who Need Hugs