If Thor's looking for his helmet, he should look to the stars.

Nebula NGC 2359, or "Thor's helmet" -- so called for its remarkable likeness to the Norse god's winged headgear -- glows in bright neon hues in a newly released image from the European Space Agency.

Check it out below, and see if you can make out the resemblance. 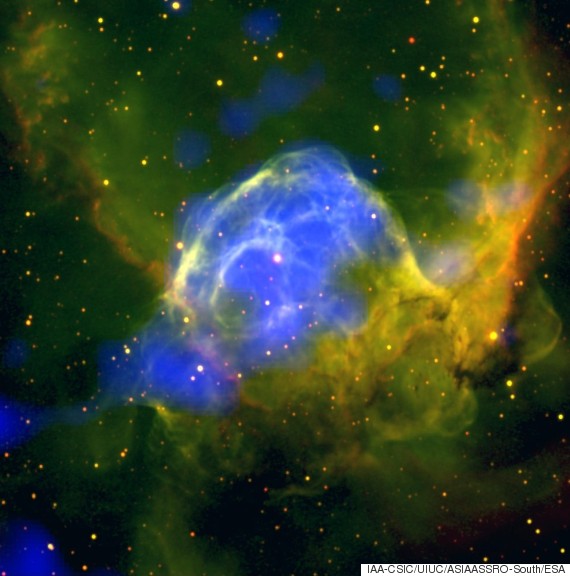 Thor's helmet is located about 15,000 light-years from Earth in the constellation Canis Major.

The new composite-color image combines optical observations from the Cerro Tololo Inter-American Observatory in Chile (shown in green and red) with X-ray emissions (blue) captured by the ESA’s XMM-Newton space observatory in 2013.

The massive star at the nebula's center, dubbed HD 56925, is known as a "Wolf-Rayet star." Near the end of its life, it's shedding massive amounts of gas at speeds of up to 3.4 million mph. According to ESA, that gas can reach temperatures of tens of millions of degrees.