In light of the attacks in Paris and the end of Jihadi John, I'm guessing there will be lots of workplace water cooler talk about Muslims and Middle Easterners in the news. Inevitably, someone will go on a rant about Muslims. That person will get you sued unless you shut them down speedy quick. 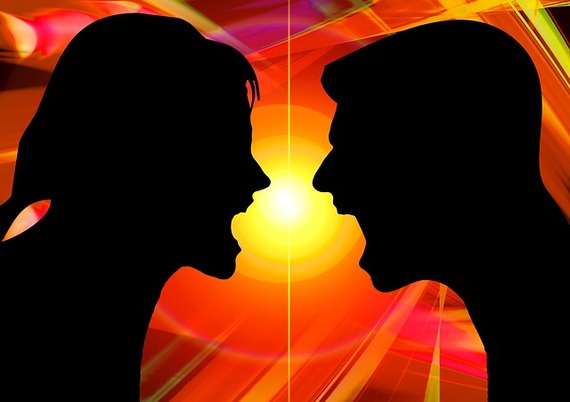 So yes, it is sometimes tempting in anger over a big news story to vent frustrations on someone who looks or sounds different. I've met people from the West Indies, India, and even South America who looked to coworkers or customers slightly Middle Eastern and who were subjected to horrid treatment: name calling, offensive cartoons, moving them to the back of the workplace so customers won't see them, pranks. Calling a dark-skinned person a terrorist, asking them if they are going to cut off your head, or blaming them for ISIS is stupid. It's also illegal. So is refusing to hire an applicant who wears a hijab, bowing to customer preferences not to deal with a Muslim employee, and firing an employee when you find out that they don't hold your religious beliefs.

To HR people, I would urge you to shut down any such activities immediately. You may not be popular, but you might just save the company from a lawsuit. You might remind offenders that all Muslims are not any more responsible for the attacks in Paris than all Americans are responsible for the actions of Timothy McVeigh (the Oklahoma City bomber).

To Muslims and Middle Easterners (and people who "look" Muslim) going to work this week, don't despair. Take good notes of any incidents, with dates, locations, and witnesses. Print out any offensive emails or written materials. Then report it, in writing, to HR. Call it, "Formal Complaint Of Religious/National Origin Harassment." Lay out how you have been treated differently than non-Middle Eastern/non-Muslim employees (or Anglos, etc.) and any harassment you encountered due to your national origin and/or religion.

If they won't shut it down, contact EEOC or an employment lawyer in your state. You have the right to work in a place free of religious and national origin-based harassment.