This is going to sound like an oxymoron, but there is a genuinely amusing cleaning book out there. Really. I'm not kidding you. It's called "My Boyfriend Barfed In My Handbag...And Other Things You Can't Ask Martha," by Jolie Kerr. She's better-known as the author of the "Ask A Clean Person" column on The Hairpin and from her work on Jezebel and Deadspin. There is a whole chapter on laundry and it is not only something a normal person would actually want to read, it also has info that WILL change the way you do laundry. Forever. It's time to open your eyes, people, to the following mistakes you're doing every single time you head to the washing machine:

1. You're using WAY too much detergent. 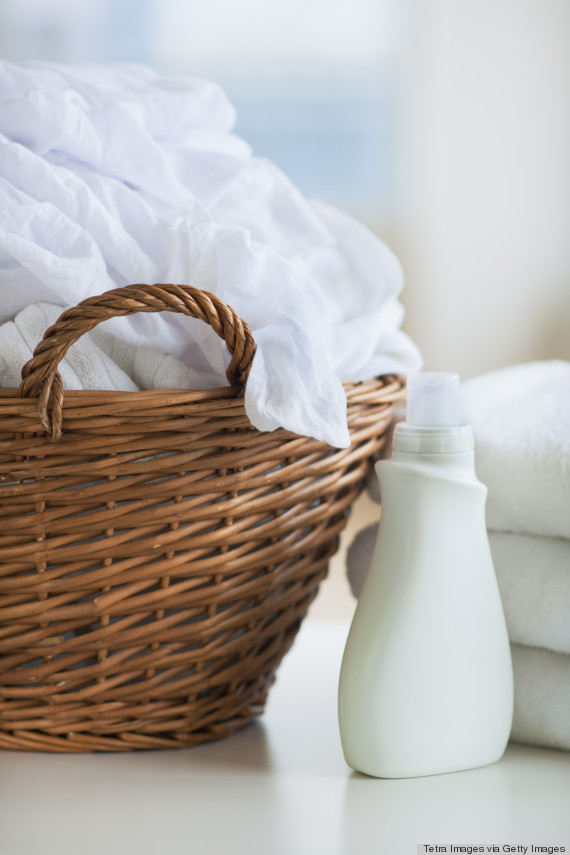 If you've been filling up the bottle's cap in order to measure out the right amount of detergent, you've been living a lie. More soap does not, in fact, mean cleaner clothes. In 2010, The Wall Street Journal called out the epidemic of overpourers, warning us that the excess detergent makes a "[..] high foamy tide inside the machine, lifting soil and lint above the water level so it isn't rinsed away." Basically, a bubble of horrible filth that will ensure that your clothing will never be truly clean. How much is enough? Kerr recommends filling the cap no more than one third to one half of the way -- and the half-way mark is really better for "heavily" soiled items. (There's usually a fine line within the cap that indicates this point, but it's usually so faint it's tough to tell.) Or just use pods.

2. You're not letting the detergent dissolve.
Many of us figure that the "cool" temperature setting will handle any and all materials. This is generally fine, but many detergents don't dissolve as well in cool water. (Particularly powders.) Many detergents are labeled for cold water usage -- you might want to err on the side of caution and go for those formulas if you're keen on the cool cycle.

3. You're not loading the washing machine properly in the first place.
In a top-loading machine, dirty laundry should be the last thing you add to the washer, not the first. And by pouring detergent directly onto the wad of clothes as the water fills, you're taking a big risk that the soap will not dissolve. Which means your clothes will come out dirty and the chore was a pointless exercise in frustration.

4. You're not separating clothing items that should be washed separately. 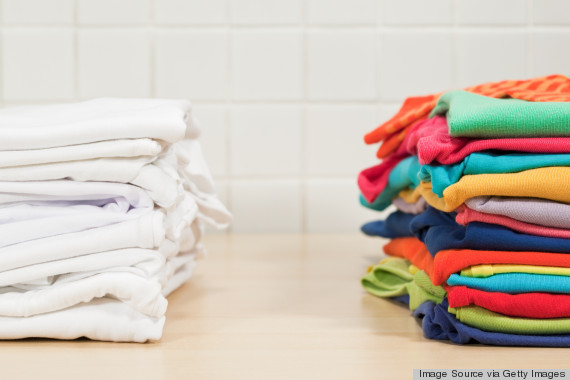 Did you know that if you throw stretchy workout pants in the wash with the fleece-lined sweatshirt you also wore that day, the pants will come out with lint forever embedded in the fabric? Now you do. Wash anything stretchy only with other stretchy items. And while towels can be washed with other cotton items, this is often a recipe for pilled clothing.

5. You're going overboard with fabric softener. 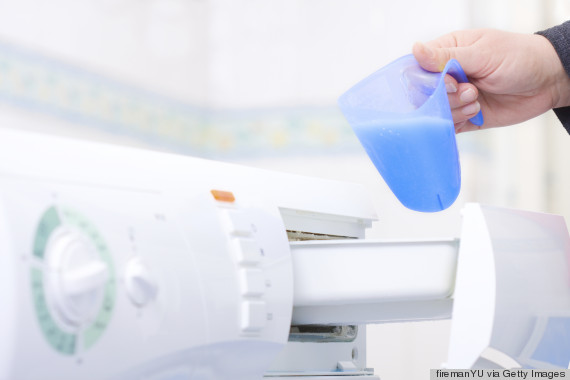 Look, we get it. It smells nice and it does make everything nice and cozy. And the Snuggle bear is the cutest thing to burst out of Madison Avenue. But softeners leave behind a coating on fabrics. This especially presents a problem with towels, because the coating reduces the towel's ability to absorb moisture. Kerr also notes that the liquid softeners can build up in the washing machine, which often leads to stains on clothes that don't react well to such products. If you aren't willing to give up super-softness, Kerr suggests adding a half cup to the laundry during the wash cycle, which also nicely deodorizes.

6. You're drying everything on the "regular" heat setting. 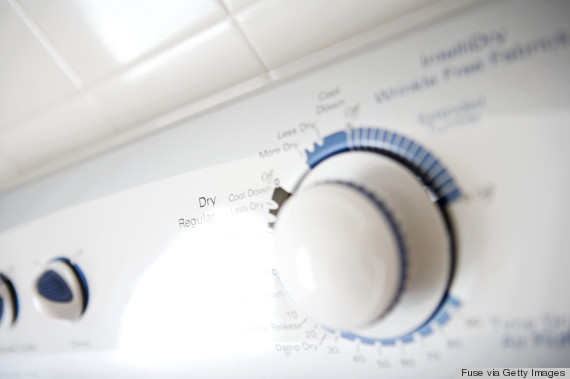 Many new dryers spell out the different heat options with suggested items. However, if you're dealing with an old-school model that offers "tumble dry," "delicate," "permanent press," and "regular," you might think that the last option can work with anything. Not true. Kerr explains that, since this is the highest heat setting, it's best for your heaviest items. So, what's permanent press, you ask? "A medium-heat drying cycle with a cool-down period at the end designed to reduce wrinkling," Kerr says. The more you know.

For more life-changing insights into the mind of a clean person, check out Kerr's book "My Boyfriend Barfed In My Handbag...And Other Things You Can't Ask Martha," (Plume, 2014), out February 25.