Thousands of people from around the world took the streets outside the UN Climate Talks in Warsaw today to demand climate justice.

This weekend is the midway point for the climate conference, known as the "Conference of the Parties," or COP19. The first week of the meetings has been dominated by events outside the meeting halls: the tragedy of Typhoon Haiyan in the Philippines, the controversy surrounding the Polish government's decision to co-host a summit with the World Coal Association during the second week of the talks, and the disappointing news that Japan is backing away from its emission reduction targets and that the Australian government is attempting to repeal its climate regulations.

Now, climate activists and civil society are turning up the heat to demand concrete steps forward during the second week of the negotiations. At the top of the list are the need to see real financial commitments from rich countries to help climate change mitigation and adaptation measures in the developing world, and a commitment by developed countries to bring ambitious emission reduction plans to the table at next September's climate leadership summit hosted by UN Secretary General Ban Ki Moon.

Activists are planning more demonstrations for the second week of the conference to show solidarity with the Philippines and push back on coal industry's greenwashing attempts. Stay tuned to #COP19 on Twitter for more updates from Warsaw. 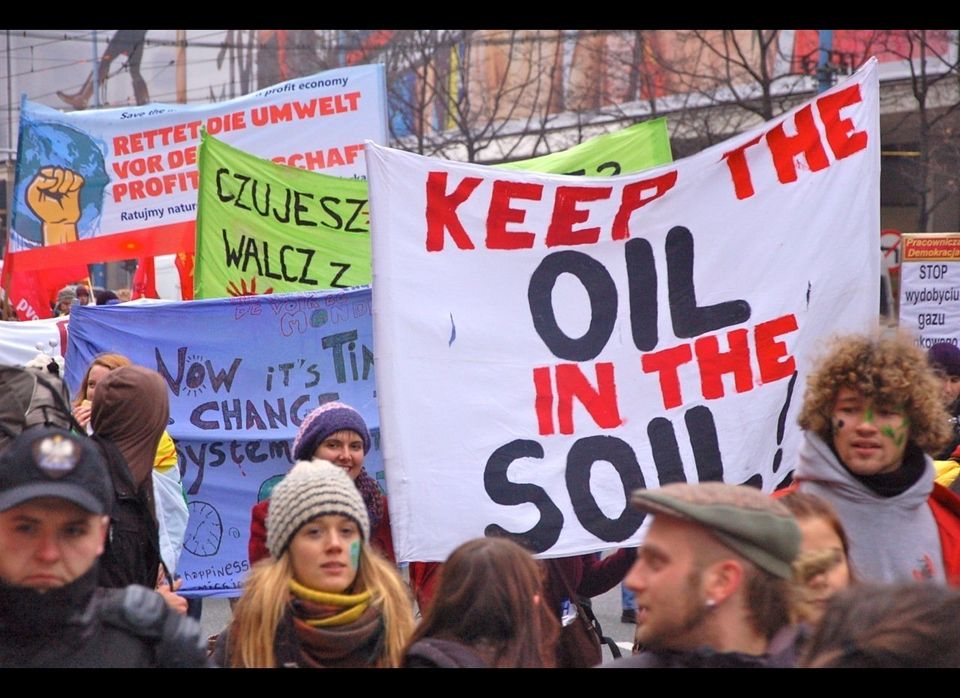