On Sunday, nearly one thousand protesters are expected to join George Washington University's (GW) students and their parents at a commencement ceremony on Washington D.C.'s National Mall to voice concerns about the honorary degree the school plans to confer on Mexican billionaire businessman Carlos Slim.

Protesters have already begun gathering in the streets around GW. Many of the demonstrators are members of "Two Countries One Voice", a coalition of activists dedicated to "exposing Carlos Slim" for amassing, "his wealth on the backs of the Mexican people and how his practices continue to corrode Mexico’s economic development," according to the coalition website.

Slim, a Mexican telecom magnate, is the world's richest person, with a personal fortune larger than those of Americans Bill Gates and Warren Buffett. He is the first person from a developing nation to top the global wealth list, according to Forbes magazine.

Slim's Grupo Carso also has significant holdings in the retail, technology and finance sectors. Critics say Slim's empire has choked off competition, the jobs that smaller companies may have created and contributed to elevated unemployment in Mexico.

"People are in awe of this man and his wealth while ignoring how he's acquired it. He has crippled the Mexican economy through his business practices and has single handedly kept millions in poverty, all while lining his own pockets," said Andres Ramirez, a Two Countries spokesperson according to Market Watch.

"We want to make sure that GW knows that this guy's not a humanitarian, not a philanthropist, he's a corporate monopolist whose taken advantage of people in Latin America," said one of the protesters according to the video above.

In June of 2009, Slim received the President's Medal from GW in recognition of his philanthropic work in Mexico and the region, according to the university's website. 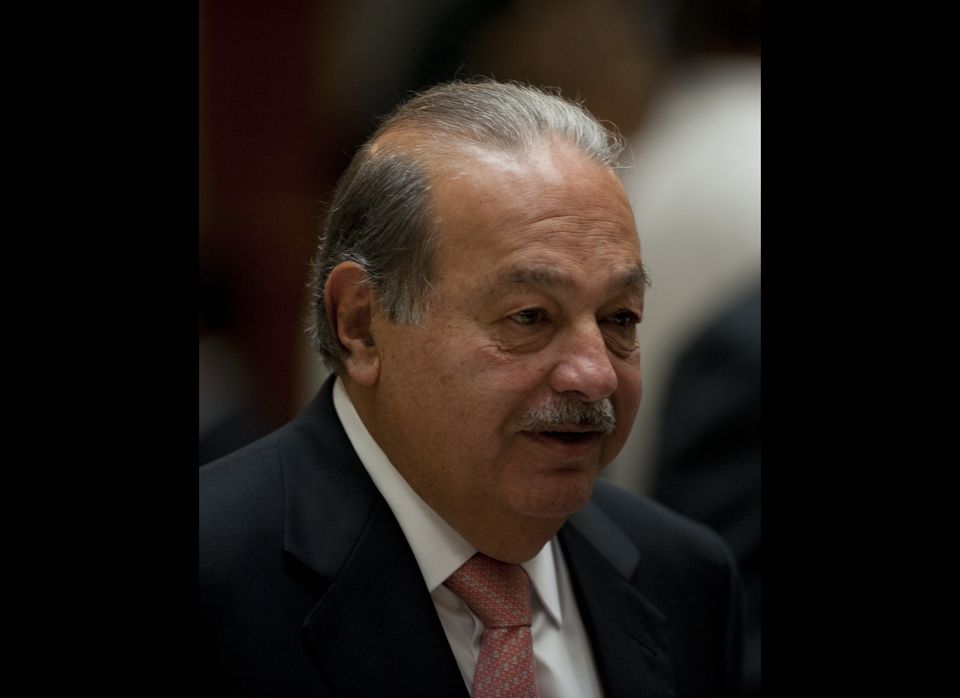 1 / 6
Carlos Slim
Mexican tycoon Carlos Slim smiles attends to a meal with Spanish Prime Minister Mariano Rajoy and Mexican President Felipe Calderon at the National Palace in Mexico City on April 18, 2012. Rajoy is now in an oficial visit to Mexico after attending a meeting of the World Economic Forum on Latin America in the Pacific resort of Puerto Vallarta. AFP PHOTO/Yuri CORTEZ (Photo credit should read YURI CORTEZ/AFP/Getty Images)
Getty