A Texas man is refusing to remove an American flag from the balcony of his new apartment after management allegedly told him it was “a threat to the Muslim Community.”

According to local outlet KHOU, Duy Tran moved into the Lodge on El Dorado in Webster, Texas, a few days ago and promptly hung a flag on his balcony. He claims the apartment manager told him to remove the flag, but Tran says he's waiting to see proof that he doesn't have the right to hang it.

KHOU reported patriotic decorations were visible on other apartments in the complex.

“While the Lodge on El Dorado admires our resident's patriotism, we must enforce our property rules and guidelines," reads a statement given to the outlet by the management office. "Such guidelines maintain the aesthetics of our apartment community and provide for the safety of all residents. The apartment community already proudly displays our country's flag in a safe and appropriate manner at the entrances to our community."

It unclear whether the regulation is in violation of the Freedom to Display the American Flag Act of 2005, which states the following:

A condominium association may not adopt or enforce any policy, or enter into any agreement, that would restrict or prevent a member of the association from displaying the flag of the United States on residential property within the association with respect to which such member has a separate ownership interest or a right to exclusive possession or use.

Social media users bombarded the complex’s Facebook page, offering up their own opinions.

“This is a slap in the face to all those who serve our country proudly. This is still the USA is it not, and there is nothing more AMERICAN than the flag. The company that owns these apartments should be ashamed!!!!!!” wrote one commenter.

“This complex is a disgrace to America and those that have died,” wrote another.

Management at the Lodge on El Dorado did not immediately respond to The Huffington Post’s request for comment. 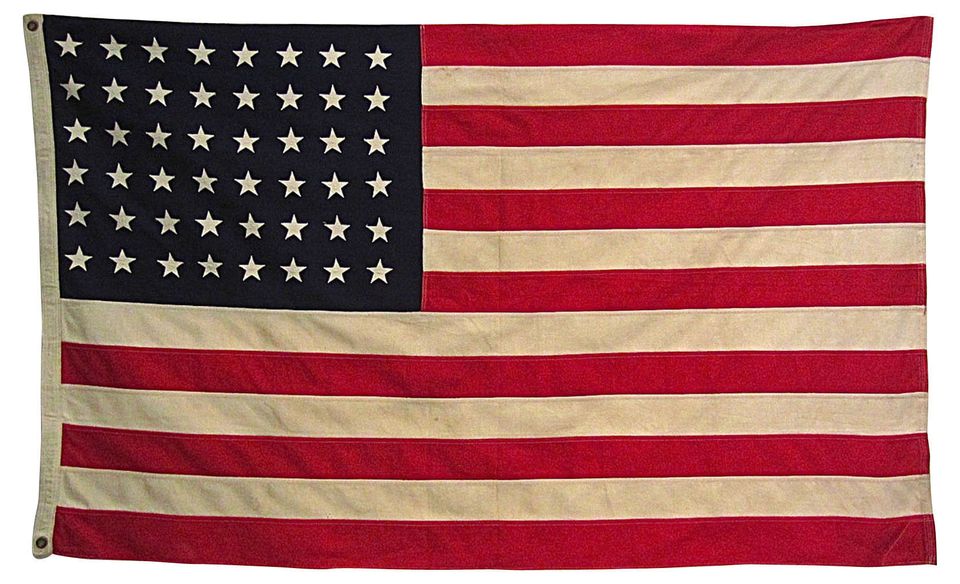