Three American-based women, co-curators of the U.S. Pavilion at the Venice Biennale, are currently engaged in an intense cross-examination of the past 100 years of the practice of architecture in America.

And they're not pulling any punches. 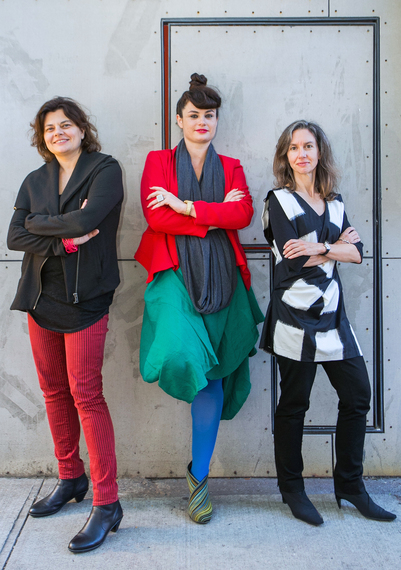 "I am an agitator," says Eva Franch i Gilabert the Director and Chief Curator at Storefront for Art and Architecture, the commissioner of this year's pavilion.

"Our ambition is to look at a vast number of projects, familiar and foreign, through the lens of the practice," says Ashley Schafer, editor of Praxis and associate professor of architecture at Ohio State Univeristy.

""The focus of the project is on the office itself - the space of the office and its organizational intelligence," says Ana Miljacki, associate professor at MIT. 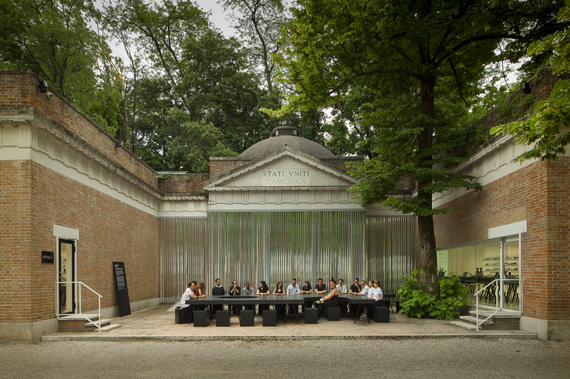 In the five-room, neoclassical pavilion, they've created a library that surveys the prominent American architects who exported design around the world from 1914 to the present. Documenting the work of 120 firms, they've assembled hundreds of booklets and models, and made them available on walls throughout the pavilion.

"The idea is that we produce a space for research and architecture and making," says Franch.

It's been collectively designed by Leong Leong, graphic designer Natasha Jen/Pentagram, and technology consultants at CASE. The research starts with the likes of McKim Mead and White and Cass Gilbert, reaching back across time and the oceans with firm documents, journals and photographs.

"We were interested in looking at the office space itself and what has changed over the last 100 years," Schafer says. "Many of the images that the firms used to represent themselves mostly showed men looking at models." 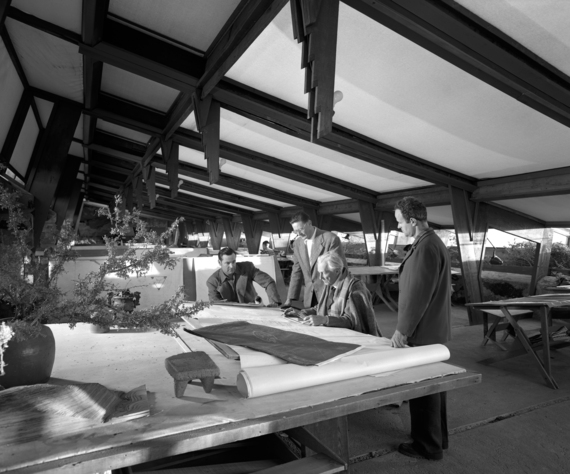 The research succeeds in identifying issues related to the practice, with displays in four rooms surrounding a central space dedicated to the future.

That room contains a circular bed, reflecting the curators' belief that the practice has now evolved to an era when work and play are merging. They call the central space the workground of the future.

"A large percentage of work is now done in bed with a laptop," Franch says.

The curators reached out to aroma-master Christophe Laudemiel to create a custom scent for each of the five rooms, evoking the time and place of its era. It's highly effective, since the sense of smell stimulates and records some of the most vivid impressions on the human mind.

"We like a project that's expansive, where a lot of people contribute," says Miljacki. 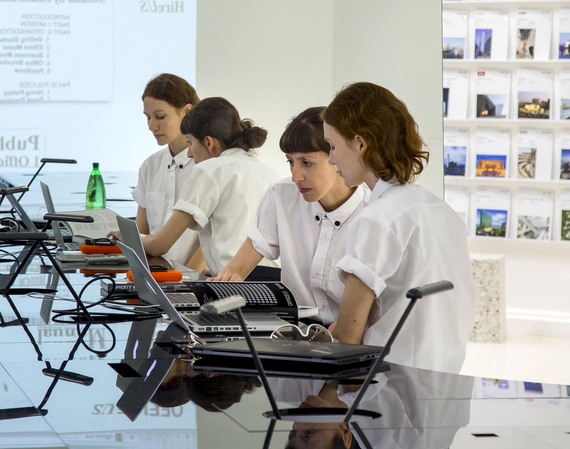 Indeed. They're also collaborating with eight partner firms to document what happens at the pavilion for the next six months of the Biennale. They're seeking to record what they see, think and believe, based on 25 issues/topics and 1,000 documents provided by the curators.

The partners are looking at the issues of labor, gender, economics, and governments -- to examine how architecture contributes not just to the built environment, but to the world as a whole. The intent is to think not just about how great design affects the world, but how the practice itself does. 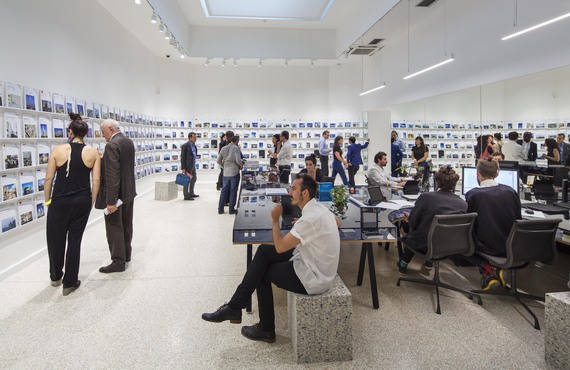 A core idea is to ask that architects gather around ideas, rather than profit. "It's an attempt to produce a descriptive field, to think historically -- and suggest that thinking of architecture as profit is history," Miljacki says.

Like Palladio before them, they're producing four books from their research at the pavilion, including an archives, an atlas, a manual, and a record of the partners' findings.

In effect, they've created a new kind of history, now in the making.

J. Michael Welton writes about architecture, art and design for national and international publications. He also edits and publishes an online design magazine at www.architectsandartisans.com, where portions of this post originally appeared.